We investigated whether the two recently discovered nuclei in NGC 7727 both host a super-massive black hole (SMBH). We used the high spatial resolution mode of the integral-field spectrograph MUSE on the VLT in adaptive optics mode to resolve the stellar kinematics within the sphere of influence of both putative black holes. We combined the kinematic data with an HST-based mass model and used Jeans models to measure their SMBH mass. We report the discovery of a dual SMBH system in NGC 7727. We detect a SMBH in the photometric center of the galaxy in Nucleus 1, with a mass of MSMBH = 1.54−0.15+0.18 × 108 M⊙. In the second nucleus, which is 500 pc offset from the main nucleus, we also find a clear signal for a SMBH with a mass of MBH = 6.33−1.40+3.32 × 106 M⊙. Both SMBHs are detected at high significance. The off-axis nature of Nucleus 2 makes modeling the system challenging; however, a number of robustness tests suggest that a black hole is required to explain the observed kinematics. The SMBH in the offset Nucleus 2 makes up 3.0% of its total mass, which means its SMBH is over-massive compared to the MBH − MBulge scaling relation. This confirms it as the surviving nuclear star cluster of a galaxy that has merged with NGC 7727. This discovery is the first dynamically confirmed dual SMBH system with a projected separation of less than a kiloparsec and the nearest dynamically confirmed dual SMBH at a distance of 27.4 Mpc. The second Nucleus is in an advanced state of inspiral, and it will eventually result in a 1:24 mass ratio SMBH merger. Optical emission lines suggest Nucleus 2 is a Seyfert galaxy, making it a low-luminosity Active Galactic Nuclei. There are likely many more quiescent SMBHs as well as dual SMBH pairs in the local Universe that have been missed by surveys that focus on bright accretion signatures. 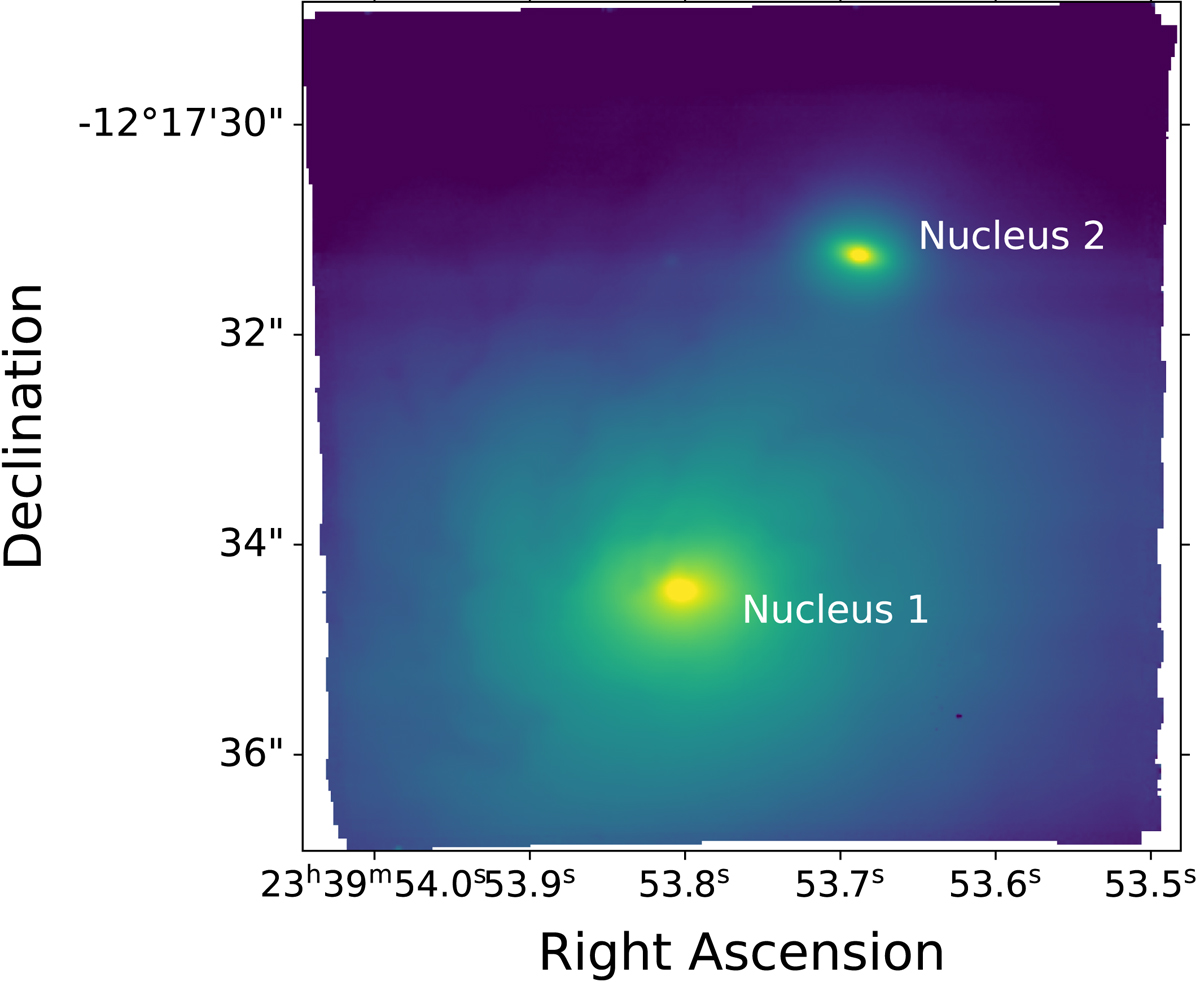