Stars orbiting the compact radio source Sgr A* in the Galactic Center serve as precision probes of the gravitational field around the closest massive black hole. In addition to adaptive optics-assisted astrometry (with NACO/VLT) and spectroscopy (with SINFONI/VLT, NIRC2/Keck and GNIRS/Gemini) over three decades, we have obtained 30-100 μas astrometry since 2017 with the four-telescope interferometric beam combiner GRAVITY/VLTI, capable of reaching a sensitivity of mK = 20 when combining data from one night. We present the simultaneous detection of several stars within the diffraction limit of a single telescope, illustrating the power of interferometry in the field. The new data for the stars S2, S29, S38, and S55 yield significant accelerations between March and July 2021, as these stars pass the pericenters of their orbits between 2018 and 2023. This allows for a high-precision determination of the gravitational potential around Sgr A*. Our data are in excellent agreement with general relativity orbits around a single central point mass, M• = 4.30 × 106 M⊙, with a precision of about ±0.25%. We improve the significance of our detection of the Schwarzschild precession in the S2 orbit to 7σ. Assuming plausible density profiles, the extended mass component inside the S2 apocenter (≈0.23″ or 2.4 × 104 RS) must be ≲3000 M⊙ (1σ), or ≲0.1% of M•. Adding the enclosed mass determinations from 13 stars orbiting Sgr A* at larger radii, the innermost radius at which the excess mass beyond Sgr A* is tentatively seen is r ≈ 2.5″ ≥ 10× the apocenter of S2. This is in full harmony with the stellar mass distribution (including stellar-mass black holes) obtained from the spatially resolved luminosity function. 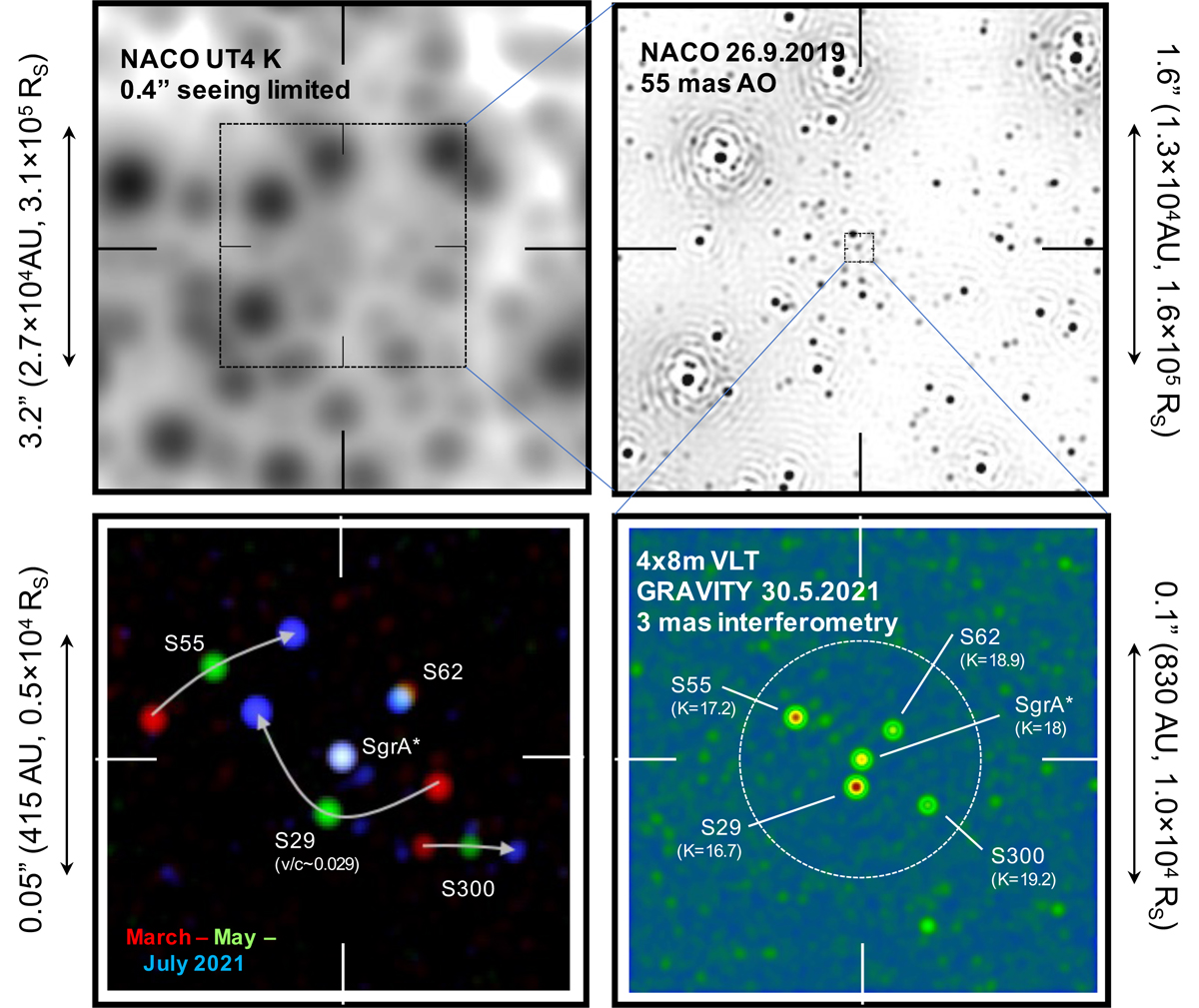