Using X-ray observations from the NuSTAR and Swift satellites, we present temporal and spectral properties of an intermediate polar (IP) IGR J16547-1916. A persistent X-ray period at ∼546 s confirming the optical spin period obtained from previous observations is detected. The detection of a strong X-ray spin pulse reinforces the classification of this system as an intermediate polar. The lack of orbital or side-band periodicities in the X-rays implies that the system is accreting predominantly via a disk. A variable covering absorber appears to be responsible for the spin pulsations in the low energy range. In the high energy band, the pulsations are likely due to the self occultation of tall shocks above the white dwarf surface. The observed double-humped X-ray spin pulse profile indicates two-pole accretion geometry with tall accretion regions in short rotating IP IGR J16547-1916. We present the variation of the spin pulse profile over an orbital phase to account for the effects of orbital motion on the spin pulsation. X-ray spectra obtained from the contemporaneous observations of Swift and NuSTAR in the 0.5-78.0 keV energy band are modeled with a maximum temperature of 31 keV and a blackbody temperature of 64 eV, along with a common column density of 1.8 × 1023 cm−2 and a power-law index of −0.22 for the covering fraction. An additional Gaussian component and a reflection component are needed to account for a fluorescent emission line at 6.4 keV and the occurrence of X-ray reflection in the system. We also present the spin phase-resolved spectral variations of IGR J16547-1916 in the 0.5-78.0 keV energy band and find dependencies in the X-ray spectral parameters during the rotation of the white dwarf.

Based on observations obtained with NuSTAR and Swift. 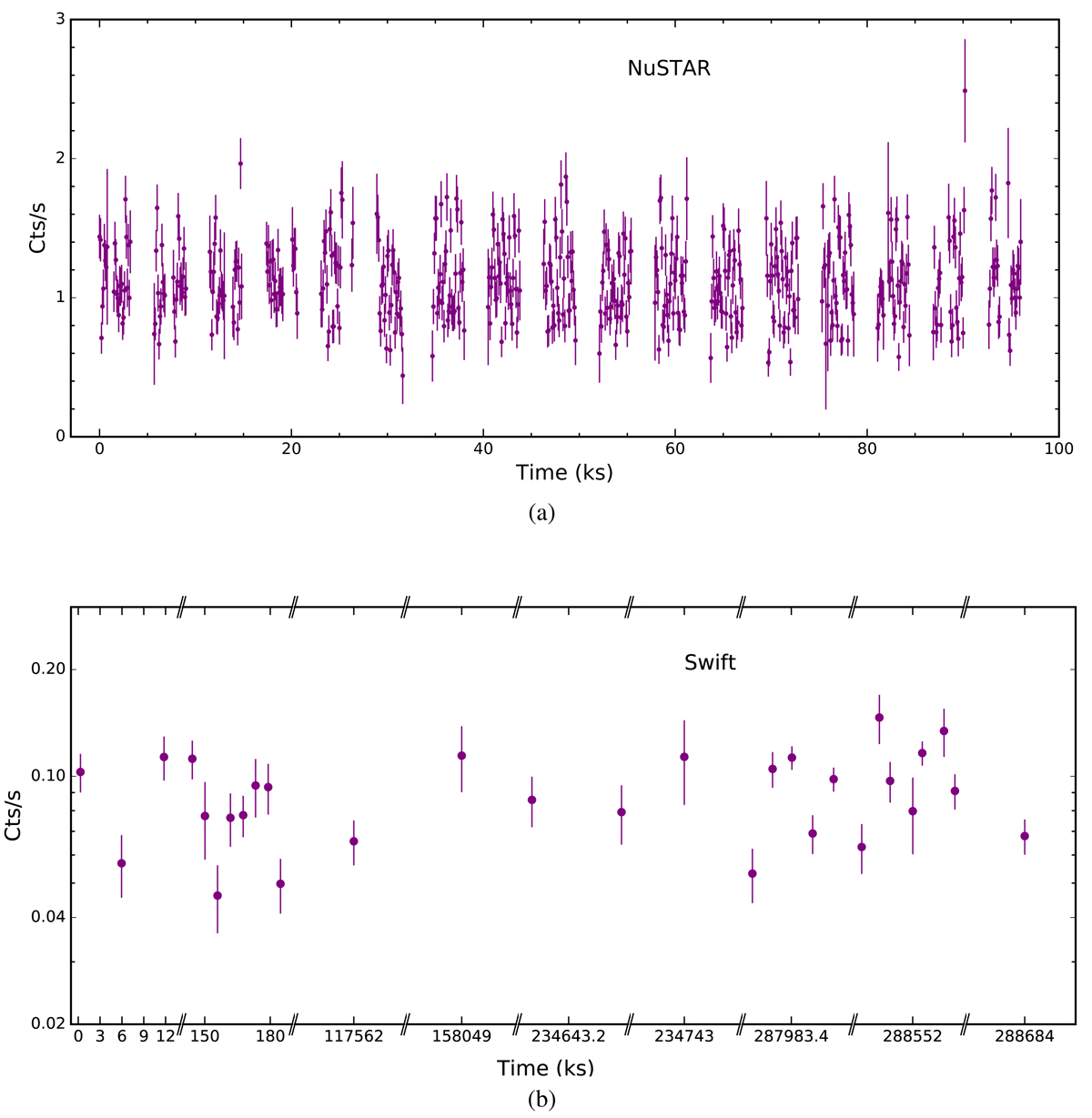