We analyse VLT/MUSE observations of PGC 046832, the brightest cluster galaxy of Abell 3556. The velocity structure of this galaxy is startling and shows two reversals in sign along the minor axis, and one along the major axis. We use triaxial Schwarzschild models to infer the intrinsic shape, central black hole mass, and orbit distribution of this galaxy. The shape determination suggests that the galaxy is highly triaxial in the centre (almost prolate) but has a low triaxiality (almost oblate) in the outer parts. The orbit distribution of the best-fitting Schwarzschild model shows that the kinematic reversal along the projected minor axis is driven by a slight asymmetry in the distribution and amount of long axis tubes in the inner parts. The kinematic reversals along the projected major axis are driven by a high fraction of counter-rotating orbits at intermediate radii in the galaxy. Using chemical tagging of orbits in the Schwarzschild model, we do not find evidence for any association of these orbits with specific stellar population parameters. Although the inner part of the galaxy almost certainty formed through one or more dry mergers producing the prolate shape, the outer parts are consistent with both accretion and in situ formation. While axisymmetric models suggests the presence of a supermassive black hole with mass ~6 × 109 and ~1010 M⊙(with Schwarzschild and Jeans modelling, respectively), triaxial Schwarzschild models provide only an upper limit of ~2 × 109 M⊙. 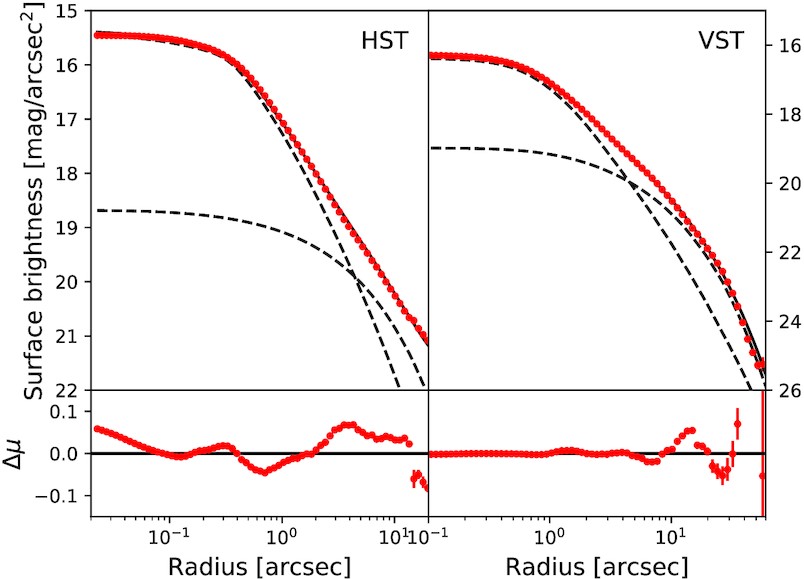