The Galactic neutron star population - I. An extragalactic view of the Milky Way and the implications for fast radio bursts

A key tool astronomers have to investigate the nature of extragalactic transients is their position on their host galaxies. Galactocentric offsets, enclosed fluxes, and the fraction of light statistic are widely used at different wavelengths to help infer the nature of transient progenitors. Motivated by the proposed link between magnetars and fast radio bursts (FRBs), we create a face-on image of the Milky Way using best estimates of its size, structure, and colour. We place Galactic magnetars, pulsars, low-mass, and high-mass X-ray binaries on this image, using the available distance information. Galactocentric offsets, enclosed fluxes, and fraction of light distributions for these systems are compared to extragalactic transient samples. We find that FRBs follow the distributions for Galactic neutron stars closest, with 24 (75 per cent) of the Anderson-Darling tests we perform having a p-value greater than 0.05. This suggests that FRBs are located on their hosts in a manner consistent with Galactic neutron stars on the Milky Way's light, although we cannot determine which specific neutron star population is the best match. The Galactic distributions are consistent with other extragalactic transients much less often across the range of comparisons made, with type Ia SNe in second place, at only 33 per cent of tests exceeding 0.05. Overall, our results provide further support for FRB models invoking isolated young neutron stars, or binaries containing a neutron star. 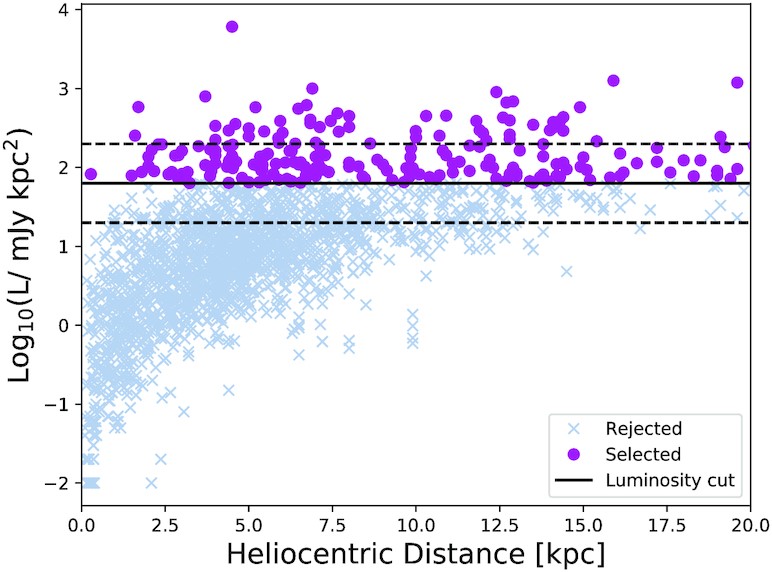