Deciphering the formation of supermassive black holes (SMBHs) is a key science goal for upcoming observational facilities. In many theoretical channels proposed so far, the seed formation depends crucially on local gas conditions. We systematically characterize the impact of a range of gas-based black hole seeding prescriptions on SMBH populations using cosmological simulations. Seeds of mass $M_{\mathrm{seed}}\sim 10^3\!-\!10^{6}~\mathrm{M}_{\odot }\, h^{-1}$ are placed in haloes that exceed critical thresholds for star-forming, metal-poor gas mass and halo mass (defined as $\tilde{M}_{\mathrm{sf,mp}}$ and $\tilde{M}_{\mathrm{h}}$, respectively, in units of Mseed). We quantify the impact of these parameters on the properties of z ≥ 7 SMBHs. Lower seed masses produce higher black hole merger rates (by factors of ~10 and ~1000 at z ~ 7 and z ~ 15, respectively). For fixed seed mass, we find that $\tilde{M}_{\mathrm{h}}$ has the strongest impact on the black hole population at high redshift (z ≳ 15, where a factor of 10 increase in $\tilde{M}_{\mathrm{h}}$ suppresses merger rates by ≳100). At lower redshift (z ≲ 15), we find that $\tilde{M}_{\mathrm{sf,mp}}$ has a larger impact on the black hole population. Increasing $\tilde{M}_{\mathrm{sf,mp}}$ from 5 to 150 suppresses the merger rates by factors of ~8 at z ~ 7-15. This suggests that the seeding criteria explored here could leave distinct imprints on LISA merger rates. In contrast, AGN luminosity functions are much less sensitive to seeding criteria, varying by factors ≲2-3 within our models. Such variations will be challenging to probe even with future sensitive instruments such as Lynx or JWST. Our study provides a useful benchmark for development of seed models for large-volume cosmological simulations. 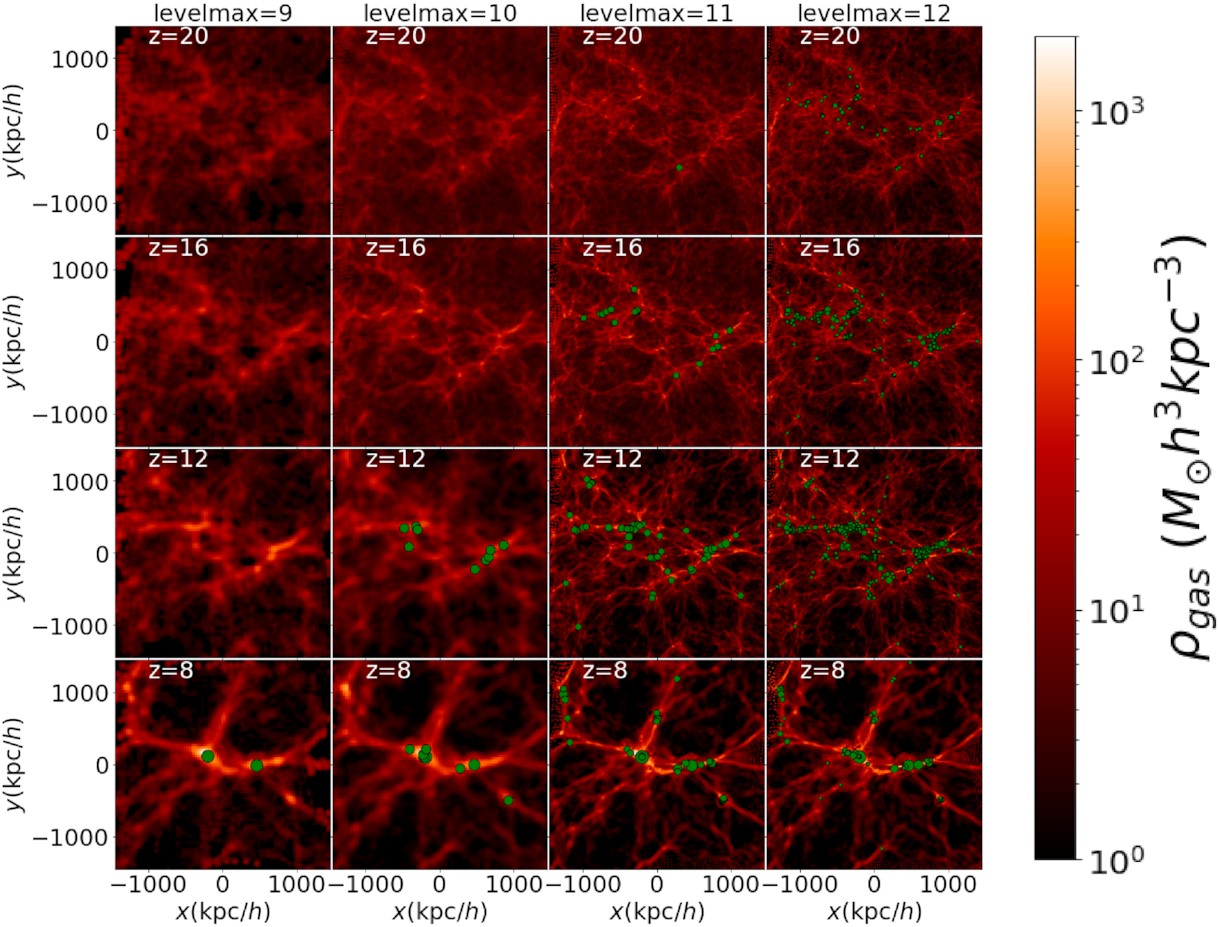