We report here on the first multiwavelength (MWL) campaign on the blazar TXS 1515-273, undertaken in 2019 and extending from radio to very-high-energy gamma-rays (VHE). Up until now, this blazar had not been the subject of any detailed MWL observations. It has a rather hard photon index at GeV energies and was considered a candidate extreme high-synchrotron-peaked source. MAGIC observations resulted in the first-time detection of the source in VHE with a statistical significance of 7.6σ. The average integral VHE flux of the source is 6 ± 1 per cent of the Crab nebula flux above 400 GeV. X-ray coverage was provided by Swift-XRT, XMM-Newton, and NuSTAR. The long continuous X-ray observations were separated by ~9 h, both showing clear hour scale flares. In the XMM-Newton data, both the rise and decay time-scales are longer in the soft X-ray than in the hard X-ray band, indicating the presence of a particle cooling regime. The X-ray variability time-scales were used to constrain the size of the emission region and the strength of the magnetic field. The data allowed us to determine the synchrotron peak frequency and classify the source as a flaring high, but not extreme synchrotron-peaked object. Considering the constraints and variability patterns from the X-ray data, we model the broad-band spectral energy distribution. We applied a simple one-zone model, which could not reproduce the radio emission and the shape of the optical emission, and a two-component leptonic model with two interacting components, enabling us to reproduce the emission from radio to VHE band. 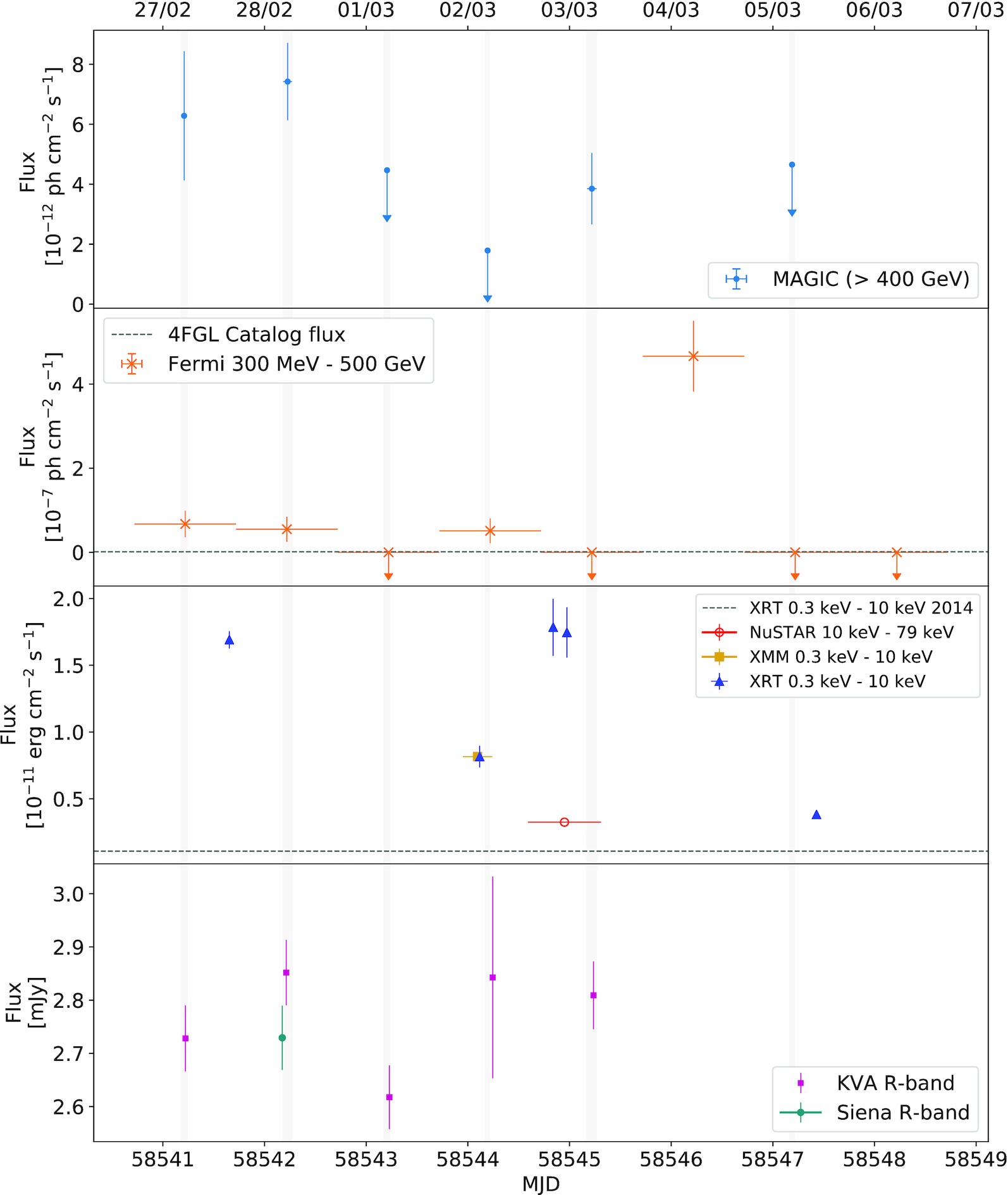