We develop a cosmological model for the evolution of dust grains in galaxies with a distribution of sizes in order to understand the origin of the Milky Way dust extinction curve. Our model considers the formation of active dust in evolved stars, growth by accretion and coagulation, and destruction processes via shattering, sputtering, and astration in the ISM of galaxies over cosmic time. Our main results follow. Galaxies in our cosmological model with masses comparable to the Milky Way's at z ~ 0 exhibit a diverse range of extinction laws, though with slopes and bump strengths comparable to the range observed in the Galaxy. The progenitors of the Milky Way have steeper slopes, and only flatten to slopes comparable to the Galaxy at z ~ 1. This owes to increased grain growth rates at late times/in high-metallicity environments driving up the ratio of large to small grains, with a secondary dependence on the graphite-to-silicate ratio evolution. The UV bump strengths depend primarily on the graphite-to-silicate ratio, and remain broadly constant in MW-like galaxies between z = 3 and z = 0, though show slight variability. Our models span comparable regions of bump-slope space as sightlines in the Galaxy do, though there is a lack of clear relationship between the model slopes and bump strengths owing to variations among galaxies in the graphite-to-silicate ratio. Our model provides a novel framework to study the origins and variations of dust extinction curves in galaxies over cosmic time. 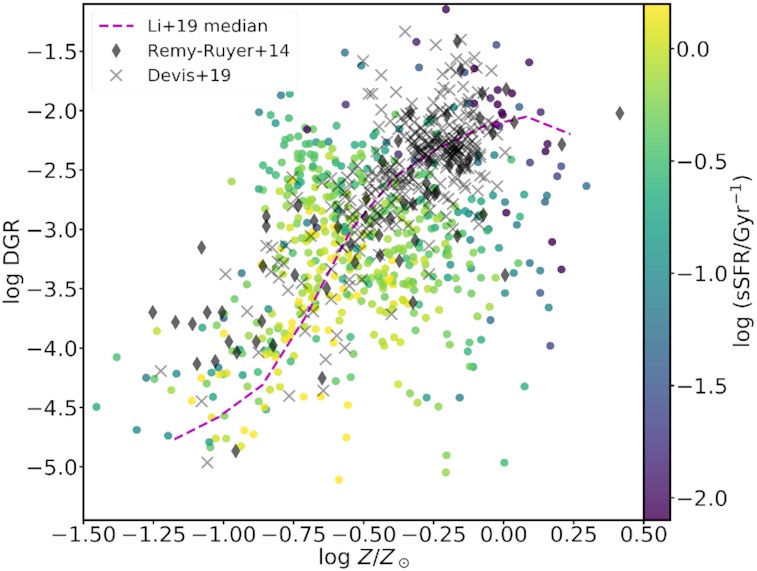