The physical origins and dominant emission mechanisms of Lyman alpha haloes: results from the TNG50 simulation in comparison to MUSE observations

Extended Lyman alpha emission is now commonly detected around high-redshift galaxies through stacking and even on individual basis. Despite recent observational advances, the physical origin of these Lyman alpha haloes (LAHs), as well as their relationships to galaxies, quasars, circumgalactic gas, and other environmental factors remains unclear. We present results from our new Lyman alpha full radiative transfer code VOROILTIS which runs directly on the unstructured Voronoi tessellation of cosmological hydrodynamical simulations. We make use of the TNG50 simulation and simulate LAHs from redshift z = 2 to z = 5, focusing on star-forming galaxies with $8.0 \lt \log _{10}{(M_\star /\rm {M}_\odot)} \lt 10.5$. While TNG50 does not directly follow ionizing radiation, it includes an on-the-fly treatment for active galactic nuclei (AGNs) and ultraviolet background radiation with self-shielding, which are important processes impacting the cooling and ionization of the gas. Based on this model, we present the predictions for the stacked radial surface brightness profiles of Ly α as a function of galaxy mass and redshift. Comparison with data from the MUSE UDF at z > 3 reveals a promising level of agreement. We measure the correlations of LAH size and central brightness with galaxy properties, finding that at the masses of $8.5 \le \log _{10} \left(M_\star /\rm {M}_\odot \right) \le 9.5$, physical LAH sizes roughly double from z = 2 to z = 5. Finally, we decompose the profiles into contributions from diffuse emission and scattered photons from star-forming regions. In our simulations, we find rescattered photons from star-forming regions to be the major source in observed LAHs. Unexpectedly, we find that the flattening of LAH profiles at large radii becomes dominated by photons originating from other nearby haloes rather than diffuse emission itself. 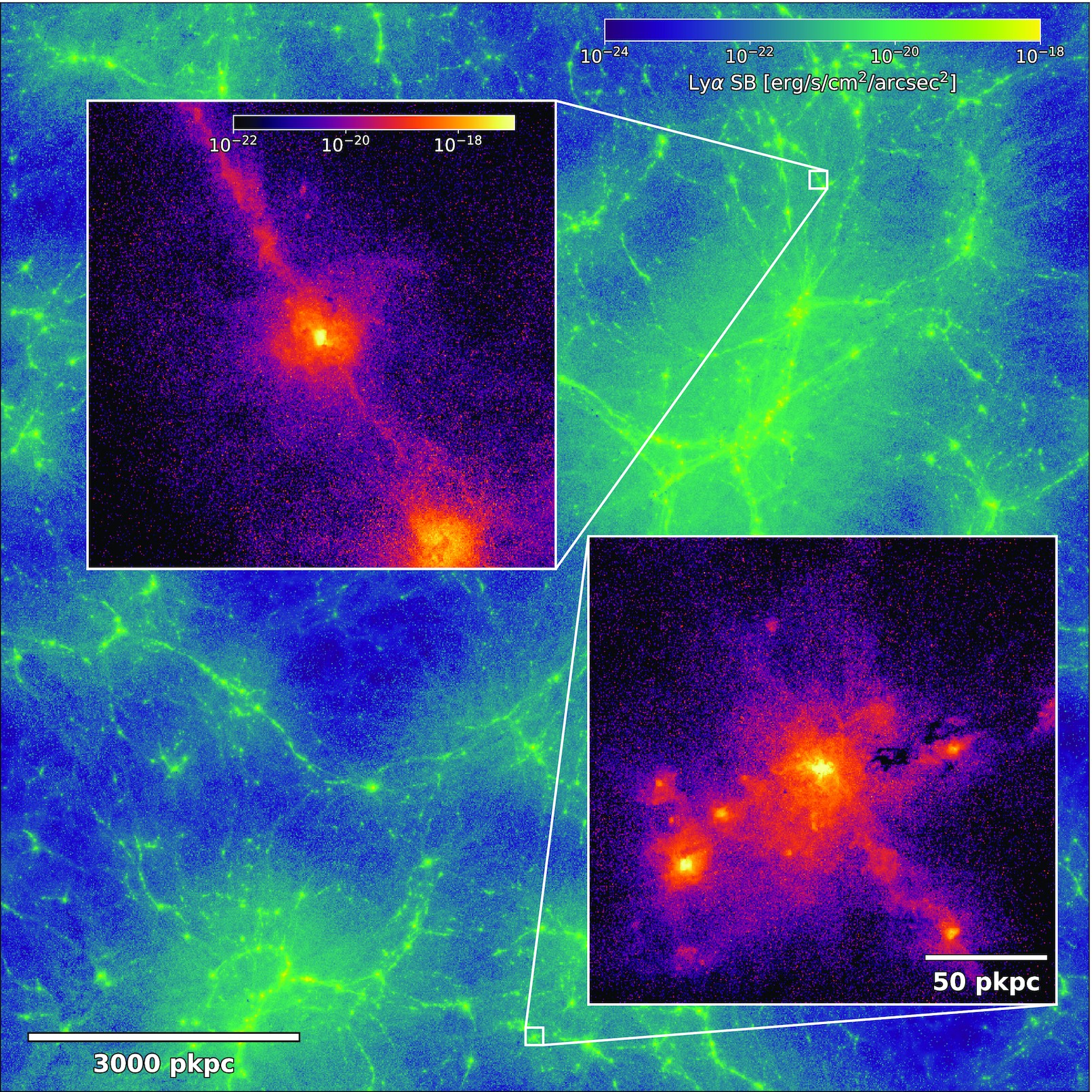