Quenched fractions in the IllustrisTNG simulations: comparison with observations and other theoretical models 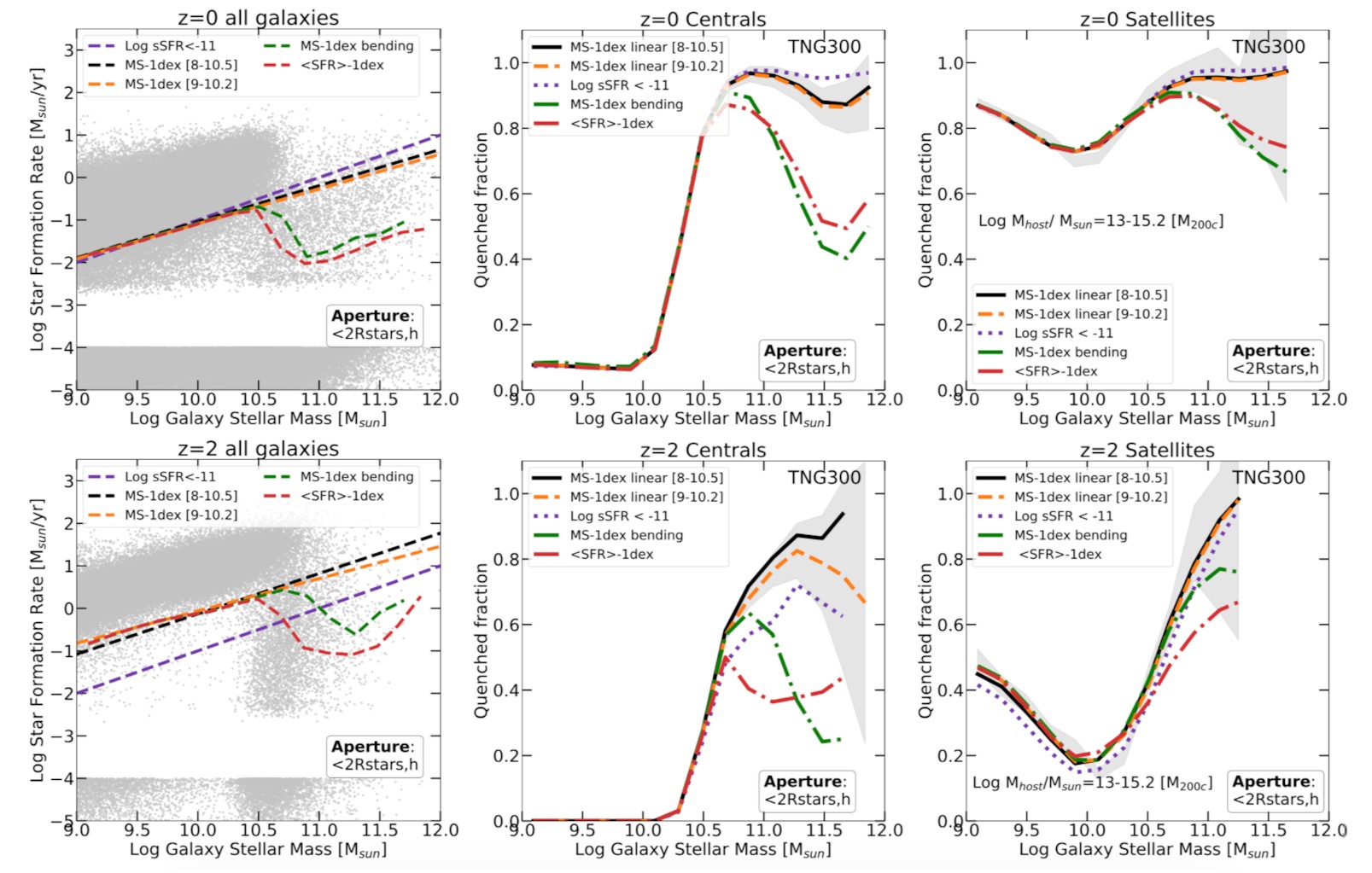