We report on results of spectropolarimetry of the afterglow of the long gamma-ray burst GRB 191221B, obtained with SALT/RSS and VLT/FORS2, as well as photometry from two telescopes in the MASTER Global Robotic Network, at the MASTER-SAAO (South Africa) and MASTER-OAFA (Argentina) stations. Prompt optical emission was detected by MASTER-SAAO 38 s after the alert, which dimmed from a magnitude (white-light) of ~10-16.2 mag over a period of ~10 ks, followed by a plateau phase lasting ~10 ks and then a decline to ~18 mag after 80 ks. The light curve shows complex structure, with four or five distinct breaks in the power-law decline rate. SALT/RSS linear spectropolarimetry of the afterglow began ~2.9 h after the burst, during the early part of the plateau phase of the light curve. Absorption lines seen at ~6010 and 5490 Å are identified with the Mg II 2799 Å line from the host galaxy at z = 1.15 and an intervening system located at z = 0.96. The mean linear polarization measured over 3400-8000 Å was ~1.5 per cent and the mean equatorial position angle (θ) was ~65°. VLT/FORS2 spectropolarimetry was obtained ~10 h post-burst, during a period of slow decline (α = -0.44), and the polarization was measured to be p = 1.2 per cent and θ = 60°. Two observations with the MeerKAT radio telescope, taken 30 and 444 d after the GRB trigger, detected radio emission from the host galaxy only. We interpret the light curve and polarization of this long GRB in terms of a slow-cooling forward shock. 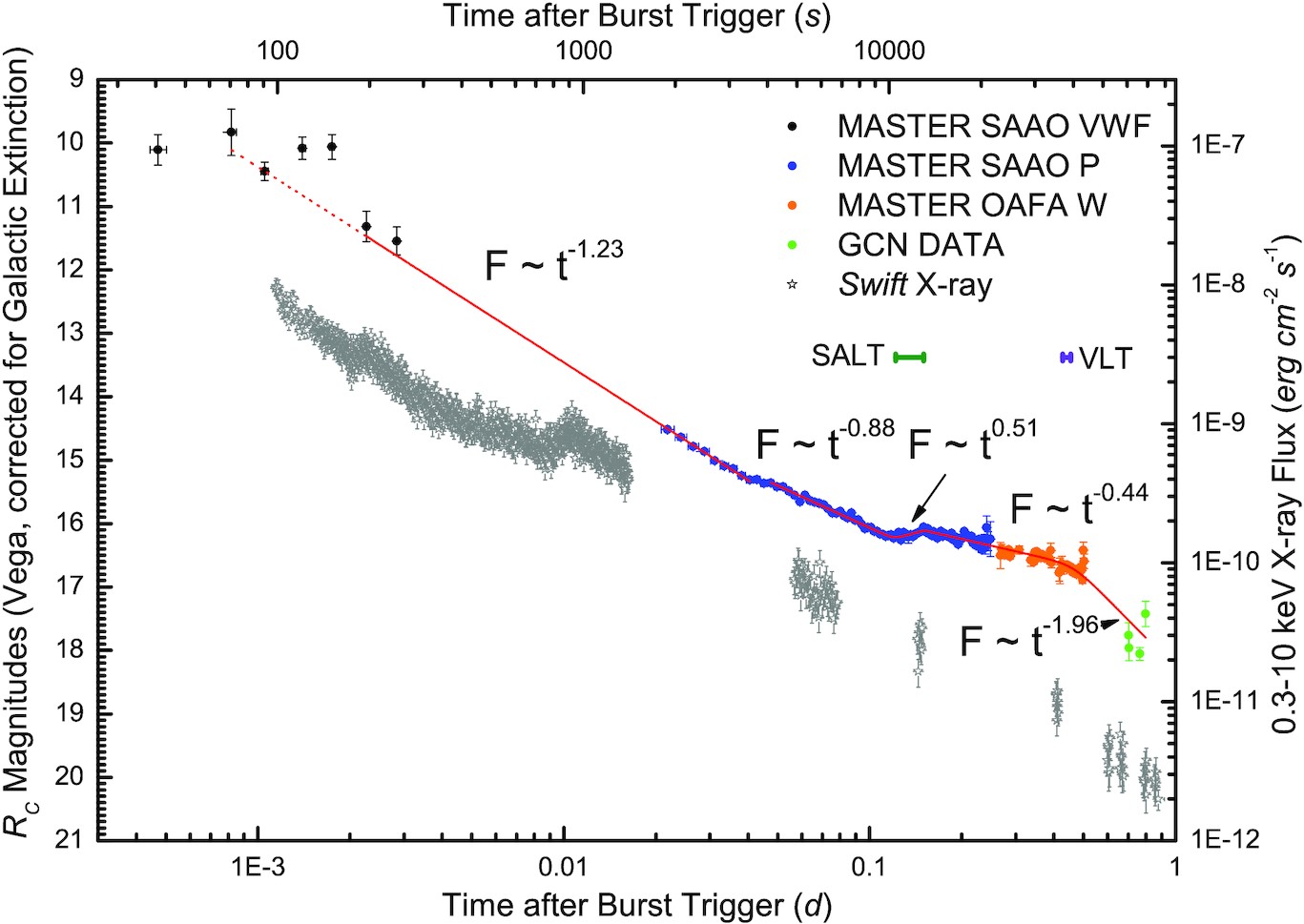