On the multiwavelength variability of Mrk 110: two components acting at different time-scales

We present the first intensive continuum reverberation mapping study of the high accretion-rate Seyfert galaxy Mrk 110. The source was monitored almost daily for more than 200 d with the Swift X-ray and ultraviolet (UV)/optical telescopes, supported by ground-based observations from Las Cumbres Observatory, the Liverpool Telescope, and the Zowada Observatory, thus extending the wavelength coverage to 9100 Å. Mrk 110 was found to be significantly variable at all wavebands. Analysis of the intraband lags reveals two different behaviours, depending on the time-scale. On time-scales shorter than 10 d the lags, relative to the shortest UV waveband (~1928 Å), increase with increasing wavelength up to a maximum of ~2 d lag for the longest waveband (~9100 Å), consistent with the expectation from disc reverberation. On longer time-scales, however, the g-band lags the Swift BAT hard X-rays by ~10 d, with the z-band lagging the g-band by a similar amount, which cannot be explained in terms of simple reprocessing from the accretion disc. We interpret this result as an interplay between the emission from the accretion disc and diffuse continuum radiation from the broad-line region. 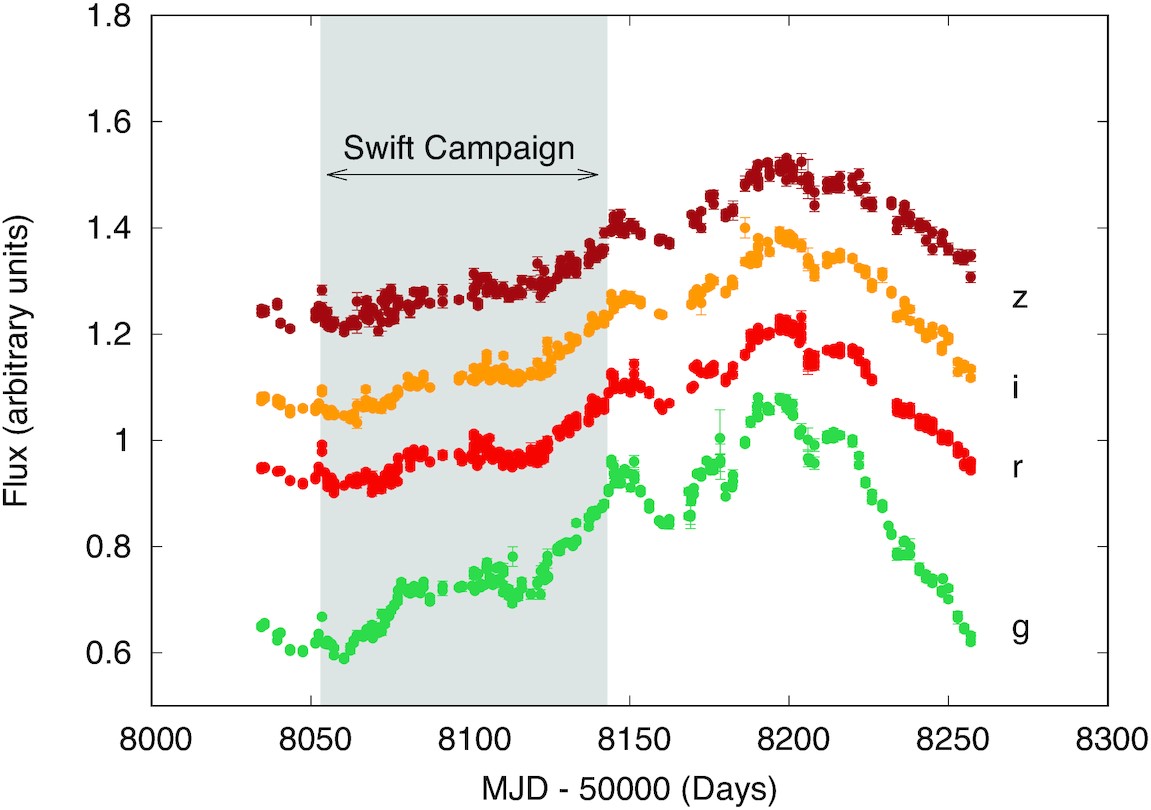