Among the intermediate mass pulsating stars known as δ Sct stars is a subset of high-amplitude and predominantly radial-mode pulsators known as high-amplitude δ Sct (HADS) stars. From more than 2000 δ Sct stars observed by the Kepler space mission, only two HADS stars were detected. We investigate the more perplexing of these two HADS stars, KIC 5950759. We study its variability using ground- and space-based photometry, determine its atmospheric parameters from spectroscopy and perform asteroseismic modelling to constrain its mass and evolutionary stage. From spectroscopy, we find that KIC 5950759 is a metal-poor star, which is in agreement with the inferred metallicity needed to reproduce its pulsation mode frequencies from non-adiabatic pulsation models. Furthermore, we combine ground-based WASP and Kepler space photometry, and measure a linear change in period of order $\dot{P}/P \simeq 10^{-6}$ yr-1 for both the fundamental and first overtone radial modes across a time base of several years, which is at least two orders of magnitude larger than predicted by evolution models, and is the largest measured period change in a δ Sct star to date. Our analysis indicates that KIC 5950759 is a metal-poor HADS star near the short-lived contraction phase and the terminal-age main sequence, with its sub-solar metallicity making it a candidate SX Phe star. KIC 5950759 is a unique object among the thousands of known δ Sct stars and warrants further study to ascertain why its pulsation modes are evolving remarkably faster than predicted by stellar evolution. 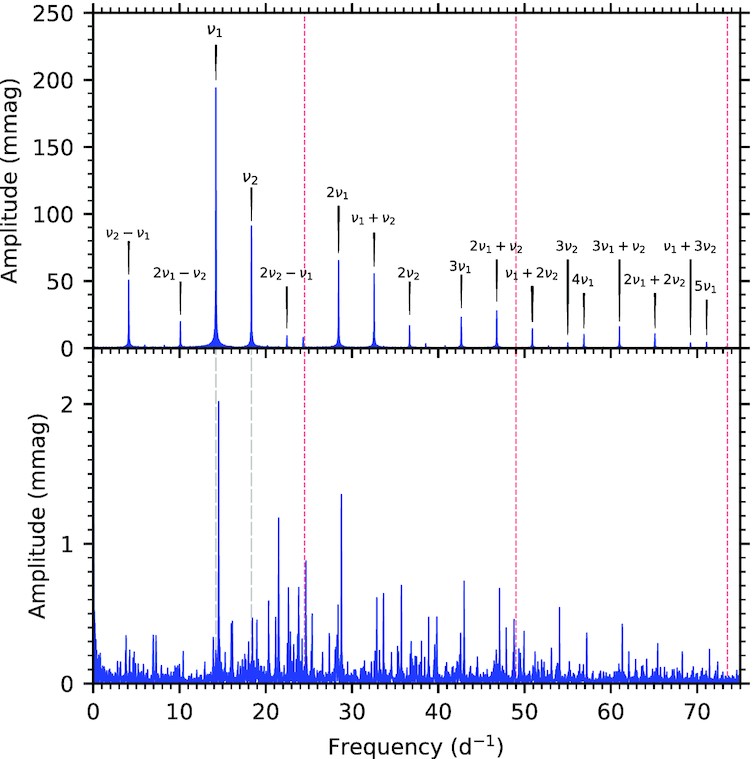