W 601 (NGC 6611 601) is one of the handful of known magnetic Herbig Ae/Be stars. We report the analysis of a large data set of high-resolution spectropolarimetry. The star is a previously unreported spectroscopic binary, consisting of two B2 stars with a mass ratio of 1.8, masses of 12 and 6.2 M⊙, in an eccentric 110-d orbit. The magnetic field belongs to the secondary, W 601 B. The H α emission is consistent with an origin in W 601 B's centrifugal magnetosphere; the star is therefore not a classical Herbig Be star in the sense that its emission is not formed in an accretion disc. However, the low value of log g = 3.8 determined via spectroscopic analysis and the star's membership in the young NGC 6611 cluster are most consistent with it being on the pre-main sequence. The rotational period inferred from the variability of the H α line and the longitudinal magnetic field ⟨Bz⟩ is 1.13 d. Modelling of Stokes V and ⟨Bz⟩ indicates a surface dipolar magnetic field Bd between 6 and 11 kG. With its strong emission, rapid rotation, and strong surface magnetic field, W 601 B is likely a precursor to H α-bright magnetic B-type stars such as σ Ori E. By contrast, the primary is an apparently non-magnetic (Bd < 300 G) pre-main-sequence early B-type star. In accordance with expectations from magnetic braking, the non-magnetic primary is apparently more rapidly rotating than the magnetic star. 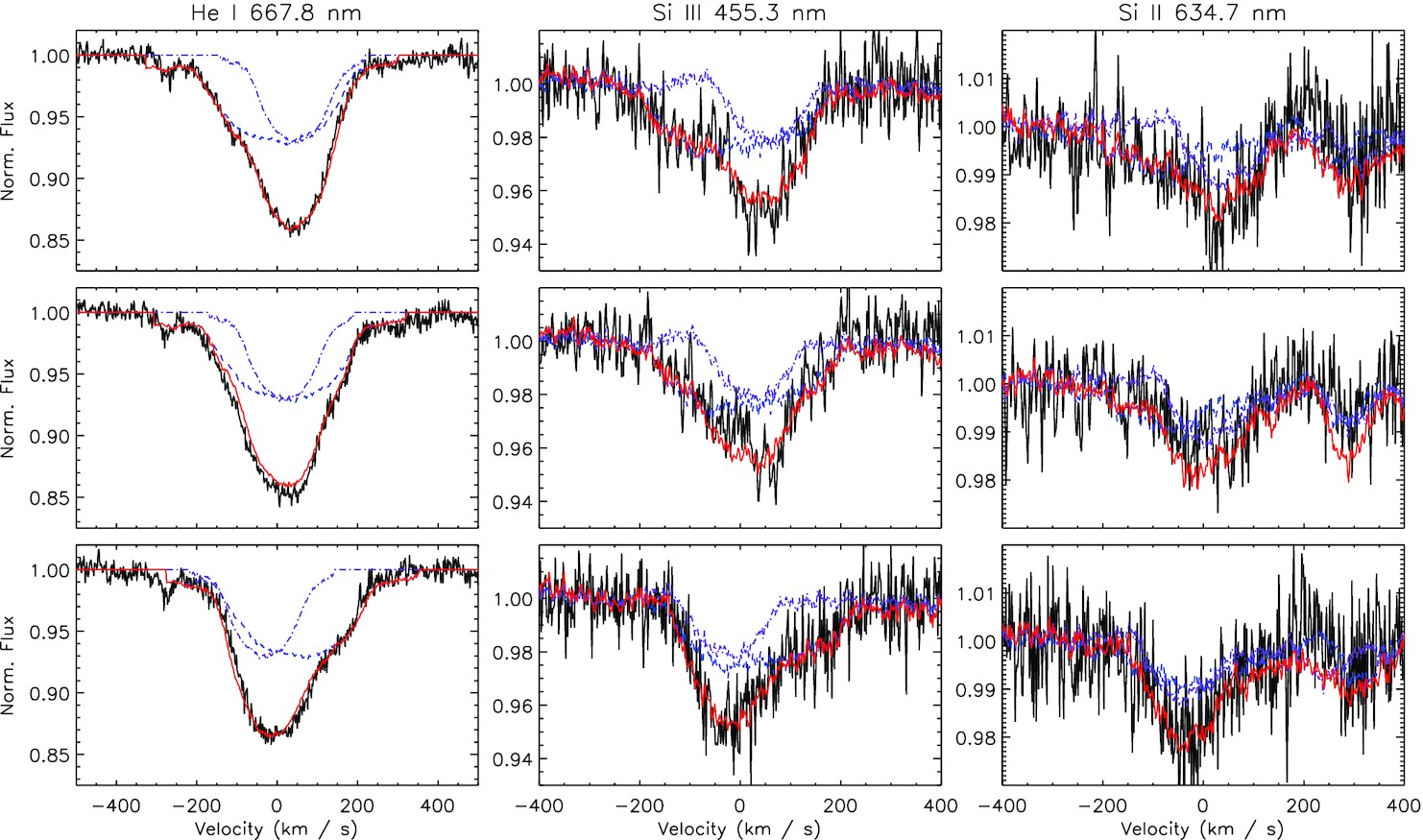