Cosmological magnetogenesis: the Biermann battery during the Epoch of reionization

We investigate the effect of the Biermann battery during the Epoch of reionization (EoR) using cosmological Adaptive Mesh Refinement simulations within the framework of the SPHINX project. We develop a novel numerical technique to solve for the Biermann battery term in the Constrained Transport method, preserving both the zero divergence of the magnetic field and the absence of Biermann battery for isothermal flows. The structure-preserving nature of our numerical method turns out to be very important to minimize numerical errors during validation tests of the propagation of a Str'omgren sphere and of a Sedov blast wave. We then use this new method to model the evolution of a 2.5 and 5 co-moving Mpc cosmological box with a state-of-the-art galaxy formation model within the RAMSES code. Contrary to previous findings, we show that three different Biermann battery channels emerge: the first one is associated with linear perturbations before the EoR, the second one is the classical Biermann battery associated with reionization fronts during the EoR, and the third one is associated with strong, supernova-driven outflows. While the two former channels generate spontaneously volume-filling magnetic fields with a strength on the order or below 10-20 G, the latter, owing to the higher plasma temperature and a marginally resolved turbulent dynamo, reaches a field strength as high as 10-18 G in the intergalactic medium around massive haloes. 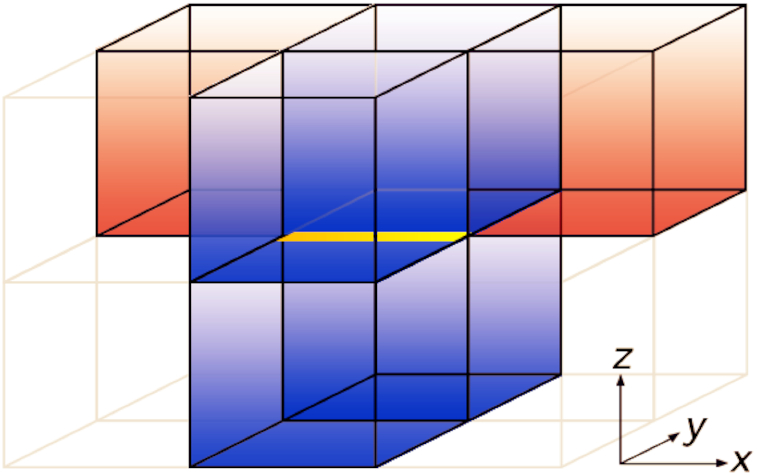