We have discovered an overdensity of Hα-emitting galaxies associated with a Planck compact source in the COSMOS field (PHz G237.0+42.5) through narrow-band imaging observations with the Subaru Multi-Object InfraRed Camera and Spectrograph (MOIRCS). This Planck-selected dusty proto-cluster at z = 2.16 has 38 Hα emitters including six spectroscopically confirmed galaxies in the observed MOIRCS 4 × 7 arcmin2 field (corresponding to ∼2.0 × 3.5 Mpc2 in the physical scale). We find that massive Hα emitters with log (M⋆/M⊙) >10.5 are strongly clustered in the core of the proto-cluster (within ∼300 kpc from the density peak of the Hα emitters). Most of the Hα emitters in this proto-cluster lie along the star-forming main sequence using Hα-based estimates of the star formation rate (SFR). Meanwhile, the cluster total SFRs derived by integrating the Hα-based SFRs is an order of magnitude smaller than those estimated from Planck/Herschel far-infrared photometry. Our results suggest that Hα is a good observable for detecting moderately star-forming galaxies and for tracing the large-scale environment in and around high-redshift dusty proto-clusters. However, there is a possibility that a large fraction of star formation could be obscured by dust and undetected in Hα observations. 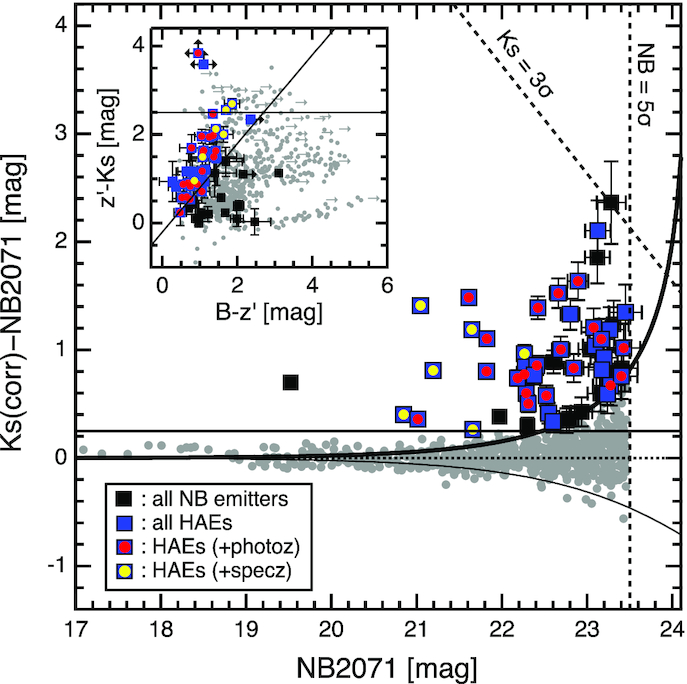