We present sub-arcsecond resolution Atacama Large Millimeter Array imaging of the CO(3-2) emission in two z ∼ 2.5 heavily reddened quasars (HRQs) - ULASJ1234+0907 and ULASJ2315+0143 - and their companion galaxies. Dynamical modelling of the resolved velocity fields enables us to constrain the molecular gas morphologies and host galaxy masses. Combining the new data with extensive multiwavelength observations, we are able to study the relative kinematics of different molecular emission lines, the molecular gas fractions, and the locations of the quasars on the MBH-Mgal relation. Despite having similar black hole properties, the two HRQs display markedly different host galaxy properties and local environments. J1234 has a very massive host - Mdyn ∼ 5 × 1011 M⊙ and two companion galaxies that are similarly massive located within 200 kpc of the quasar. The molecular gas fraction is low (∼6 per cent). The significant ongoing star formation in the host galaxy is entirely obscured at rest-frame ultraviolet (UV) and optical wavelengths. J2315 is resolved into a close-separation major merger (Δr = 15 kpc; Δv = 170 km s-1) with a ∼1:2 mass ratio. The total dynamical mass is estimated to be ≲1011 M⊙ and the molecular gas fraction is high (>45 per cent). A new HSC image of the galaxy shows unobscured UV-luminous star-forming regions co-incident with the extended reservoir of cold molecular gas in the merger. We use the outputs from the Illustris simulations to track the growth of such massive black holes from z ∼ 6 to the present day. While J1234 is consistent with the simulated z ∼ 2 relation, J2315 has a black hole that is overmassive relative to its host galaxy. 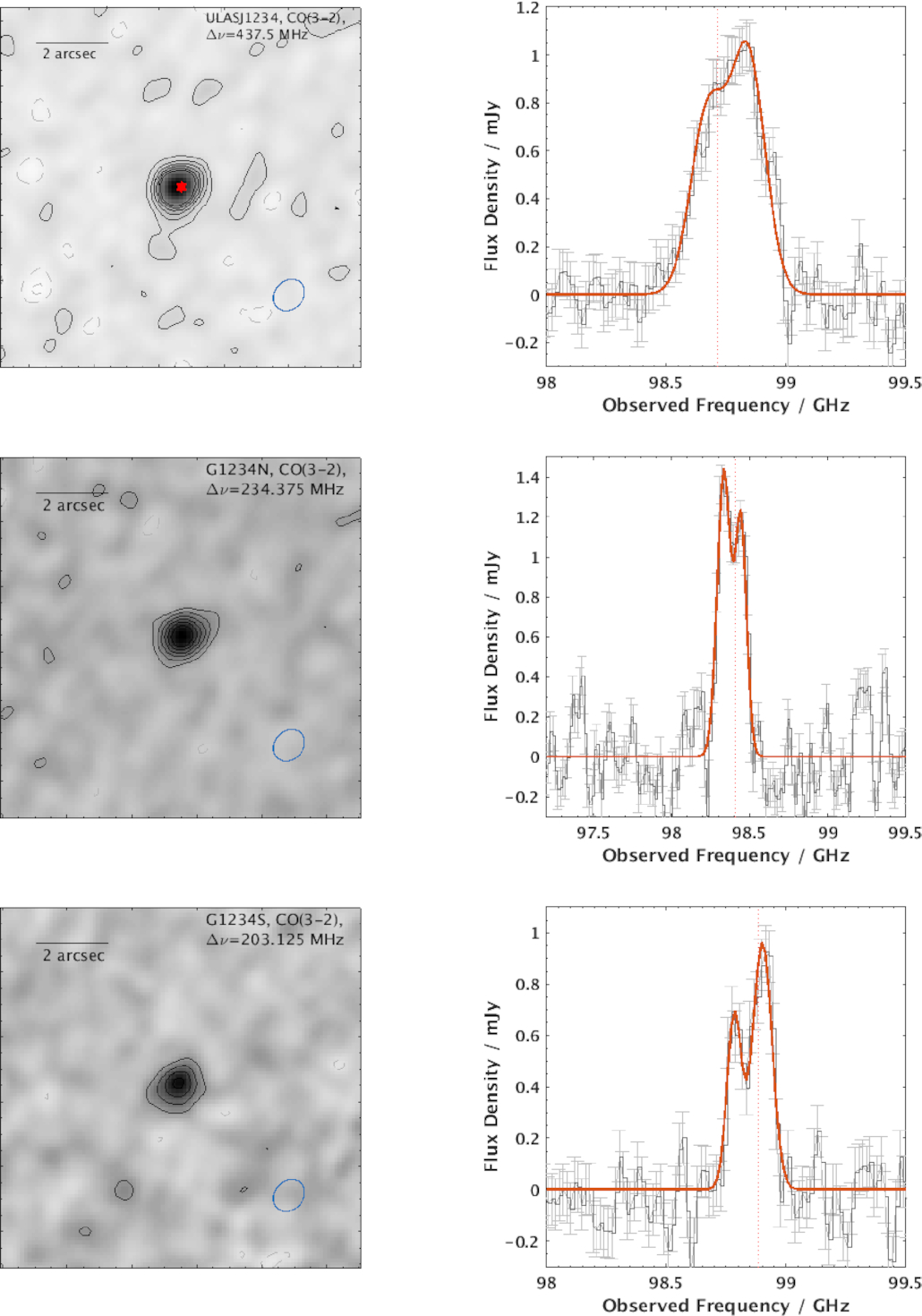