A key feature of a large population of low-mass, late-type disc galaxies are star-forming discs with exponential light distributions. They are typically also associated with thin and flat morphologies, blue colours, and dynamically cold stars moving along circular orbits within co-planar thin gas discs. However, the latter features do not necessarily always imply the former, in fact, a variety of different kinematic configurations do exist. In this work, we use the cosmological hydrodynamical IllustrisTNG simulation to study the nature and origin of dynamically hot, sometimes even counter-rotating, star-forming disc galaxies in the lower stellar mass range (between $5\times 10^9\, \mathrm{M_{\odot }}$ and $2\times 10^{10}\, \mathrm{M_{\odot }}$ ). We find that being dynamically hot arises in most cases as an induced transient state, for example due to galaxy interactions and merger activities, rather than as an age-dependent evolutionary phase of star-forming disc galaxies. The dynamically hot but still actively star-forming discs show a common feature of hosting kinematically misaligned gas and stellar discs, and centrally concentrated on-going star formation. The former is often accompanied by disturbed gas morphologies, while the latter is reflected in low gas and stellar spins in comparison to their dynamically cold, normal disc counterparts. Interestingly, observed galaxies from MaNGA with kinematic misalignment between gas and stars show remarkably similar general properties as the IllustrisTNG galaxies, and therefore are plausible real-world counterparts. In turn, this allows us to make predictions for the stellar orbits and gas properties of these misaligned galaxies. 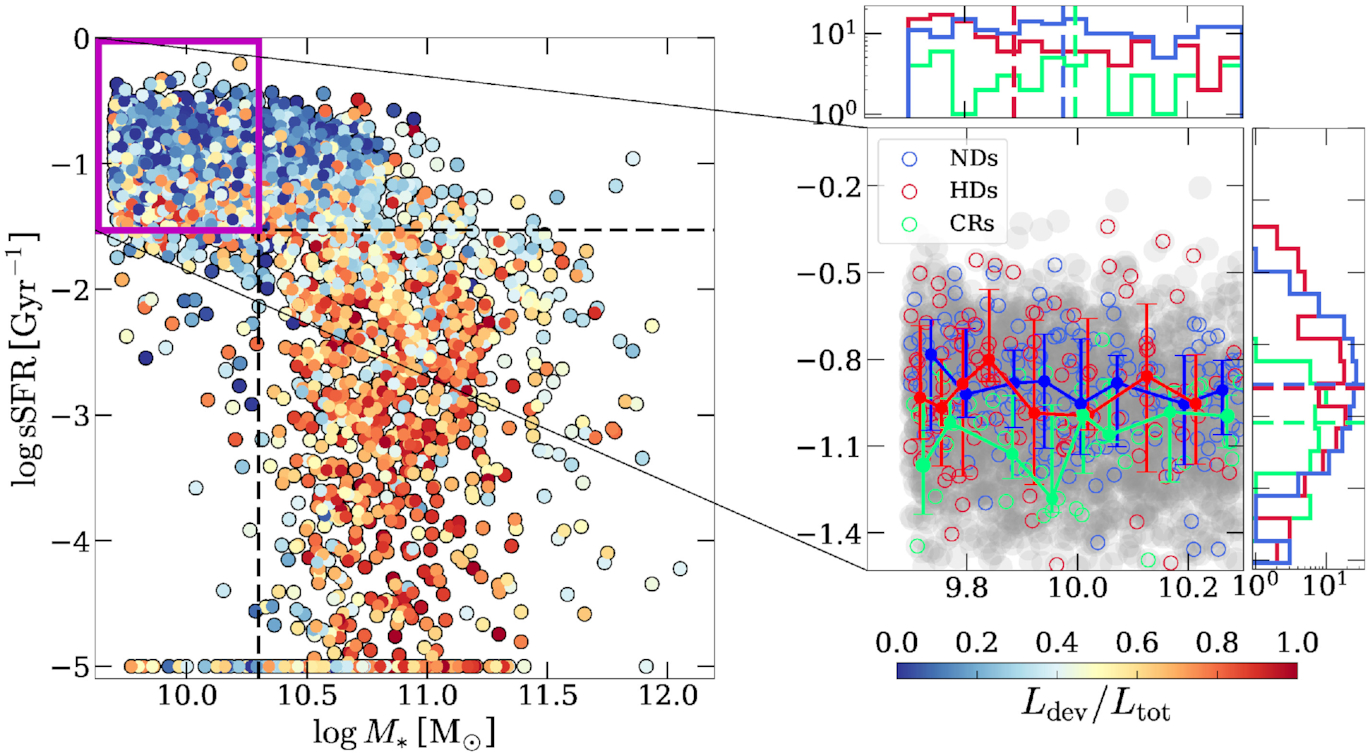