Supermassive black hole (SMBH) binaries represent the main target for missions such as the Laser Interferometer Space Antenna and Pulsar Timing Arrays. The understanding of their dynamical evolution prior to coalescence is therefore crucial to improving detection strategies and for the astrophysical interpretation of the gravitational wave data. In this paper, we use high-resolution N-body simulations to model the merger of two equal-mass galaxies hosting a central SMBH. In our models, all binaries are initially prograde with respect to the galaxy sense of rotation. But, binaries that form with a high eccentricity, e ≳ 0.7, quickly reverse their sense of rotation and become almost perfectly retrograde at the moment of binary formation. The evolution of these binaries proceeds towards larger eccentricities, as expected for a binary hardening in a counter-rotating stellar distribution. Binaries that form with lower eccentricities remain prograde and at comparatively low eccentricities. We study the origin of the orbital flip by using an analytical model that describes the early stages of binary evolution. This model indicates that the orbital plane flip is due to the torque from the triaxial background mass distribution that naturally arises from the galactic merger process. Our results imply the existence of a population of SMBH binaries with a high eccentricity and could have significant implications for the detection of the gravitational wave signal emitted by these systems. 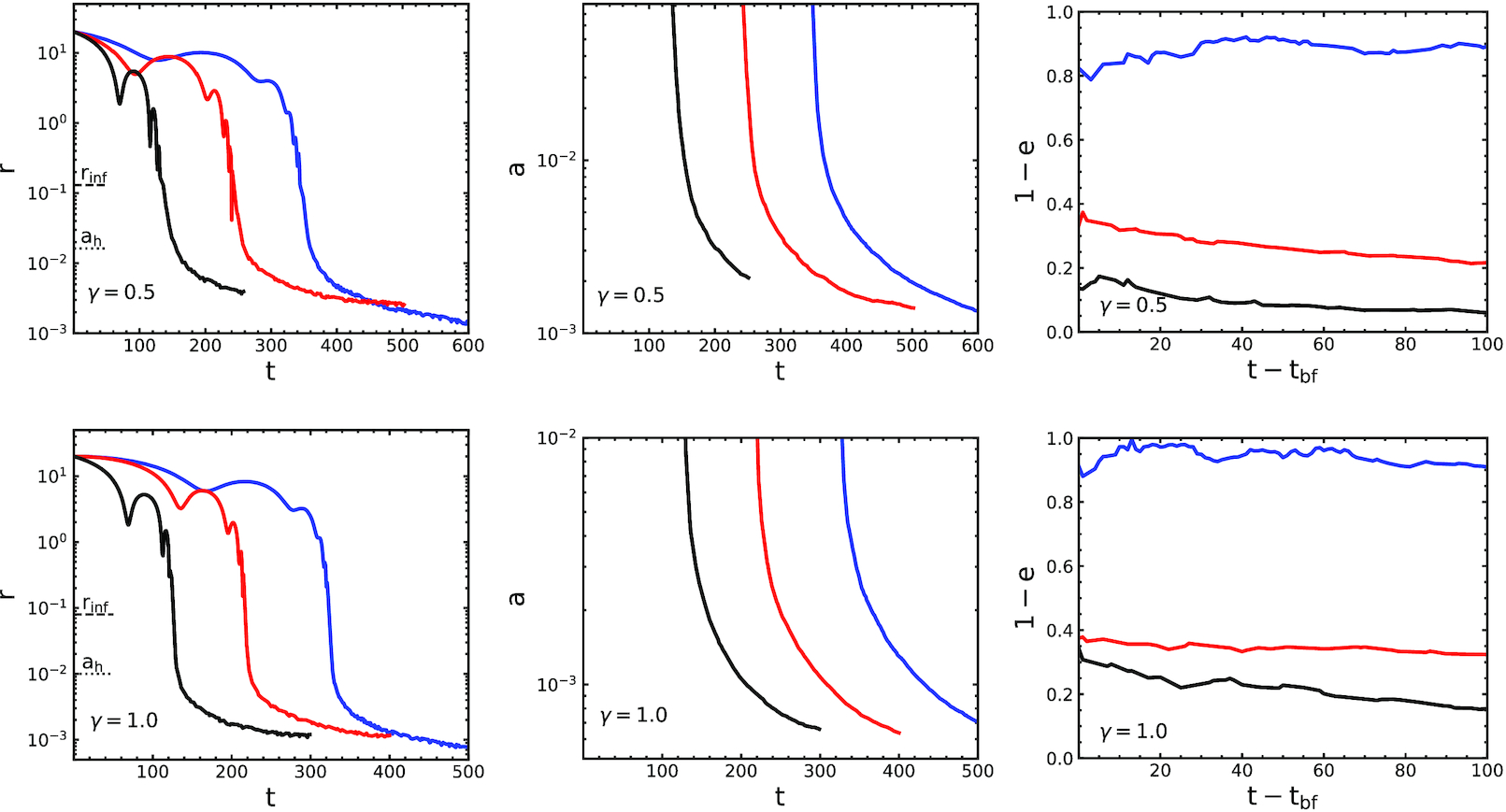