We perform a suite of hydrodynamic simulations to investigate how initial density profiles of giant molecular clouds (GMCs) affect their subsequent evolution. We find that the star formation duration and integrated star formation efficiency of the whole clouds are not sensitive to the choice of different profiles but are mainly controlled by the interplay between gravitational collapse and stellar feedback. Despite this similarity, GMCs with different profiles show dramatically different modes of star formation. For shallower profiles, GMCs first fragment into many self-gravitation cores and form subclusters that distributed throughout the entire clouds. These subclusters are later assembled 'hierarchically' to central clusters. In contrast, for steeper profiles, a massive cluster is quickly formed at the centre of the cloud and then gradually grows its mass via gas accretion. Consequently, central clusters that emerged from clouds with shallower profiles are less massive and show less rotation than those with the steeper profiles. This is because (1) a significant fraction of mass and angular momentum in shallower profiles is stored in the orbital motion of the subclusters that are not able to merge into the central clusters, and (2) frequent hierarchical mergers in the shallower profiles lead to further losses of mass and angular momentum via violent relaxation and tidal disruption. Encouragingly, the degree of cluster rotations in steeper profiles is consistent with recent observations of young and intermediate-age clusters. We speculate that rotating globular clusters are likely formed via an 'accretion' mode from centrally concentrated clouds in the early Universe. 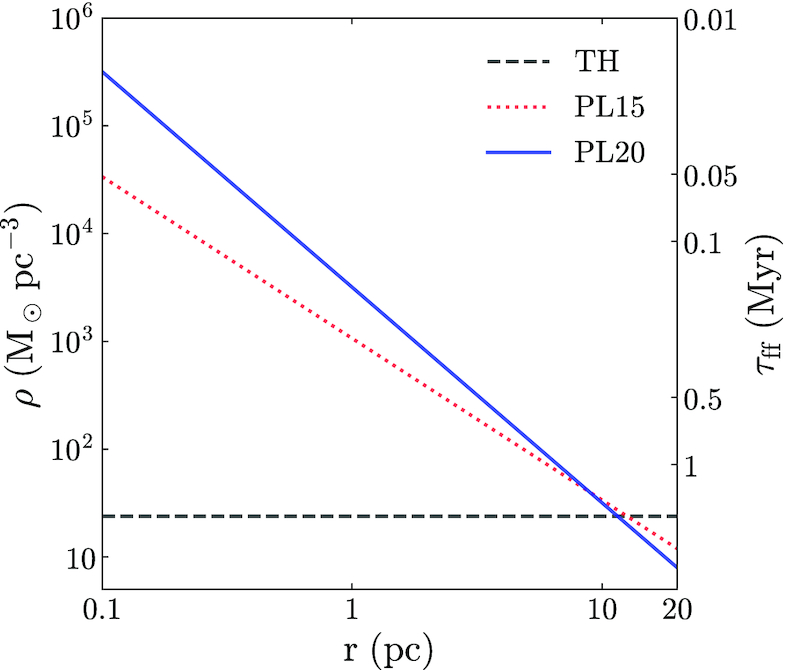