Only 20 per cent of old field stars have detectable debris discs, leaving open the question of what disc, if any, is present around the remaining 80 per cent. Young moving groups allow to probe this population, since discs are expected to have been brighter early on. This paper considers the population of F stars in the 23 Myr-old β Pictoris moving group (BPMG) where we find that 9/12 targets possess discs. We also analyse archival ALMA data to derive radii for four of the discs, presenting the first image of the 63 au radius disc of HD 164249. Comparing the BPMG results to disc samples from ~45-Myr and ~150-Myr-old moving groups, and to discs found around field stars, we find that the disc incidence rate in young moving groups is comparable to that of the BPMG and significantly higher than that of field stars. The BPMG discs tend to be smaller than those around field stars. However, this difference is not statistically significant due to the small number of targets. Yet, by analysing the fractional luminosity versus disc radius parameter space, we find that the fractional luminosities in the populations considered drop by two orders of magnitude within the first 100 Myr. This is much faster than expected by collisional evolution, implying a decay equivalent to 1/age2. We attribute this depletion to embedded planets, which would be around 170 Mearth to cause a depletion on the appropriate time-scale. However, we cannot rule out that different birth environments of nearby young clusters result in brighter debris discs than the progenitors of field stars that likely formed in a more dense environment. 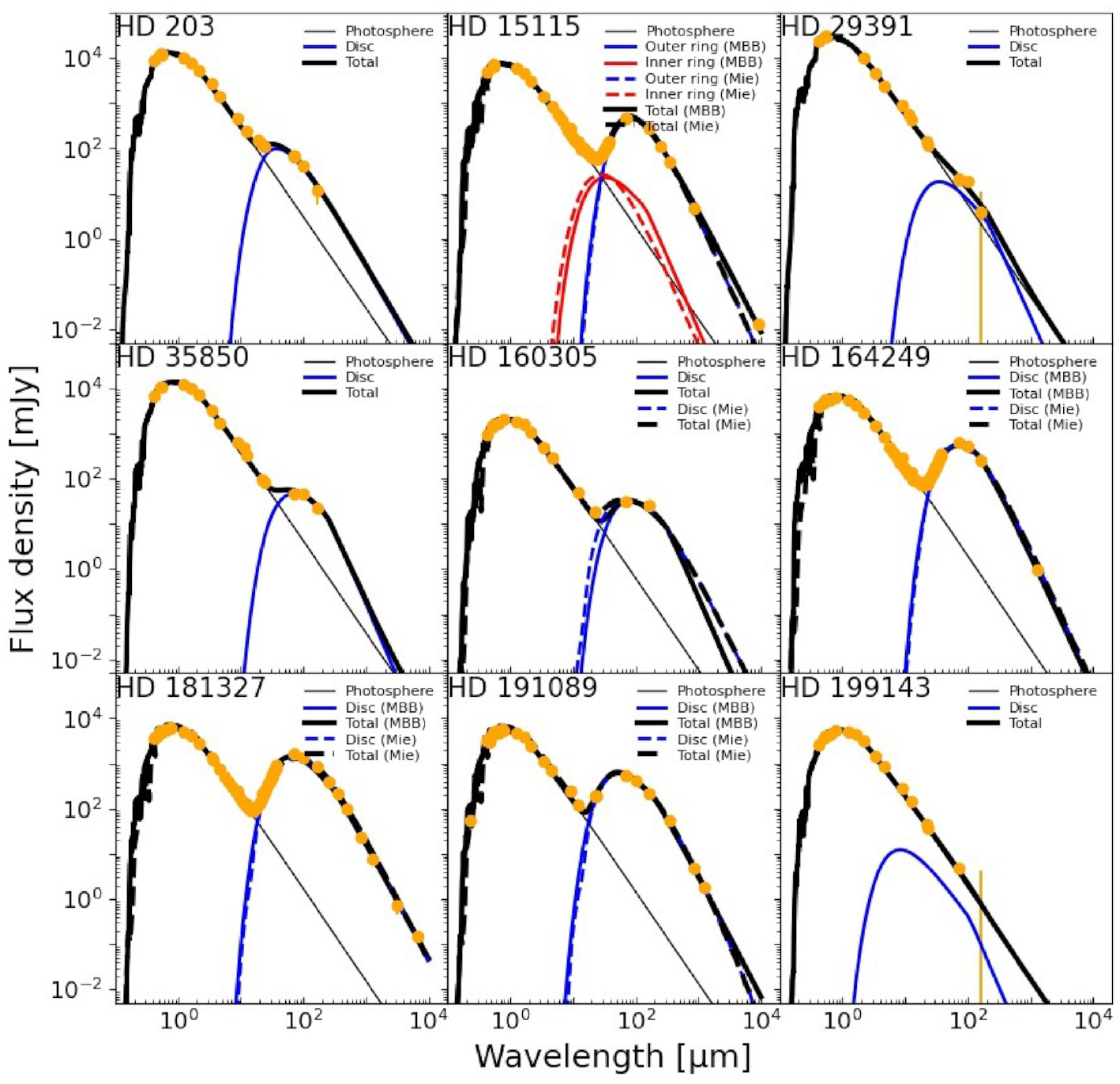