A photometric and kinematic analysis of UDG1137+16 (dw1137+16): Probing ultradiffuse galaxy formation in a group environment

The dominant physical formation mechanism(s) for ultradiffuse galaxies (UDGs) is still poorly understood. Here, we combine new, deep imaging from the Jeanne Rich Telescope with deep integral field spectroscopy from the Keck II telescope to investigate the formation of UDG1137+16 (dw1137+16). Our new analyses confirm both its environmental association with the low density UGC 6594 group, along with its large size of 3.3 kpc and status as a UDG. The new imaging reveals two distinct stellar components for UDG1137+16, indicating that a central stellar body is surrounded by an outer stellar envelope undergoing tidal interaction. Both the components have approximately similar stellar masses. From our integral field spectroscopy, we measure a stellar velocity dispersion within the half-light radius (15 ± 4 km s-1) and find that UDG1137+16 is similar to some other UDGs in that it is likely dark matter dominated. Incorporating literature measurements, we also examine the current state of UDG observational kinematics. Placing these data on the central stellar velocity dispersion-stellar mass relation, we suggest there is little evidence for UDG1137+16 being created through a strong tidal interaction. Finally, we investigate the constraining power current dynamical mass estimates (from stellar and globular cluster velocity dispersions) have on the total halo mass of UDGs. As most are measured within the half-light radius, they are unable to accurately constrain UDG total halo masses. 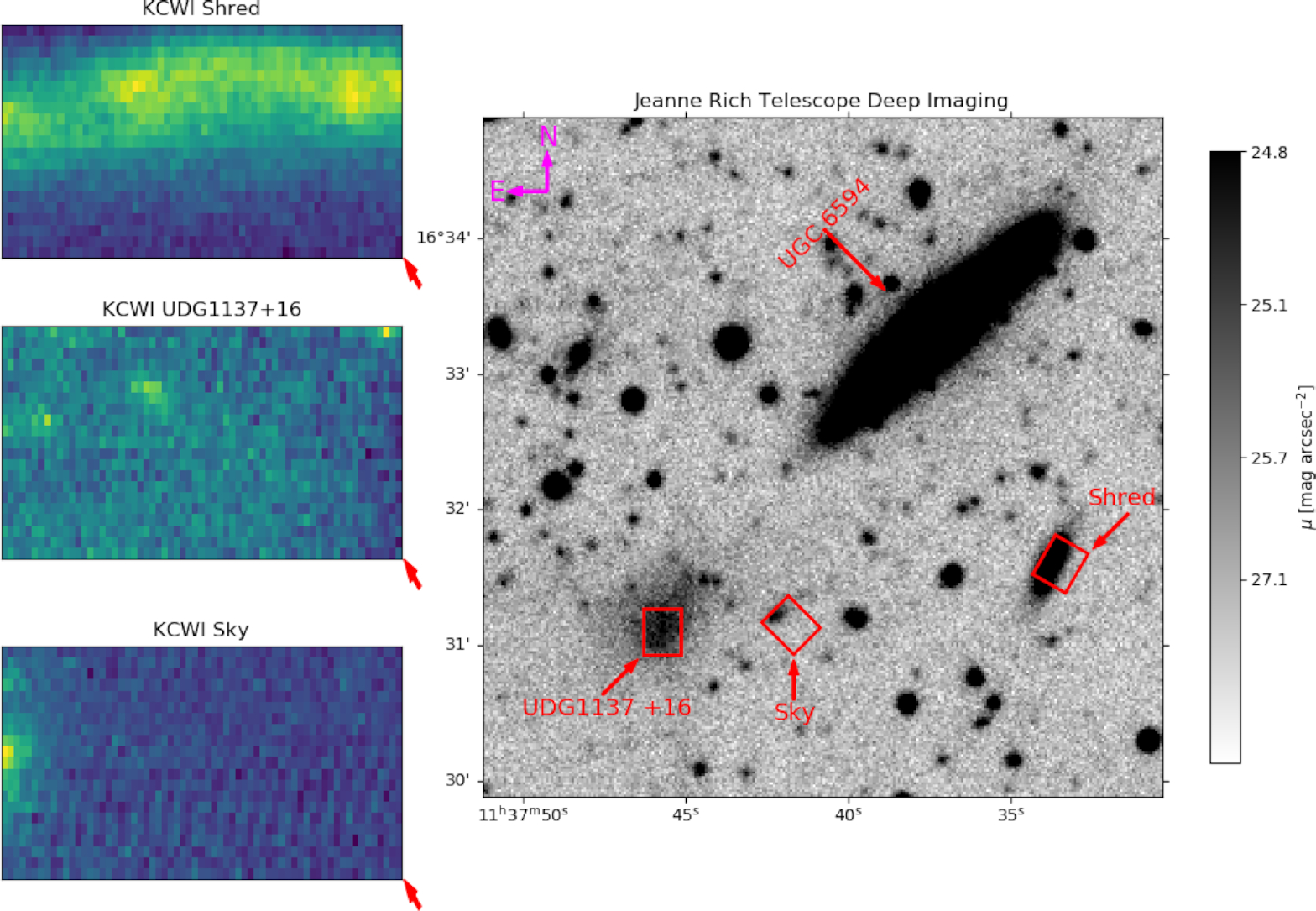