Cloud-cloud collision (CCC) has been suggested as a mechanism to induce massive star formation. Recent simulations suggest that a CCC speed is different among galactic-scale environments, which is responsible for observed differences in star formation activity. In particular, a high-speed CCC is proposed as a cause of star formation suppression in the bar regions in barred spiral galaxies. Focusing on the strongly barred galaxy NGC 1300, we investigate the CCC speed. We find the CCC speed in the bar and bar-end tend to be higher than that in the arm. The estimated CCC speed is ${\sim}20$ , ${\sim}16$ , and ${\sim}11~\rm km~s^{-1}$ in the bar, bar-end, and arm, respectively. Although the star formation activity is different in the bar and bar-end, the CCC speed and the number density of high-speed CCC with ${\gt}20~\rm km~s^{-1}$ are high in both regions, implying the existence of other parameters that control the star formation. The difference in molecular gas mass (average density) of the giant molecular clouds (GMCs) between the bar (lower mass and lower density) and bar-end (higher mass and higher density) may be cause for the different star formation activity. Combining with our previous study, the leading candidates of causes for the star formation suppression in the bar in NGC 1300 are the presence of a large amount of diffuse molecular gases and high-speed CCCs between low-mass GMCs. 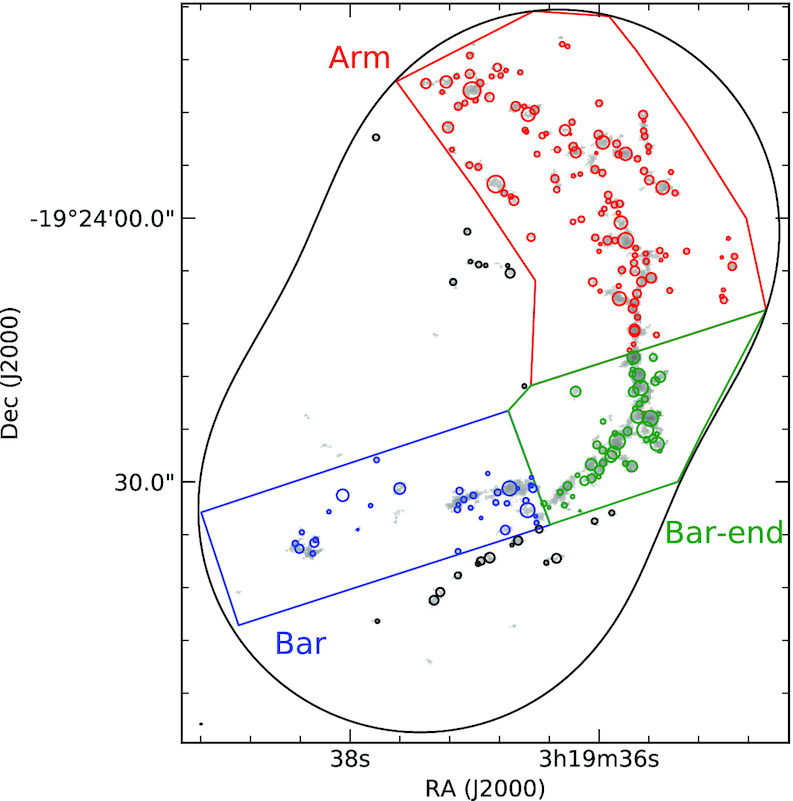