Globular clusters (GCs) are often used to estimate the dark matter content of galaxies, especially dwarf galaxies, where other kinematic tracers are lacking. These estimates typically assume spherical symmetry and dynamical equilibrium, assumptions that may not hold for the sparse GC population of dwarfs in galaxy clusters. We use a catalogue of GCs tagged on to the Illustris simulation to study the accuracy of GC-based mass estimates. We focus on galaxies in the stellar mass range 108-1011.8 M⊙ identified in nine simulated Virgo-like clusters. Our results indicate that mass estimates are, on average, accurate in systems with GC numbers NGC ≥ 10 and where the uncertainty of individual GC line-of-sight velocities is smaller than the inferred velocity dispersion, σGC. In cases where NGC ≤ 10, however, biases may result, depending on how σGC is computed. We provide calibrations that may help alleviate these biases in methods widely used in the literature. As an application, we find a number of dwarfs with $M_{*} \sim 10^{8.5}\, \mathrm{M}_{\odot }$ - comparable with the ultra-diffuse galaxy NGC 1052-DF2 (DF2), notable for the low σGC of its 10 GCs - that have $\sigma _{\rm GC} \sim 7\!-\!15\, {\rm km \,s}^{-1}$. These DF2 analogues correspond to relatively massive systems at their infall time (M200 ~ 1-3 × 1011 M⊙), which have retained only 3-17 GCs and have been stripped of more than 95 per cent of their dark matter. Our results suggest that extreme tidal mass loss in otherwise normal dwarf galaxies may be a possible formation channel for ultra-diffuse objects such as DF2. 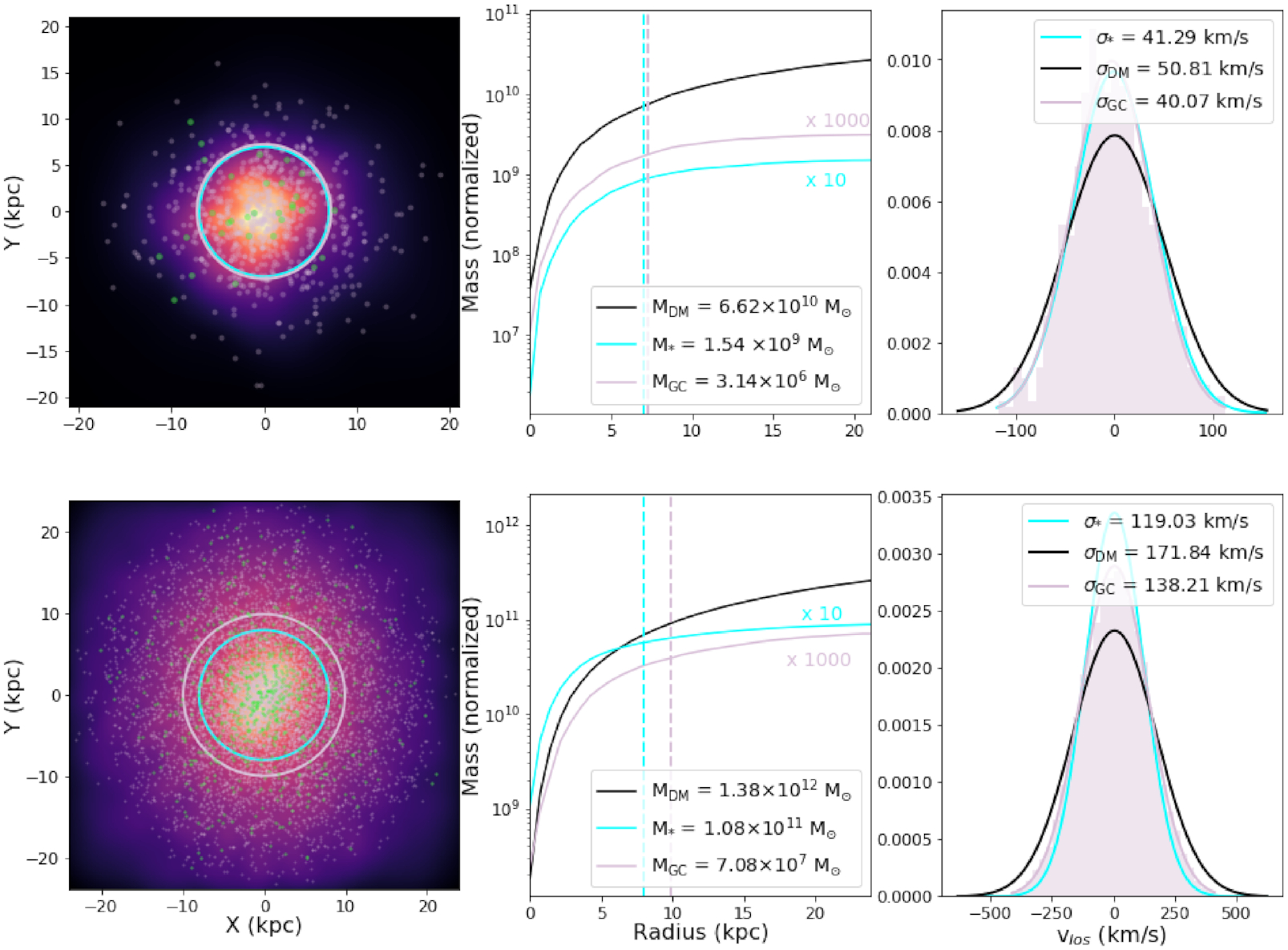