To investigate the origin of elevated globular cluster (GC) abundances observed around Ultra-Diffuse Galaxies (UDGs), we simulate GC populations hosted by UDGs formed through tidal heating. Specifically, GC formation is modelled as occurring in regions of dense star formation. Because star formation-rate densities are higher at high redshift, dwarf galaxies in massive galaxy clusters, which formed most of their stars at high redshift, form a large fraction of their stars in GCs. Given that UDGs formed through environmental processes are more likely to be accreted at high redshift, these systems have more GCs than non-UDGs. In particular, our model predicts that massive UDGs have twice the GC mass of non-UDGs of similar stellar mass, in rough agreement with observations. Although this effect is somewhat diminished by GC disruption, we find that the relationship between GC mass fraction and cluster-centric distance, and the relationship between GC mass fraction and galaxy half-light radius are remarkably similar to observations. Among our model objects, both UDGs and non-UDGs present a correlation between halo mass and GC mass, although UDGs have lower dynamical masses at a given GC mass. Furthermore, because of the effectiveness of GC disruption, we predict that GCs around UDGs should have a more top heavy mass function than GCs around non-UDGs. This analysis suggests that dwarfs with older stellar populations, such as UDGs, should have higher GC mass fractions than objects with young stellar populations, such as isolated dwarfs. 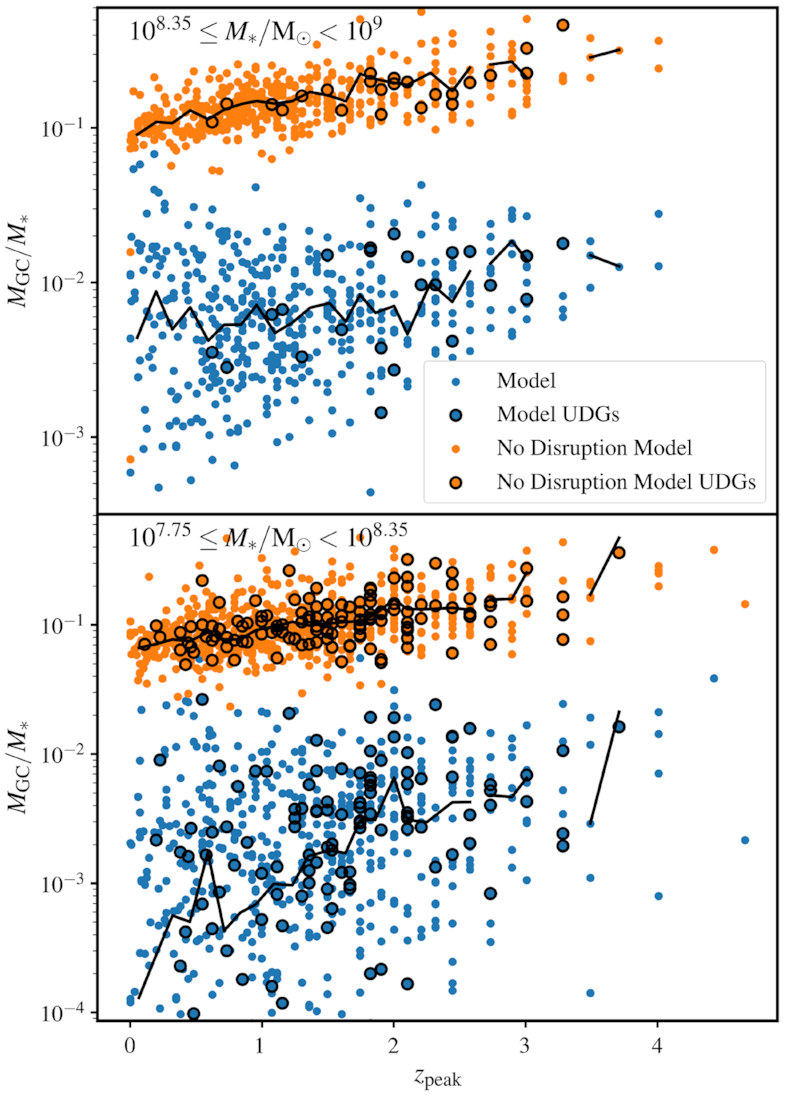