We present a velocimetric and spectropolarimetric analysis of 27 observations of the 22-Myr M1 star AU Microscopii (AU Mic) collected with the high-resolution YJHK (0.98-2.35 μm) spectropolarimeter SPIRou from 2019 September 18 to November 14. Our radial velocity (RV) time-series exhibits activity-induced fluctuations of 45 m s-1 rms, ∼3 times smaller than those measured in the optical domain, that we filter using Gaussian Process Regression. We report a 3.9σ detection of the recently discovered 8.46 -d transiting planet AU Mic b, with an estimated mass of 17.1 $^{+4.7}_{-4.5}$ M⊕ and a bulk density of 1.3 ± 0.4 g cm-3, inducing an RV signature of semi-amplitude K = 8.5 $^{+2.3}_{-2.2}$ m s-1 in the spectrum of its host star. A consistent detection is independently obtained when we simultaneously image stellar surface inhomogeneities and estimate the planet parameters with Zeeman-Doppler imaging (ZDI). Using ZDI, we invert the time-series of unpolarized and circularly polarized spectra into surface brightness and large-scale magnetic maps. We find a mainly poloidal and axisymmetric field of 475 G, featuring, in particular, a dipole of 450 G tilted at 19° to the rotation axis. Moreover, we detect a strong differential rotation of dΩ = 0.167 ± 0.009 rad d-1 shearing the large-scale field, about twice stronger than that shearing the brightness distribution, suggesting that both observables probe different layers of the convective zone. Even though we caution that more RV measurements are needed to accurately pin down the planet mass, AU Mic b already appears as a prime target for constraining planet formation models, studying the interactions with the surrounding debris disc, and characterizing its atmosphere with upcoming space- and ground-based missions. 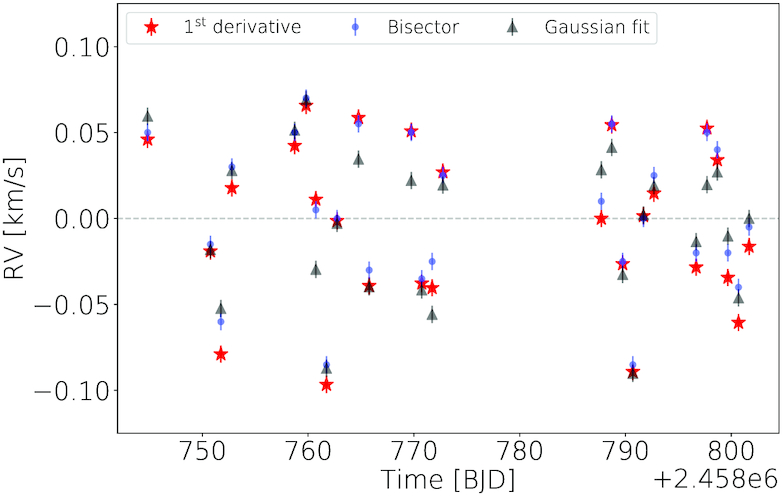