Flattened axisymmetric galactic potentials are known to host minor orbit families surrounding orbits with commensurable frequencies. The behaviour of orbits that belong to these orbit families is fundamentally different than that of typical orbits with non-commensurable frequencies. We investigate the evolution of stellar streams on orbits near the boundaries between orbit families (separatrices) in a flattened axisymmetric potential. We demonstrate that the separatrix divides these streams into two groups of stars that belong to two different orbit families, and that as a result, these streams diffuse more rapidly than streams that evolve elsewhere in the potential. We utilize Hamiltonian perturbation theory to estimate both the time-scale of this effect and the likelihood of a stream evolving close enough to a separatrix to be affected by it. We analyse two prior reports of stream-fanning in simulations with triaxial potentials, and conclude that at least one of them is caused by separatrix divergence. These results lay the foundation for a method of mapping the orbit families of galactic potentials using the morphology of stellar streams. Comparing these predictions with the currently known distribution of streams in the Milky Way presents a new way of constraining the shape of our Galaxy's potential and distribution of dark matter. 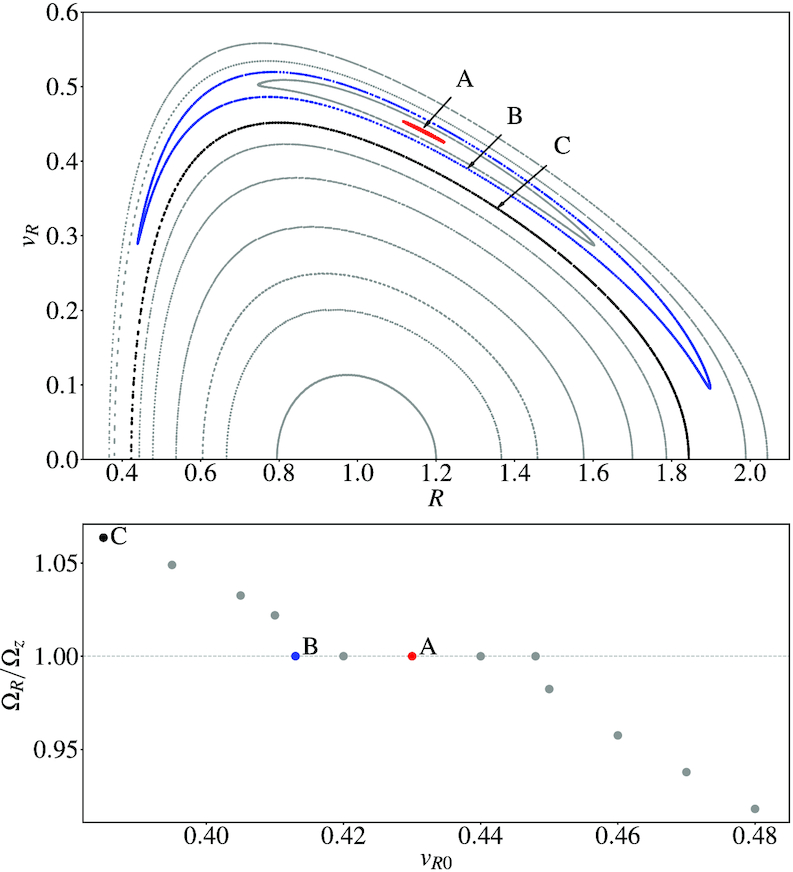