The SEDIGISM survey: First Data Release and overview of the Galactic structure

The SEDIGISM (Structure, Excitation and Dynamics of the Inner Galactic Interstellar Medium) survey used the APEX telescope to map 84 deg2 of the Galactic plane between ℓ = -60° and +31° in several molecular transitions, including 13CO (2 - 1) and C18O (2 - 1), thus probing the moderately dense (∼103 cm-3) component of the interstellar medium. With an angular resolution of 30 arcsec and a typical 1σ sensitivity of 0.8-1.0 K at 0.25 km s-1 velocity resolution, it gives access to a wide range of structures, from individual star-forming clumps to giant molecular clouds and complexes. The coverage includes a good fraction of the first and fourth Galactic quadrants, allowing us to constrain the large-scale distribution of cold molecular gas in the inner Galaxy. In this paper, we provide an updated overview of the full survey and the data reduction procedures used. We also assess the quality of these data and describe the data products that are being made publicly available as part of this First Data Release (DR1). We present integrated maps and position-velocity maps of the molecular gas and use these to investigate the correlation between the molecular gas and the large-scale structural features of the Milky Way such as the spiral arms, Galactic bar and Galactic Centre. We find that approximately 60 per cent of the molecular gas is associated with the spiral arms and these appear as strong intensity peaks in the derived Galactocentric distribution. We also find strong peaks in intensity at specific longitudes that correspond to the Galactic Centre and well-known star-forming complexes, revealing that the 13CO emission is concentrated in a small number of complexes rather than evenly distributed along spiral arms. 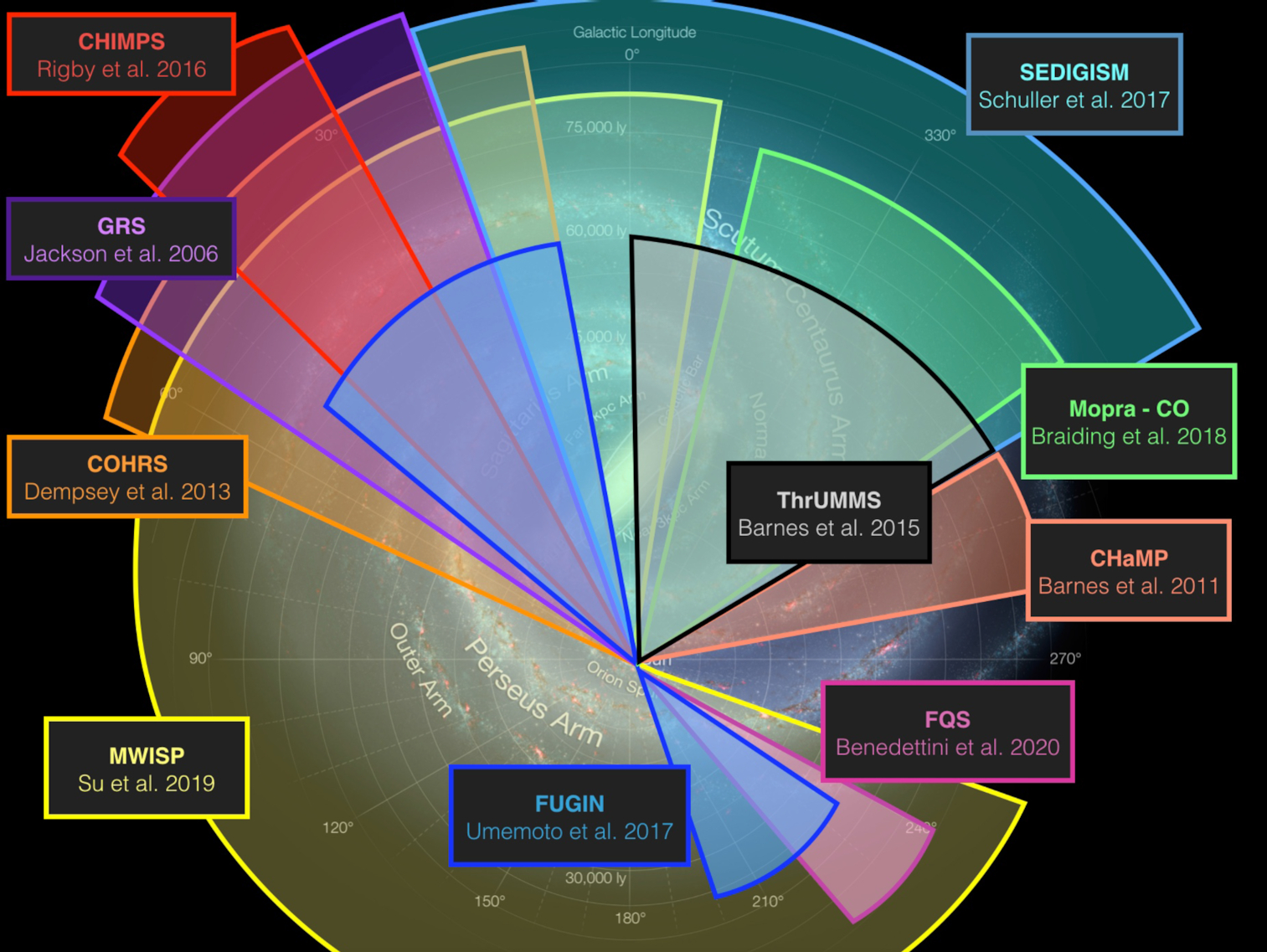