Blazars, a class of active galactic nuclei, emit over the entire accessible electromagnetic spectrum and modelling of their broad-band spectral energy distribution (SED) is the key to constrain the underlying emission mechanisms. Here we report the results on the one-zone leptonic emission modelling carried out on the blazar 4C+21.35 using multiwavelength data spanning over the period 2008-2018. Broad-band SED modelling using γ-ray data from Fermi-Large Area Telescope, X-ray data from Swift-XRT and AstroSat, and UV-optical data from Swift-UVOT, AstroSat, and Catalina Real-Time Transient Survey was carried out at seven different epochs, including three γ-ray flaring episodes and four quiescent periods (three long-term averaged ones and one during AstroSat observing period). Our SED modelling suggests that two compact emission regions originating at a different time outside the broad-line region and moving away from the core with variation primarily in the jet electron spectra can explain the emission from the high-, moderate-, and low-activity periods. The emissions from high- and first low-activity states are likely to have originated in the first region. The moderate- and second low-activity states are likely due to the second emission region with fresh particle acceleration/injection at a later time. 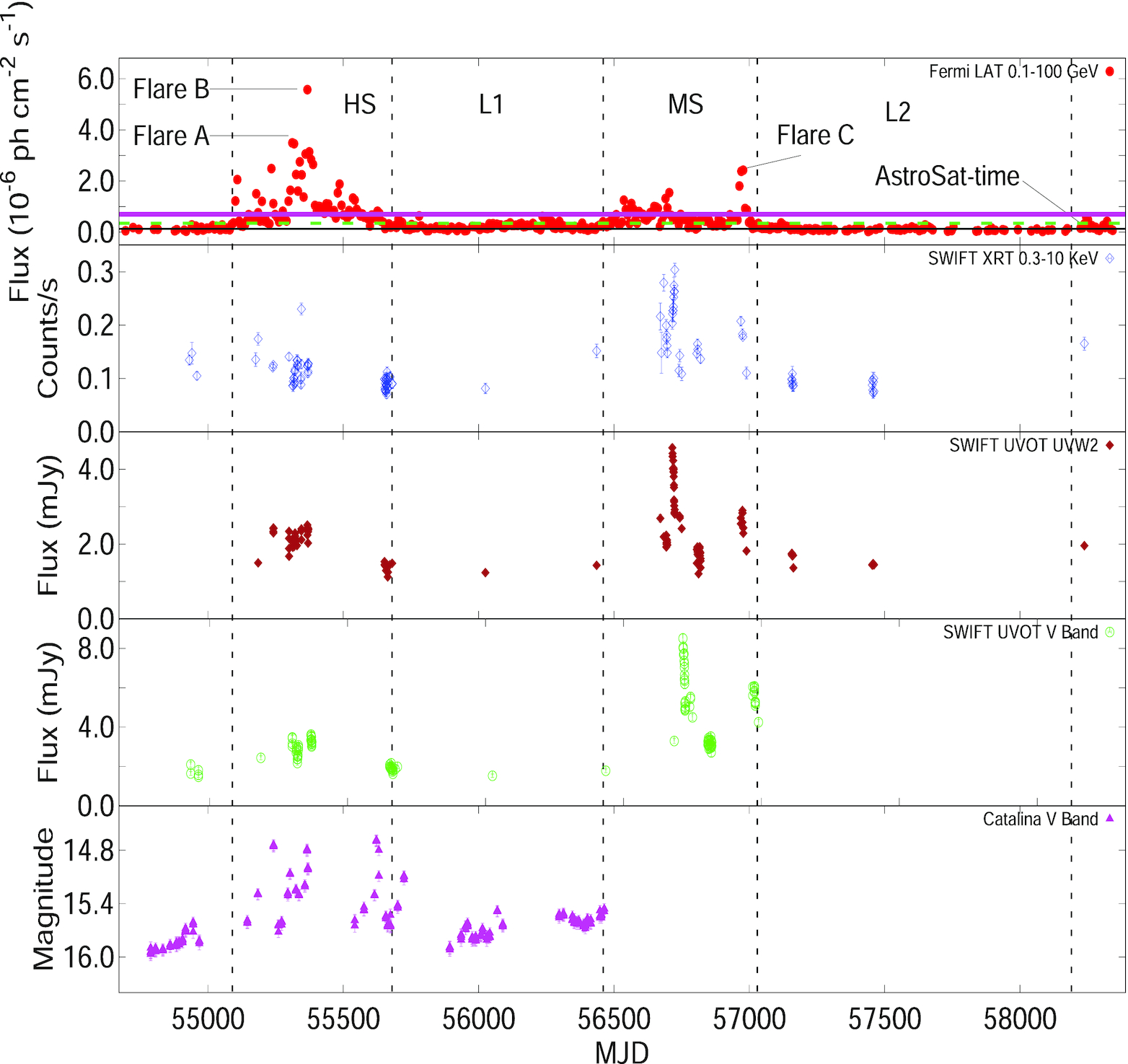