The Early Discovery of SN 2017ahn: Signatures of Persistent Interaction in a Fast-declining Type II Supernova

We present high-cadence, comprehensive data on the nearby (D ≃ 33 Mpc) Type II supernova (SN II) 2017ahn, discovered within about one day of the explosion, from the very early phases after explosion to the nebular phase. The observables of SN 2017ahn show a significant evolution over the ≃470 days of our follow-up campaign, first showing prominent, narrow Balmer lines and other high-ionization features purely in emission (i.e., flash spectroscopy features), which progressively fade and lead to a spectroscopic evolution similar to that of more canonical SNe II. Over the same period, the decline of the light curves in all bands is fast, resembling the photometric evolution of linearly declining H-rich core-collapse SNe. The modeling of the light curves and early flash spectra suggests that a complex circumstellar medium surrounds the progenitor star at the time of explosion, with a first dense shell produced during the very late stages of its evolution that is swept up by the rapidly expanding ejecta within the first ∼6 days of the SN evolution, while signatures of interaction are observed also at later phases. Hydrodynamical models support the scenario in which linearly declining SNe II are predicted to arise from massive yellow super- or hypergiants depleted of most of their hydrogen layers. 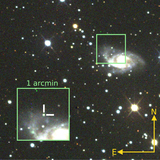