Different to the core: The pre-supernova structures of massive single and binary-stripped stars

The majority of massive stars live in binary or multiple systems and will interact with a companion during their lifetimes, which helps to explain the observed diversity of core-collapse supernovae. Donor stars in binary systems can lose most of their hydrogen-rich envelopes through mass transfer. As a result, not only are the surface properties affected, but so is the core structure. However, most calculations of the core-collapse properties of massive stars rely on single-star models. We present a systematic study of the difference between the pre-supernova structures of single stars and stars of the same initial mass (11-21 M⊙) that have been stripped due to stable post-main-sequence mass transfer at solar metallicity. We present the pre-supernova core composition with novel diagrams that give an intuitive representation of the isotope distribution. As shown in previous studies, at the edge of the carbon-oxygen core, the binary-stripped star models contain an extended gradient of carbon, oxygen, and neon. This layer remains until core collapse and is more extended in mass for higher initial stellar masses. It originates from the receding of the convective helium core during core helium burning in binary-stripped stars, which does not occur in single-star models. We find that this same evolutionary phase leads to systematic differences in the final density and nuclear energy generation profiles. Binary-stripped star models have systematically higher total masses of carbon at the moment of core collapse compared to single-star models, which likely results in systematically different supernova yields. In about half of our models, the silicon-burning and oxygen-rich layers merge after core silicon burning. We discuss the implications of our findings for the "explodability", supernova observations, and nucleosynthesis of these stars. Our models are publicly available and can be readily used as input for detailed supernova simulations. 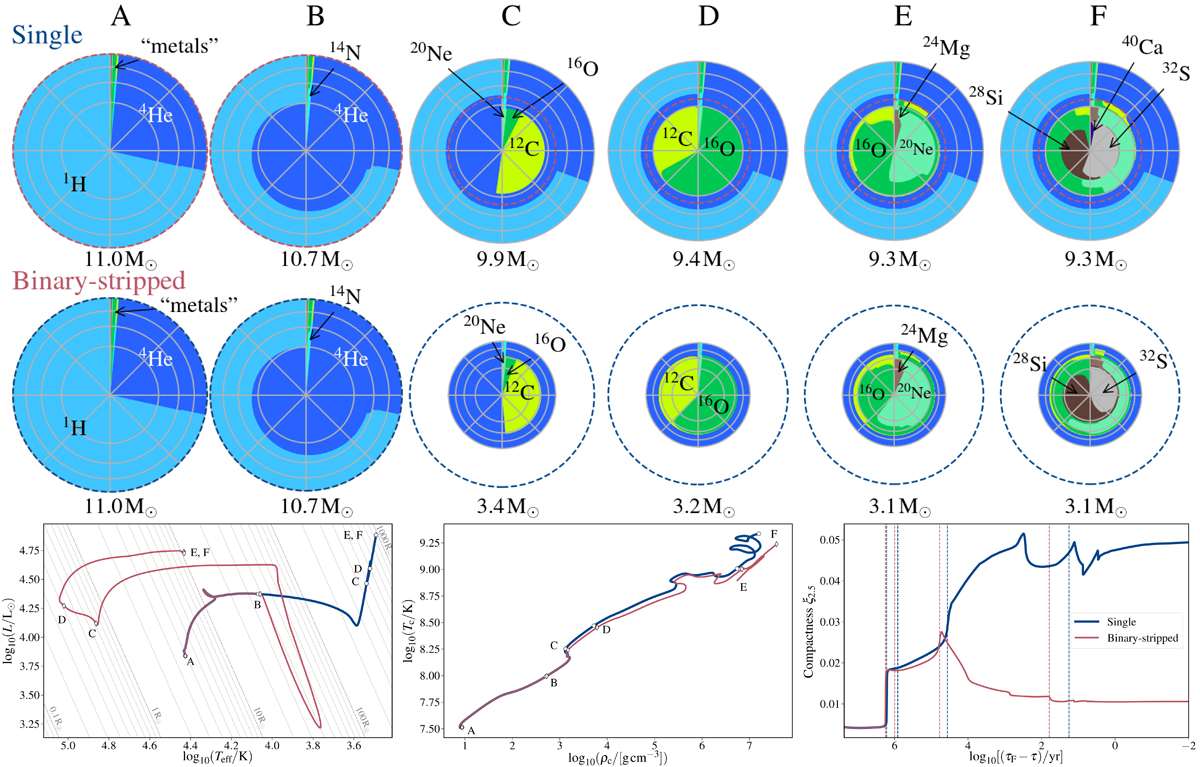