We present a lensed quasar search based on the variability of lens systems in the Hyper Suprime-Cam (HSC) transient survey. Starting from 101 353 variable objects with i-band photometry in the HSC transient survey, we used a variability-based lens search method measuring the spatial extent in difference images to select potential lensed quasar candidates. We adopted conservative constraints in this variability selection and obtained 83 657 variable objects as possible lens candidates. We then ran CHITAH, a lens search algorithm based on the image configuration, on those 83 657 variable objects, and 2130 variable objects were identified as potential lensed objects. We visually inspected the 2130 variable objects, and seven of them are our final lensed quasar candidates. Additionally, we found one lensed galaxy candidate as a serendipitous discovery. Among the eight final lensed candidates, one is the only known quadruply lensed quasar in the survey field, HSCJ095921+020638. None of the other seven lensed candidates have been previously classified as a lens nor a lensed candidate. Three of the five final candidates with available Hubble Space Telescope (HST) images, including HSCJ095921+020638, show clues of a lensed feature in the HST images. We show that a tightening of our variability selection criteria might result in the loss of possible lensed quasar candidates, especially the lensed quasars with faint brightness or narrow separation, without efficiently eliminating the non-lensed objects; CHITAH is therefore important as an advanced examination to improve the lens search efficiency through the object configuration. The recovery of HSCJ095921+020638 proves the effectiveness of the variability-based lens search method, and this lens search method can be used in other cadenced imaging surveys, such as the upcoming Rubin Observatory Legacy Survey of Space and Time. 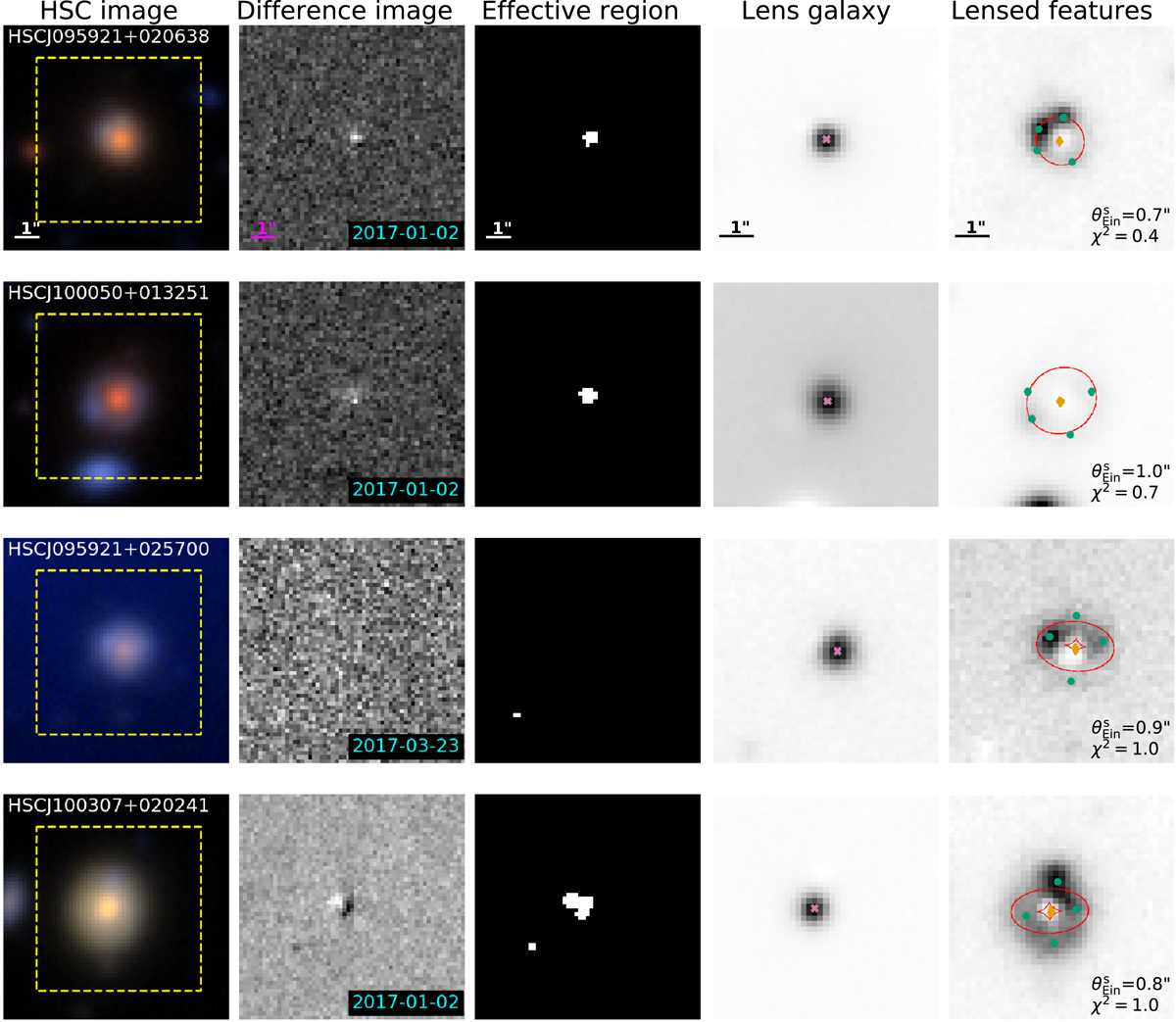