Context. Understanding the formation of bound star clusters with a low star formation efficiency (SFE) is important for improving our knowledge of the star-formation history of galaxies. In N-body models of star-cluster evolution after gas expulsion, the Plummer model with an outer power law density profile has been used in a broad range of studies.
Aims: Here, we study the impact of the density profile slopes on the survivability of the low-SFE star clusters after instantaneous gas expulsion. We compare cases when a stellar cluster exhibits a Plummer profile to those with Dehnen profiles, including cuspy ones of different slopes at the time of formation.
Methods: We determined the corresponding density profile of the residual gas for a given global SFE, assuming that our model clusters formed with a constant efficiency per free-fall time and, hence, with a shallower density profile for the gas than that of the stars. We performed direct N-body simulations of evolution of clusters initially in virial equilibrium within the gas potential following gas removal.
Results: We find that the violent relaxation lasts no longer than 20 Myr, independently of the density profile power law slopes. Dehnen model clusters survive after violent relaxation with significantly lower SFEs when the global SFE measured within the Jacobi radius or within a half-mass radius. Dehnen γ = 0 model clusters show a similar final bound fraction with the Plummer model clusters if the global SFE is measured within ten scale radii. The final bound fraction increases with the γ values for a given global SFE.
Conclusions: We conclude that Dehnen clusters better resist the consequences of the violent relaxation that follows the instantaneous gas expulsion, as compared to the Plummer clusters. Therefore, the shallower the outer density slope of the low-SFE clusters, the better their prospects for survival after gas expulsion. Among the Dehnen clusters, we find that the steeper the inner slope, the higher the bound mass fraction that is retained, following the violent relaxation for a given global SFE. 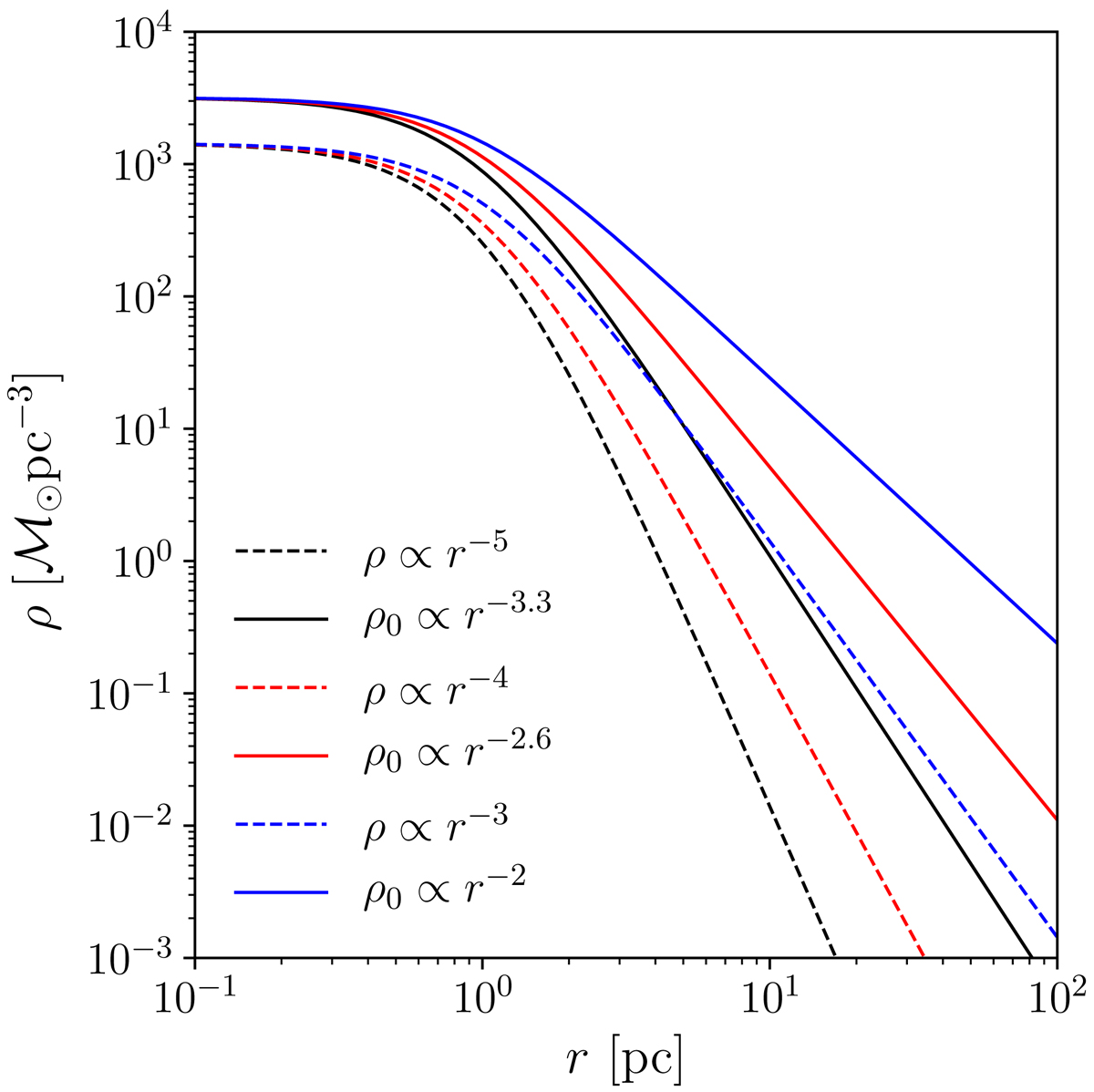