Context. 55 Cnc e is a transiting super-Earth (radius 1.88 R⊕ and mass 8 M⊕) orbiting a G8V host star on a 17-h orbit. Spitzer observations of the planet's phase curve at 4.5 μm revealed a time-varying occultation depth, and MOST optical observations are consistent with a time-varying phase curve amplitude and phase offset of maximum light. Both broadband and high-resolution spectroscopic analyses are consistent with either a high mean molecular weight atmosphere or no atmosphere for planet e. A long-term photometric monitoring campaign on an independent optical telescope is needed to probe the variability in this system.
Aims: We seek to measure the phase variations of 55 Cnc e with a broadband optical filter with the 30 cm effective aperture space telescope CHEOPS and explore how the precision photometry narrows down the range of possible scenarios.
Methods: We observed 55 Cnc for 1.6 orbital phases in March of 2020. We designed a phase curve detrending toolkit for CHEOPS photometry which allowed us to study the underlying flux variations in the 55 Cnc system.
Results: We detected a phase variation with a full-amplitude of 72 ± 7 ppm, but did not detect a significant secondary eclipse of the planet. The shape of the phase variation resembles that of a piecewise-Lambertian; however, the non-detection of the planetary secondary eclipse, and the large amplitude of the variations exclude reflection from the planetary surface as a possible origin of the observed phase variations. They are also likely incompatible with magnetospheric interactions between the star and planet, but may imply that circumplanetary or circumstellar material modulate the flux of the system.
Conclusions: This year, further precision photometry of 55 Cnc from CHEOPS will measure variations in the phase curve amplitude and shape over time. 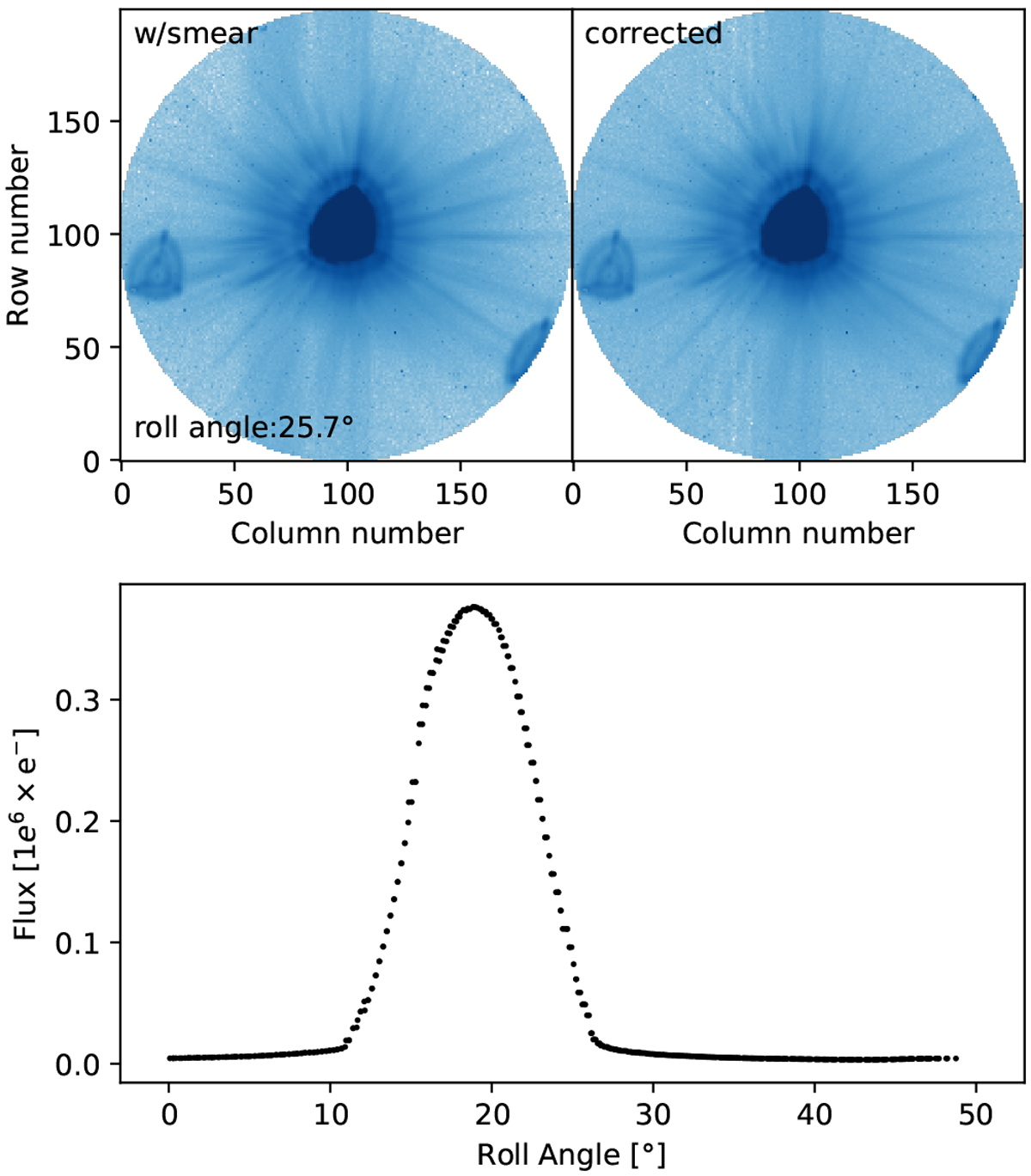