The ALPINE-ALMA [CII] survey. The contribution of major mergers to the galaxy mass assembly at z ∼ 5

Context. Galaxy mergers are thought to be one of the main mechanisms of the mass assembly of galaxies in the Universe, but there is still little direct observational evidence of how frequent they are at z ≳ 4. Recently, many works have suggested a possible increase in the fraction of major mergers in the early Universe, reviving the debate on which processes (e.g., cold accretion, star formation, mergers) most contribute to the mass build-up of galaxies through cosmic time.
Aims: To estimate the importance of major mergers in this context, we make use of the new data collected by the ALMA Large Program to INvestigate [CII] at Early times (ALPINE) survey, which attempted to observe the [CII] 158 μm emission line from a sample of 75 main-sequence star-forming galaxies at 4.4 < z < 5.9.
Methods: We used, for the first time, the morpho-kinematic information provided by the [CII] emission, along with archival multiwavelength data to obtain the fraction of major mergers (fMM) at z ∼ 5. By combining the results from ALPINE with those at lower redshifts from the literature, we also studied the evolution of the merger fraction through cosmic time. We then used different redshift-evolving merger timescales (TMM) to convert this fraction into the merger rate per galaxy (RMM) and in the volume-averaged merger rate (ΓMM).
Results: We find a merger fraction of fMM ∼ 0.44 (0.34) at z ∼ 4.5 (5.5) from ALPINE. By combining our results with those at lower redshifts, we computed the cosmic evolution of the merger fraction which is described by a rapid increase from the local Universe to higher redshifts, a peak at z ∼ 3, and a slow decrease toward earlier epochs. Depending on the timescale prescription used, this fraction translates into a merger rate ranging between ∼0.1 and ∼4.0 Gyr−1 at z ∼ 5, which in turn corresponds to an average number of major mergers per galaxy between 1 and 8 in ∼12.5 yr (from z = 6 to the local Universe). When convolved with the galaxy number density at different epochs, the merger rate density becomes approximately constant over time at 1 < z < 4, including values from 10−4 to 10−3 Gyr−1 Mpc−3, depending on the assumed TMM. We finally compare the specific star formation and star-formation rate density with the analogous quantities from major mergers, finding a good agreement at z > 4 if we assume a merger timescale that quickly decreases with increasing redshift.
Conclusions: Our new constraints on the merger fraction from the ALPINE survey at z ∼ 5 reveal the presence of a significant merging activity in the early Universe. Whether this population of mergers can provide a relevant contribution to the galaxy mass assembly at these redshifts and through the cosmic epochs is strongly dependent on the assumption of the merger timescale. However, our results show that an evolving TMM ∝ (1 + z)−2 agrees well with state-of-the-art cosmological simulations, suggesting a considerable role of mergers in the build-up of galaxies at early times. 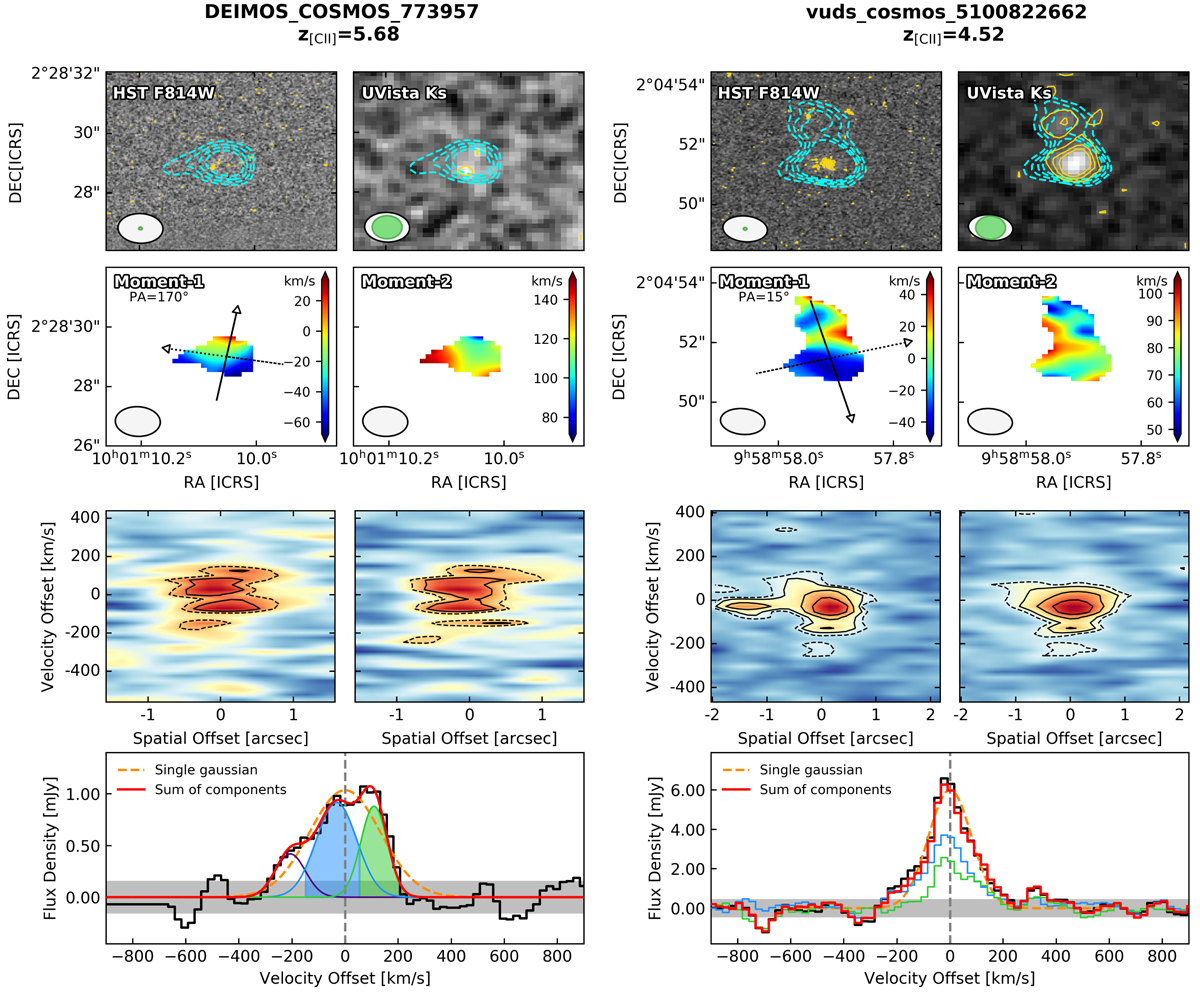