Context. The nature of circumstellar envelopes (CSEs) around Cepheids is a matter of ongoing debate. The physical origin of their infrared (IR) excess could be shown to either be made up of a shell of ionized gas, a dust envelope, or a combination of both.
Aims: This study is aimed at constraining the geometry and the IR excess of the environment of the bright long-period Cepheid ℓ Car (P = 35.5 days) at mid-IR wavelengths in order to understand its physical nature.
Methods: We first used photometric observations in various bands (from the visible domain to the infrared) and Spitzer Space Telescope spectroscopy to constrain the IR excess of ℓ Car. Then we analyzed the VLTI/MATISSE measurements at a specific phase of observation in order to determine the flux contribution as well as the size and shape of the environment of the star in the L band. Finally, we tested the hypothesis of a shell of ionized gas in order to model the IR excess.
Results: We report the first detection in the L band of a centro-symmetric extended emission around ℓ Car, of about 1.7 R⋆ in full width at half maximum, producing an excess of about 7.0% in this band.This latter value is used to calibrate the IR excess found when comparing the photometric observations in various bands and quasi-static atmosphere models. In the N band, there is no clear evidence for dust emission from VLTI/MATISSE correlated flux and Spitzer data. On the other side, the modeled shell of ionized gas implies a more compact CSE (1.13 ± 0.02 R⋆) that is also fainter (IR excess of 1% in the L band).
Conclusions: We provide new evidence supporting a compact CSE for ℓ Car and we demonstrate the capabilities of VLTI/MATISSE for determining common properties of CSEs. While the compact CSE of ℓ Car is likely to be of a gaseous nature, the tested model of a shell of ionized gas is not able to simultaneously reproduce the IR excess and the interferometric observations. Further Galactic Cepheid observations with VLTI/MATISSE are necessary for determining the properties of CSEs, which may also depend on both the pulsation period and the evolutionary state of the stars.

Based on observations made with ESO telescopes at Paranal observatory under program ID 0104.D-0554(A). 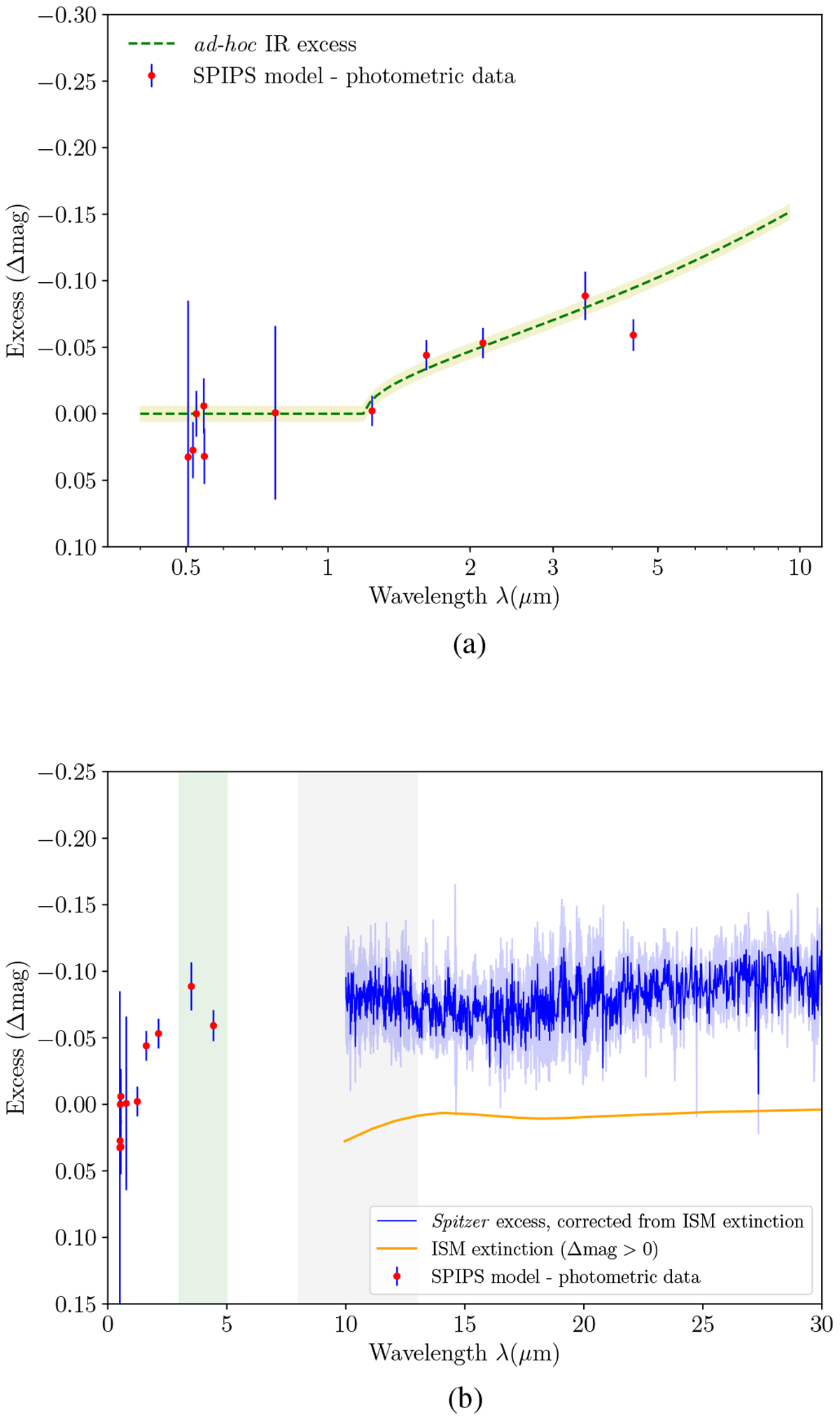