Context. The treatment of diffusion in stellar atmospheres of chemically peculiar stars is complex and difficult to model and has been treated mainly in A-type and late B-type stars. Vertical stratification is very often fixed from ad hoc chemical distribution profiles obtained by combining high-resolution spectropolarimetric observations and magnetic Doppler imaging techniques.
Aims: Our goal is to improve the modelling of diffusion in magnetic B-type stars and reproduce non-homogeneous surface distributions in helium-peculiar stars. Moreover, we aim to predict the photospheric vertical stratification by self-consistently calculating atomic diffusion in the presence of magnetic fields.
Methods: We solved the flow equations that describe gravitational settling along with thermal and chemical diffusion in stellar atmospheres under the influence of magnetic fields. We based the atomic diffusion on a previous treatment, which considers a mix of gases with various relative velocities. We took advantage of calculations from the literature on the stellar evolution of white dwarf stars. In this study, we neglected the effect of the radiative acceleration.
Results: We described the helium abundance with latitude and depth in hot and intermediate spectral B-type stars considering diffusion processes with and without magnetic fields. We found variations in the number density of atoms between the magnetic pole and the equator that depend on the direction of the Lorentz force. This effect leads to under- or over-abundances in helium, giving the appearance of rings (equator) or spots (pole). However, the chemical profile found does not reproduce the strength of the helium lines.
Conclusions: We concluded that the resulting chemical profiles computed with diffusion processes under the approximation of effective atoms describe the behaviour observed in the helium lines in He peculiar stars but it does not explain the observed strength. Other mechanisms in addition to diffusion, such as stellar winds, should be explored in detail. 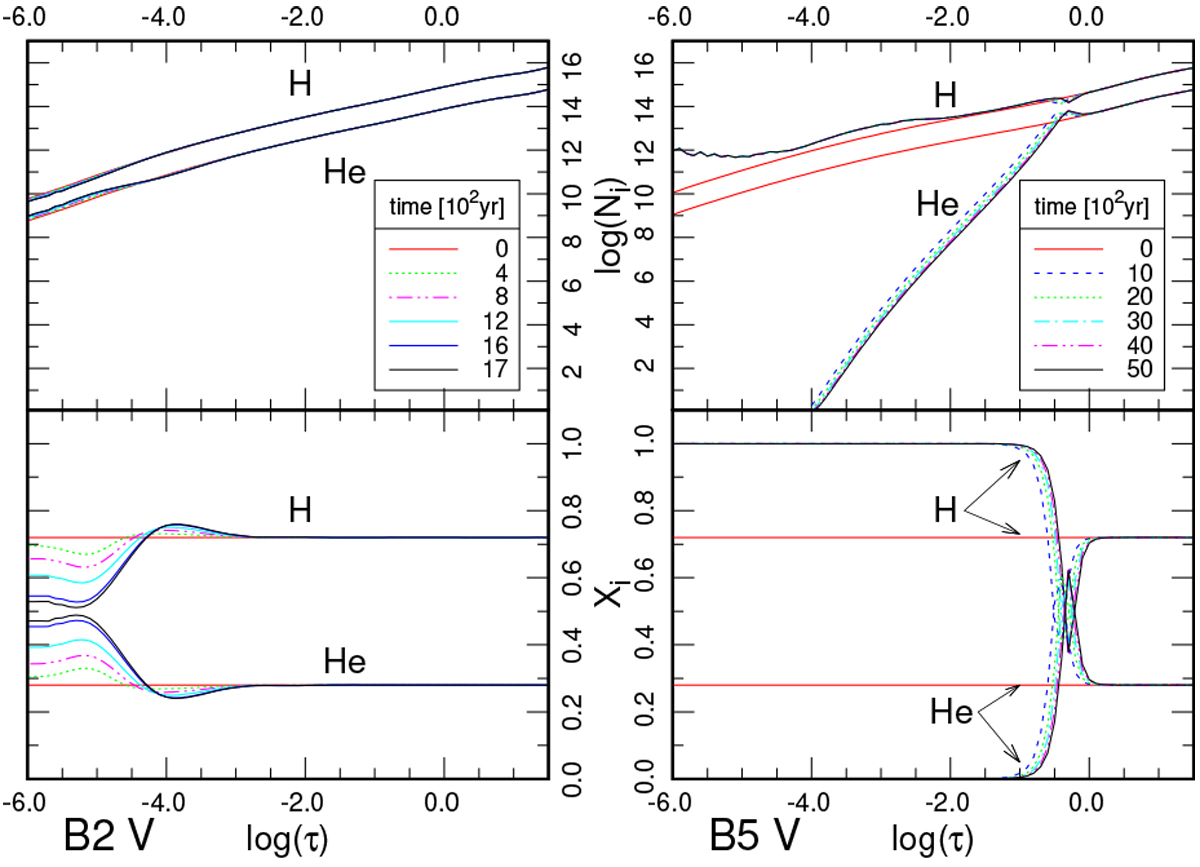