ESPRESSO mass determination of TOI-263b: an extreme inhabitant of the brown dwarf desert

The TESS mission has reported a wealth of new planetary systems around bright and nearby stars amenable for detailed characterizations of planet properties and atmospheres. However, not all interesting TESS planets orbit around bright host stars. TOI-263 b is a validated ultra-short-period substellar object in a 0.56-day orbit around a faint (V = 18.97) M 3.5 dwarf star. The substellar nature of TOI-263 b was explored using multicolor photometry: a true radius of 0.87 ± 0.21 RJ was determined, establishing TOI-263 b 's nature as somewhere between an inflated Neptune and a brown dwarf. The orbital period-radius parameter space occupied by TOI-263 b is quite unique, which prompted a further characterization of its true nature. Here, we report radial velocity measurements of TOI-263 obtained with three VLT units and the ESPRESSO spectrograph to retrieve the mass of TOI-263 b. We find that TOI-263 b is a brown dwarf with a mass of 61.6 ± 4.0 MJup. Additionally, the orbital period of the brown dwarf is found to be synchronized with the rotation period of the host star, and the system is found to be relatively active, possibly revealing a star-brown dwarf interaction. All these findings suggest that the system's formation history might be explained via disk fragmentation and a later migration to close-in orbits. If the system is found to be unstable, TOI-263 will be an excellent target to test the migration mechanisms before the brown dwarf becomes "engulfed" by its parent star. 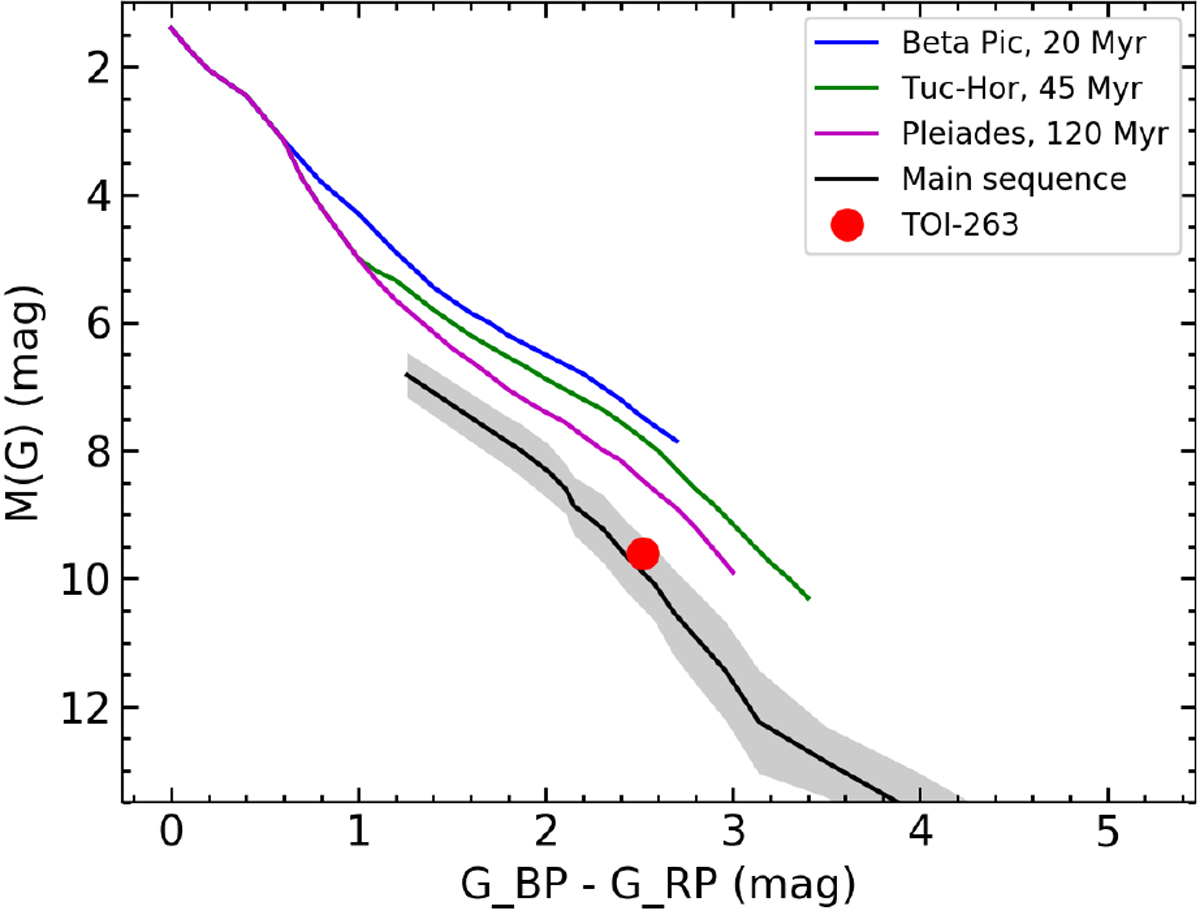