Context. Gravitational instabilities can drive small-scale turbulence and large-scale spiral arms in massive gaseous disks under conditions of slow radiative cooling. These motions affect the observed disk morphology, its mass accretion rate and variability, and could control the process of planet formation via dust grain concentration, processing, and collisional fragmentation.
Aims: We study gravito-turbulence and its associated spiral structure in thin gaseous disks subject to a prescribed cooling law. We characterize the morphology, coherence, and propagation of the spirals and examine when the flow deviates from viscous disk models.
Methods: We used the finite-volume code PLUTO to integrate the equations of self-gravitating hydrodynamics in three-dimensional spherical geometry. The gas was cooled over longer-than-orbital timescales to trigger the gravitational instability and sustain turbulence. We ran models for various disk masses and cooling rates.
Results: In all cases considered, the turbulent gravitational stress transports angular momentum outward at a rate compatible with viscous disk theory. The dissipation of orbital energy happens via shocks in spiral density wakes, heating the disk back to a marginally stable thermal equilibrium. These wakes drive vertical motions and contribute to mix material from the disk with its corona. They are formed and destroyed intermittently, and they nearly corotate with the gas at every radius. As a consequence, large-scale spiral arms exhibit no long-term global coherence, and energy thermalization is an essentially local process.
Conclusions: In the absence of radial substructures or tidal forcing, and provided a local cooling law, gravito-turbulence reduces to a local phenomenon in thin gaseous disks. 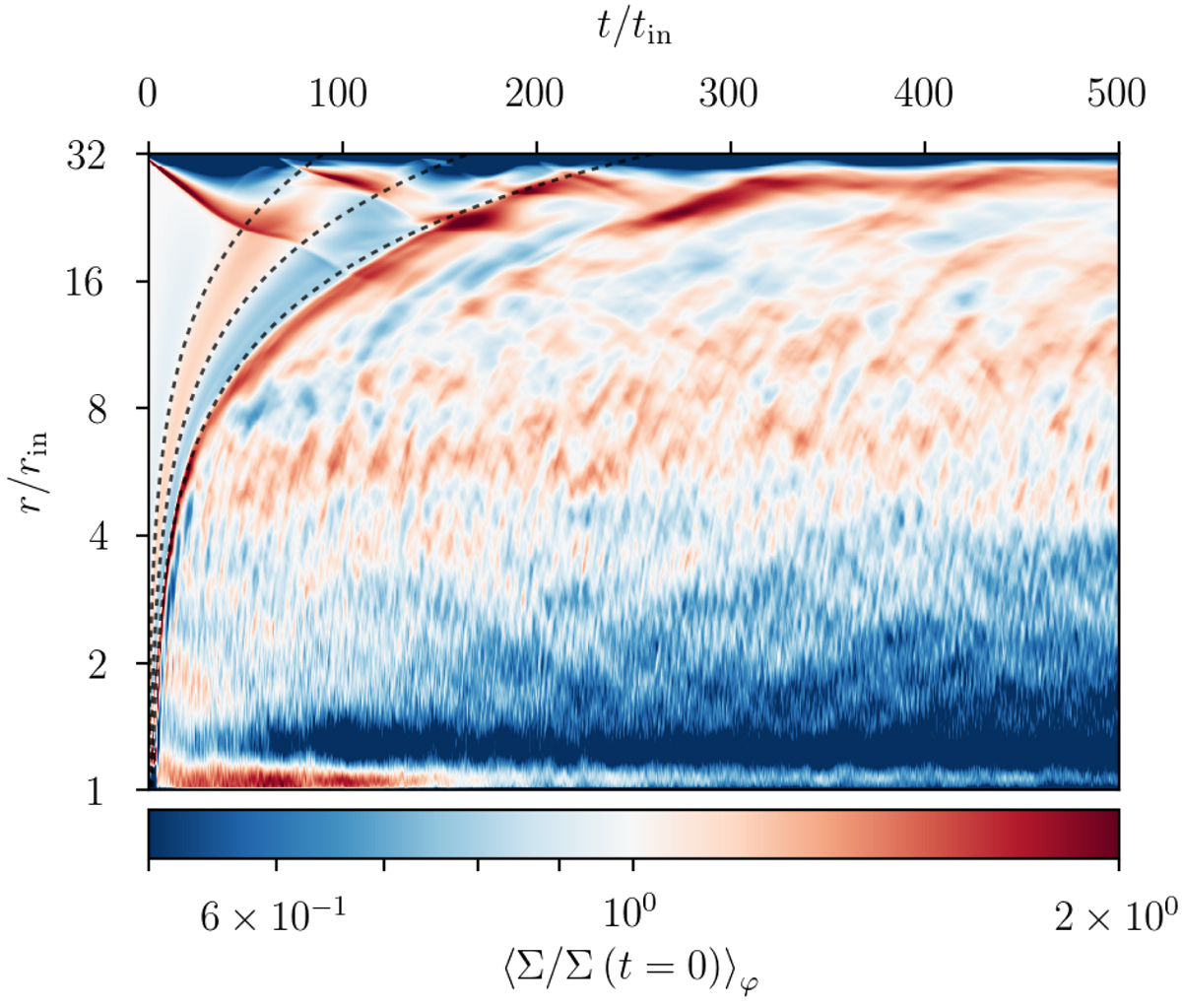