Aims: We aim to demonstrate the scientific potential of the Gaia Early Data Release 3 (EDR3) for the study of different aspects of the Milky Way structure and evolution and we provide, at the same time, a description of several practical aspects of the data and examples of their usage.
Methods: We used astrometric positions, proper motions, parallaxes, and photometry from EDR3 to select different populations and components and to calculate the distances and velocities in the direction of the anticentre. In this direction, the Gaia astrometric data alone enable the calculation of the vertical and azimuthal velocities; also, the extinction is relatively low compared to other directions in the Galactic plane. We then explore the disturbances of the current disc, the spatial and kinematical distributions of early accreted versus in situ stars, the structures in the outer parts of the disc, and the orbits of open clusters Berkeley 29 and Saurer 1.
Results: With the improved astrometry and photometry of EDR3, we find that: (i) the dynamics of the Galactic disc are very complex with oscillations in the median rotation and vertical velocities as a function of radius, vertical asymmetries, and new correlations, including a bimodality with disc stars with large angular momentum moving vertically upwards from below the plane, and disc stars with slightly lower angular momentum moving preferentially downwards; (ii) we resolve the kinematic substructure (diagonal ridges) in the outer parts of the disc for the first time; (iii) the red sequence that has been associated with the proto-Galactic disc that was present at the time of the merger with Gaia-Enceladus-Sausage is currently radially concentrated up to around 14 kpc, while the blue sequence that has been associated with debris of the satellite extends beyond that; (iv) there are density structures in the outer disc, both above and below the plane, most probably related to Monoceros, the Anticentre Stream, and TriAnd, for which the Gaia data allow an exhaustive selection of candidate member stars and dynamical study; and (v) the open clusters Berkeley 29 and Saurer 1, despite being located at large distances from the Galactic centre, are on nearly circular disc-like orbits.
Conclusions: Even with our simple preliminary exploration of the Gaia EDR3, we demonstrate how, once again, these data from the European Space Agency are crucial for our understanding of the different pieces of our Galaxy and their connection to its global structure and history.

Movie is available at https://www.aanda.org 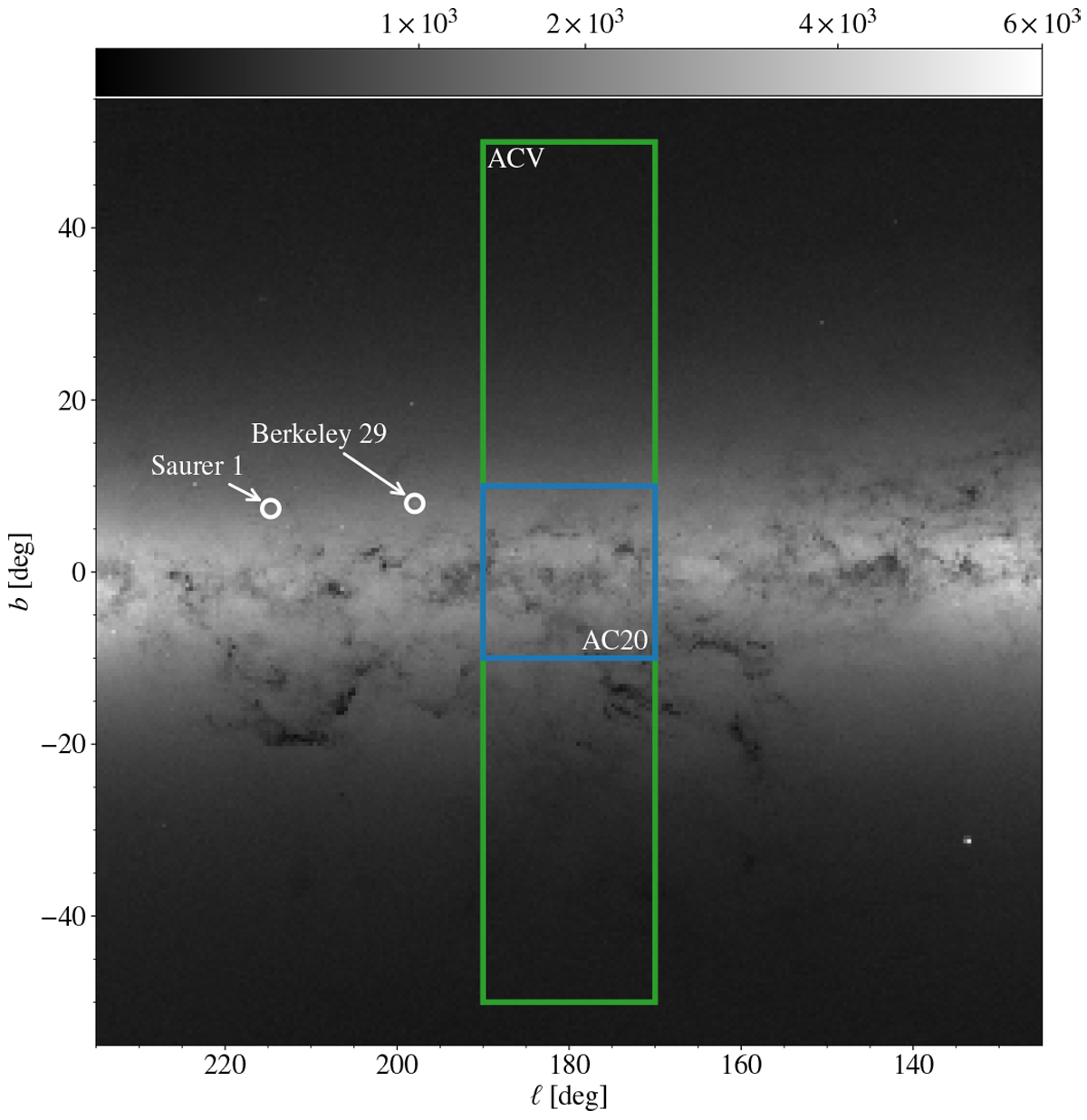