Context. Radio active galactic nuclei (AGN) are traditionally separated into two Fanaroff-Riley (FR) type classes, edge-brightened FRII sources or edge-darkened FRI sources. With the discovery of a plethora of radio AGN of different radio shapes, this dichotomy is becoming too simplistic in linking the radio structure to the physical properties of radio AGN, their hosts, and their environment.
Aims: We probe the physical properties and large-scale environment of radio AGN in the faintest FR population to date, and link them to their radio structure. We use the VLA-COSMOS Large Project at 3 GHz (3 GHz VLA-COSMOS), with a resolution and sensitivity of 0.″75 and 2.3 μJy beam−1 to explore the FR dichotomy down to μJy levels.
Methods: We classified objects as FRIs, FRIIs, or hybrid FRI/FRII based on the surface-brightness distribution along their radio structure. Our control sample was the jet-less/compact radio AGN objects (COM AGN), which show excess radio emission at 3 GHz VLA-COSMOS exceeding what is coming from star-formation alone; this sample excludes FRs. The largest angular projected sizes of FR objects were measured by a machine-learning algorithm and also by hand, following a parametric approach to the FR classification. Eddington ratios were calculated using scaling relations from the X-rays, and we included the jet power by using radio luminosity as a probe. Furthermore, we investigated their host properties (star-formation ratio, stellar mass, morphology), and we explore their incidence within X-ray galaxy groups in COSMOS, and in the density fields and cosmic-web probes in COSMOS.
Results: Our sample is composed of 59 FRIIs, 32 FRI/FRIIs, 39 FRIs, and 1818 COM AGN at 0.03 ≤ z ≤ 6. On average, FR objects have similar radio luminosities (L3 GHz ∼ 1023 W Hz−1 sr−1), spanning a range of 1021−26 W Hz−1 sr−1, and they lie at a median redshift of z ∼ 1. The median linear projected size of FRIIs is 106.636.9238.2 kpc, larger than that of FRI/FRIIs and FRIs by a factor of 2−3. The COM AGN have sizes smaller than 30 kpc, with a median value of 1.71.54.7 kpc. The median Eddington ratio of FRIIs is 0.0060.0050.007, a factor of 2.5 less than in FRIs and a factor of 2 higher than in FRI/FRII. When the jet power is included, the median Eddington ratios of FRII and FRI/FRII increase by a factor of 12 and 15, respectively. FRs reside in their majority in massive quenched hosts (M* > 1010.5 M⊙), with older episodes of star-formation linked to lower X-ray galaxy group temperatures, suggesting radio-mode AGN quenching. Regardless of their radio structure, FRs and COM AGN are found in all types and density environments (group or cluster, filaments, field).
Conclusions: By relating the radio structure to radio luminosity, size, Eddington ratio, and large-scale environment, we find a broad distribution and overlap of FR and COM AGN populations. We discuss the need for a different classification scheme, that expands the classic FR classification by taking into consideration the physical properties of the objects rather than their projected radio structure which is frequency-, sensitivity- and resolution-dependent. This point is crucial in the advent of current and future all-sky radio surveys. 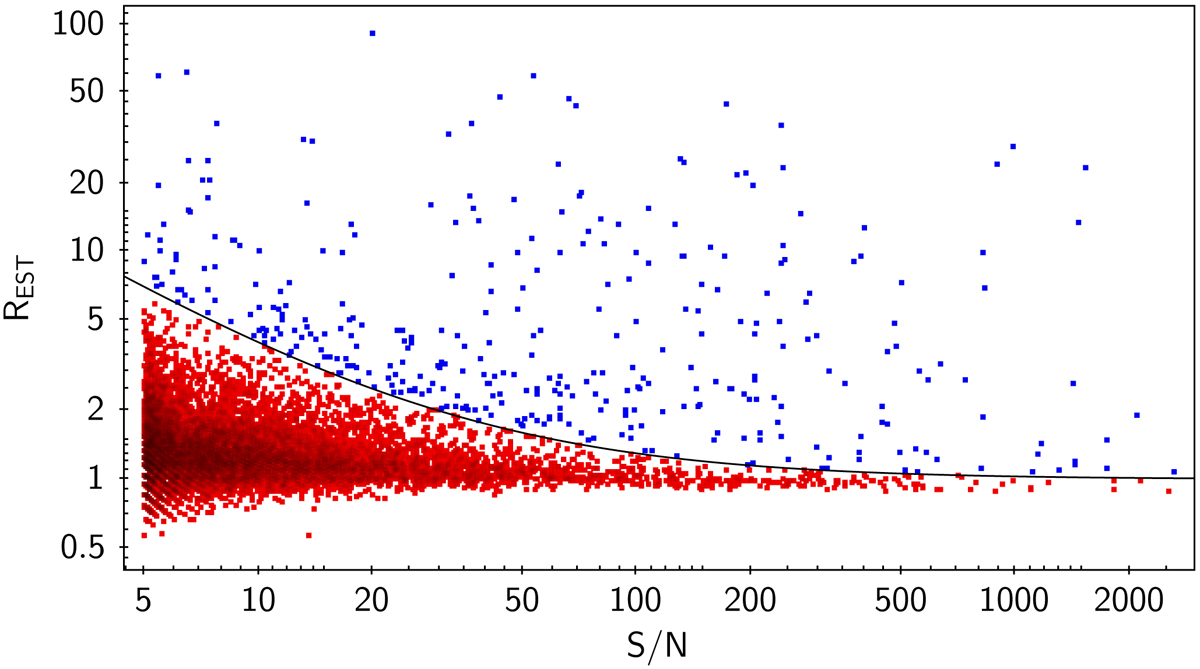