The β Pictoris b Hill sphere transit campaign. I. Photometric limits to dust and rings


Aims: Photometric monitoring of β Pic in 1981 showed anomalous fluctuations of up to 4% over several days, consistent with foreground material transiting the stellar disk. The subsequent discovery of the gas giant planet β Pic b and the predicted transit of its Hill sphere to within a 0.1 au projected separation of the planet provided an opportunity to search for the transit of a circumplanetary disk (CPD) in this 21 ± 4 Myr-old planetary system. We aim to detect, or put an upper limit on, the density and nature of the material in the circumplanetary environment of the planet via the continuous photometric monitoring of the Hill sphere transit that occurred in 2017 and 2018.
Methods: Continuous broadband photometric monitoring of β Pic requires ground-based observatories at multiple longitudes to provide redundancy and to provide triggers for rapid spectroscopic follow-up. These include the dedicated β Pic monitoring bRing observatories in Sutherland and Siding Springs, the ASTEP400 telescope at Concordia, and the space observatories BRITE and the Hubble Space Telescope (HST). We search the combined light curves for evidence of short-period transient events caused by rings as well as for longer-term photometric variability due to diffuse circumplanetary material.
Results: We find no photometric event that matches with the event seen in November 1981, and there is no systematic photometric dimming of the star as a function of the Hill sphere radius.
Conclusions: We conclude that the 1981 event was not caused by the transit of a CPD around β Pic b. The upper limit on the long-term variability of β Pic places an upper limit of 1.8 × 1022 g of dust within the Hill sphere (comparable to the ~100 km radius asteroid 16 Psyche). Circumplanetary material is either condensed into a disk that does not transit β Pic, condensed into a disk with moons that has an obliquity that does not intersect with the path of β Pic behind the Hill sphere, or is below our detection threshold. This is the first time that a dedicated international campaign has mapped the Hill sphere transit of an extrasolar gas giant planet at 10 au. 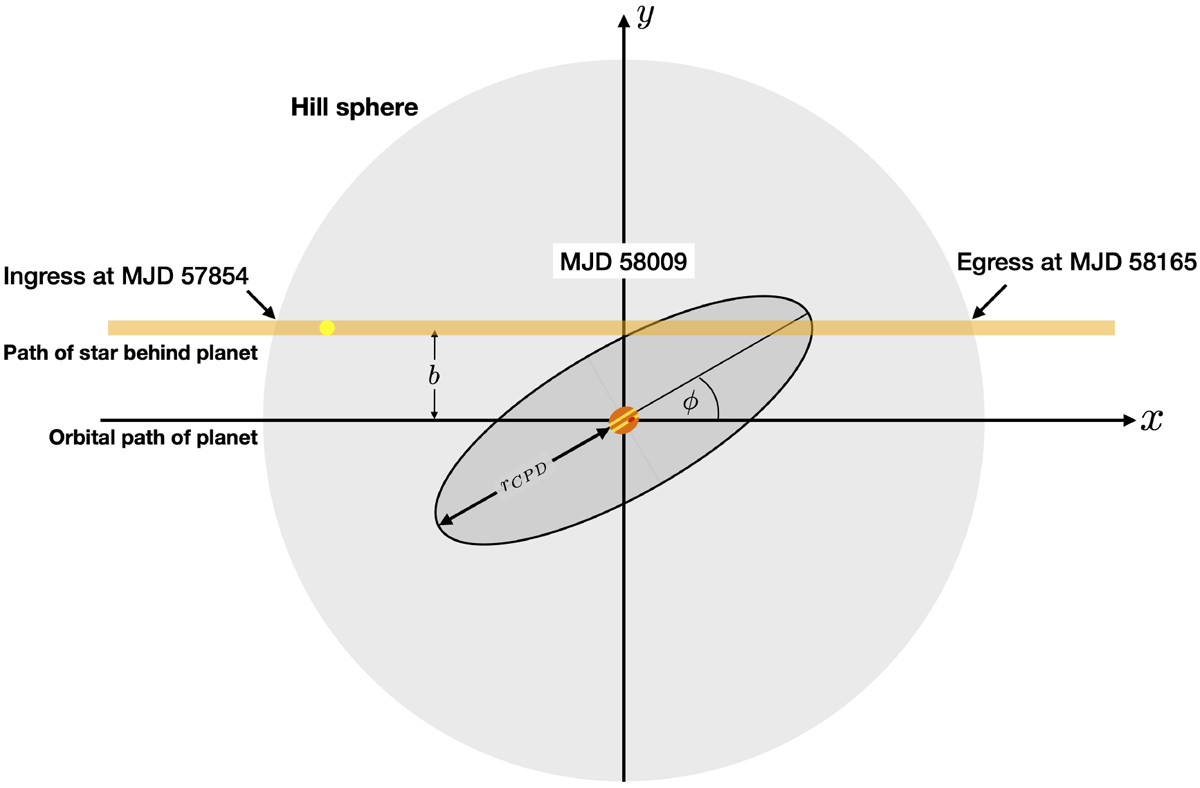