We present a case study in which we used a novel method to identify red supergiant (RSG) candidates in NGC 6822 based on their 1.6 μm H-bump. We collected 32 bands of photometric data for NGC 6822 ranging from the optical to the mid-infrared, derived from Gaia, PS1, LGGS, VHS, UKIRT, IRSF, HAWK-I, Spitzer, and WISE. Using the theoretical spectra from MARCS, we demonstrate that there is a prominent difference around 1.6 μm (H-bump) between targets with high and low surface gravity (HSG and LSG). Taking advantage of this feature, we identify efficient color-color diagrams of rzH (r − z vs. z − H) and rzK (r − z vs. z − K) to separate HSG (mostly foreground dwarfs) and LSG targets (mainly background red giant stars, asymptotic giant branch stars, and RSGs) from crossmatching of optical and near-infrared (NIR) data. Moreover, synthetic photometry from ATLAS9 gives similar results. We further separated RSG candidates from the remaining LSG candidates as determined by the H-bump method by using semi-empirical criteria on NIR color-magnitude diagrams, where both the theoretic cuts and morphology of the RSG population are considered. This separation produced 323 RSG candidates. The simulation of foreground stars with Besançon models also indicates that our selection criteria are largely free from the contamination of Galactic giants. In addition to the H-bump method, we used the traditional BVR method (B − V vs. V − R) as a comparison and/or supplement by applying a slightly aggressive cut to select as many RSG candidates as possible (358 targets). Furthermore, the Gaia astrometric solution was used to constrain the sample, where 181 and 193 targets were selected with the H-bump and BVR method, respectively. The percentages of selected targets in the two methods are similar at ∼60%, indicating a comparable accuracy of the two methods. In total, there are 234 RSG candidates after combining targets from the two methods, and 140 (∼60%) of them are in common. The final RSG candidates are in the expected locations on the mid-infrared color-magnitude diagram with [3.6]−[4.5] ≲ 0 and J − [8.0] ≈ 1.0. The spatial distribution is also coincident with the far-ultraviolet-selected star formation regions, suggesting that the selection is reasonable and reliable. We indicate that our method can also be used to identify other LSG targets, such as red giants and asymptotic giant branch stars, and it can also be applied to most of the nearby galaxies by using recent large-scale ground-based surveys. Future ground- and space-based facilities may promote its application beyond the Local Group. 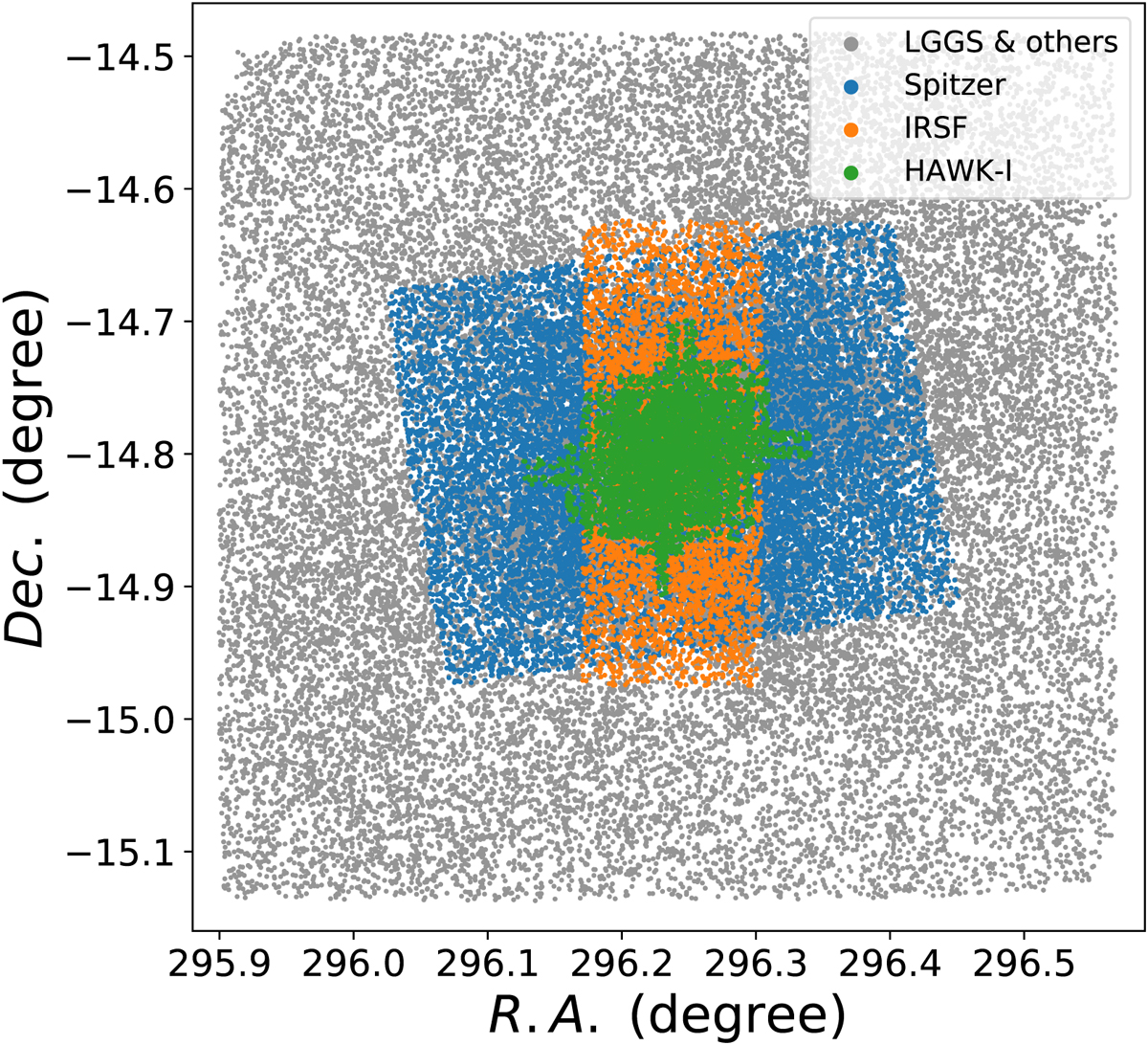