New mass-loss rates of B supergiants from global wind models

Massive stars lose a significant fraction of mass during their evolution. However, the corresponding mass-loss rates are rather uncertain, especially for evolved stars. To improve this, we calculated global line-driven wind models for Galactic B supergiants. Our models predict radial wind structure and particularly the mass-loss rates and terminal velocities directly from basic stellar parameters. The hydrodynamic structure of the flow is consistently determined from the photosphere in nearly hydrostatic equilibrium to supersonically expanding wind. The radiative force is derived from the solution of the radiative transfer equation in the comoving frame. We provide a simple formula that predicts theoretical mass-loss rates as a function of stellar luminosity and effective temperature. The mass-loss rate of B supergiants slightly decreases with temperature down to about 22.5 kK, where the region of recombination of Fe IV to Fe III starts to appear. In this region, which is about 5 kK wide, the mass-loss rate gradually increases by a factor of about 6. The increase of the mass-loss rate is associated with a gradual decrease of terminal velocities by a factor of about 2. We compared the predicted wind parameters with observations. While the observed wind terminal velocities are reasonably reproduced by the models, the situation with mass-loss rates is less clear. The mass-loss rates derived from observations that are uncorrected for clumping are by a factor of 3 to 9 higher than our predictions on cool and hot sides of the studied sample, respectively. These observations can be reconciled with theory assuming a temperature-dependent clumping factor that is decreasing toward lower effective temperatures. On the other hand, the mass-loss rate estimates that are not sensitive to clumping agree with our predictions much better. Our predictions are by a factor of about 10 lower than the values currently used in evolutionary models appealing for reconsideration of the role of winds in the stellar evolution. 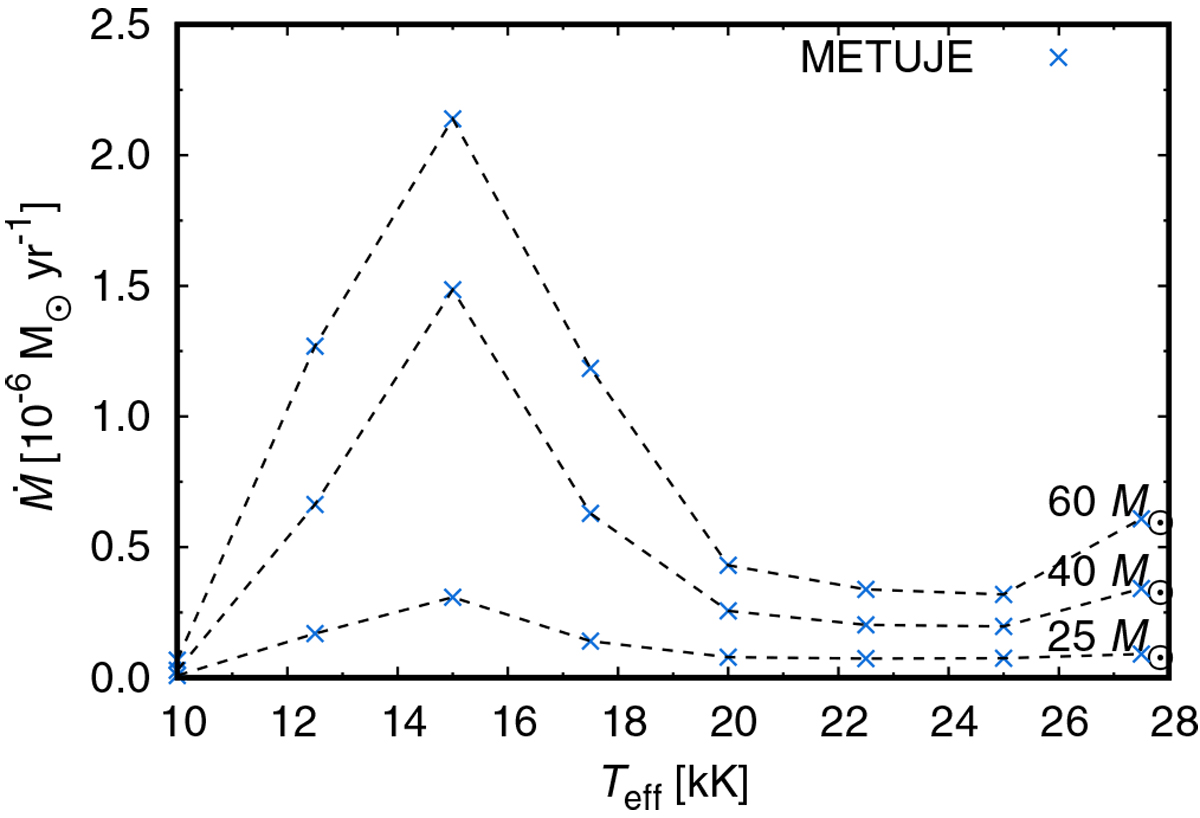