The atmosphere of HD 209458b seen with ESPRESSO. No detectable planetary absorptions at high resolution

We observed two transits of the iconic gas giant HD 209458b between 380 and 780 nm, using the high-resolution ESPRESSO spectrograph. The derived planetary transmission spectrum exhibits features at all wavelengths where the parent star shows strong absorption lines, for example, Na I, Mg I, Fe I, Fe II, Ca I, V I, Hα, and K I. We interpreted these features as the signature of the deformation of the stellar line profiles due to the Rossiter-McLaughlin effect, combined with the centre-to-limb effects on the stellar surface, which is in agreement with similar reports recently presented in the literature. We also searched for species that might be present in the planetary atmosphere but not in the stellar spectra, such as TiO and VO, and obtained a negative result. Thus, we find no evidence of any planetary absorption, including previously reported Na I, in the atmosphere of HD 209458b. The high signal-to-noise ratio in the transmission spectrum (~1700 at 590 nm) allows us to compare the modelled deformation of the stellar lines in assuming different one-dimensional stellar atmospheric models. We conclude that the differences among various models and observations remain within the precision limits of the data. However, the transmission light curves are better explained when the centre-to-limb variation is not included in the computation and only the Rossiter-McLaughlin deformation is considered. This demonstrates that ESPRESSO is currently the best facility for spatially resolving the stellar surface spectrum in the optical range using transit observations and carrying out empirical validations of stellar models.

Based on Guaranteed Time Observations collected at the European Southern Observatory under ESO programme 1102.C-0744 by the ESPRESSO Consortium. 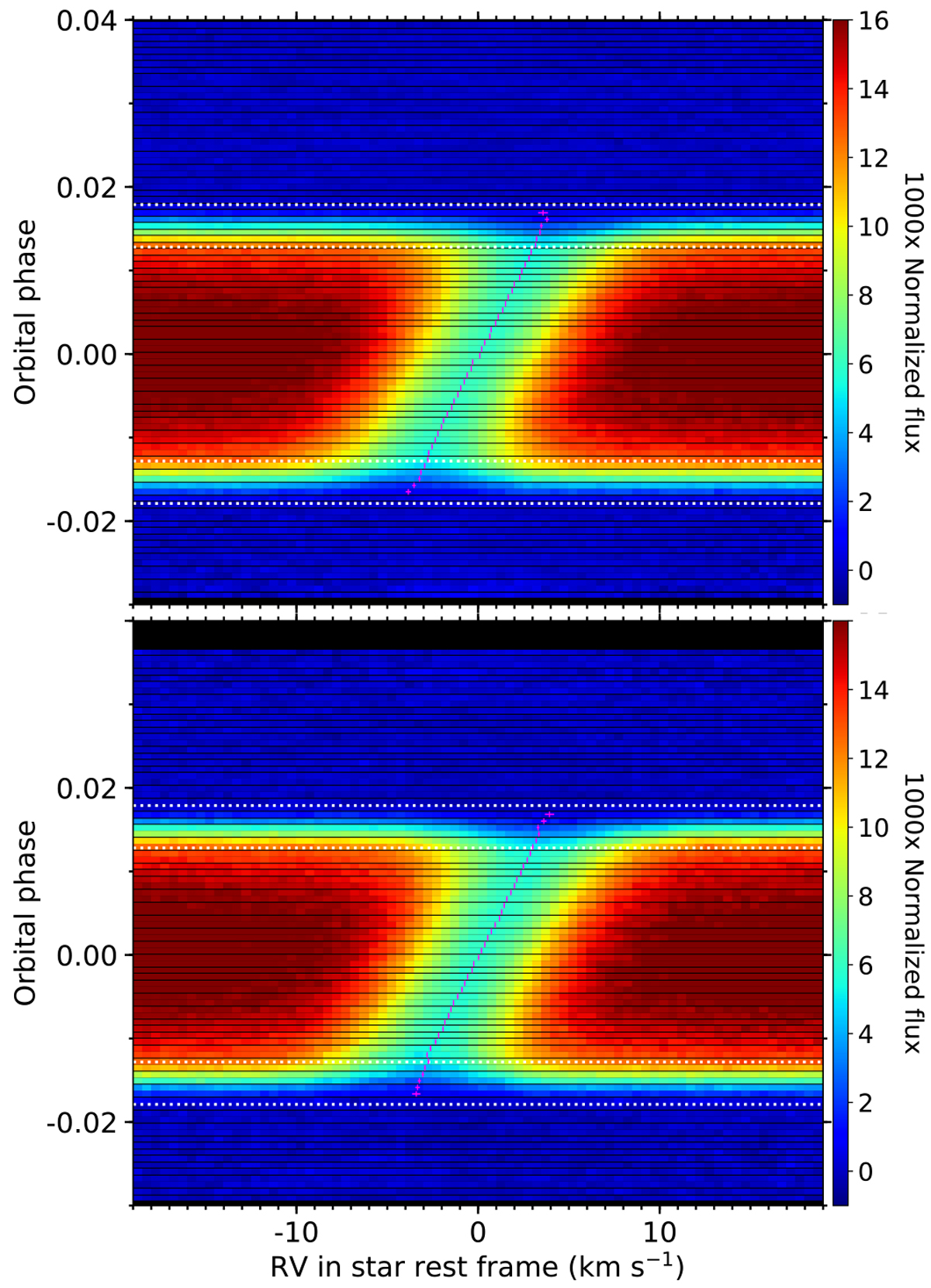