Context. The formation and evolution of light elements in the Universe act as important cosmological constraints. It has long been assumed that the oldest stars of the Galaxy display the primordial lithium abundance in their outer layers, although studies of stellar physics have proven that this abundance must have decreased with time. The primordial Li abundance deduced from the observations of the cosmic background is, indeed, larger than the maximum observed in these stars. Recent observations have given evidence of a large Li abundance dispersion in very metal-poor stars. Many of these stars are carbon-rich, that is, the so-called carbon-enhanced metal-poor (CEMP) stars. A large number of them also present overabundances of s process elements (CEMP-s).
Aims: We address the general question of the observed abundances in metal-poor stars and we focus our study on the case of CEMP-s stars. We study how the accretion of the wind of stellar companions, especially asymptotic giant branch stars, modifies the element abundances of metal-poor stars and, in particular, lithium, taking into account the stellar structure and the hydrodynamic processes that take place after accretion. We compare the results with the observations of lithium and heavier elements in these old stars on the main sequence.
Methods: We use the Montréal/Montpellier stellar evolution code, which includes atomic diffusion and thermohaline convection, to compute the internal structure of the proto-CEMP-s stars and their evolution, from [Fe/H] = -2.31 down to [Fe/H] = -5.45. We study a number of cases that vary according to the masses of the stars, their ages, metallicities, and the distances to their respective companions.
Results: We show that the observations of lithium dispersion that is associated (or not) with carbon enrichment are well accounted for in terms of accretion on to the metal-poor stars of the winds of stellar companions, with accreted masses smaller than those considered in previous studies. The derived primordial value is in accordance with the cosmological results. 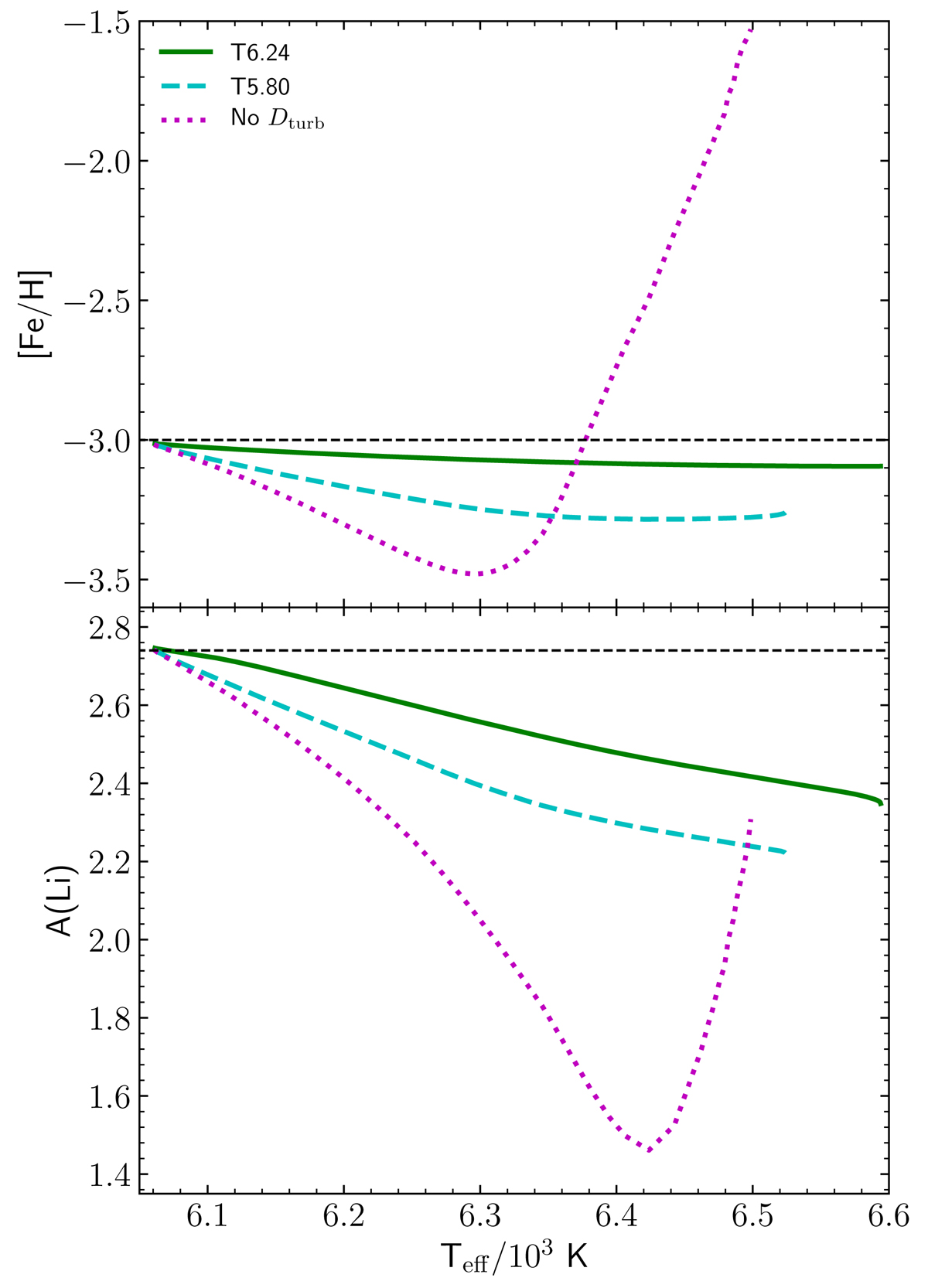