We present a new high-precision parametric strong lensing model of the galaxy cluster MACS J0416.1-2403, at z = 0.396, which takes advantage of the MUSE Deep Lensed Field (MDLF), with 17.1 h integration in the northeast region of the cluster, and Hubble Frontier Fields data. We spectroscopically identify 182 multiple images from 48 background sources at 0.9 < z < 6.2, and 171 cluster member galaxies. Several multiple images are associated to individual clumps in multiply lensed resolved sources. By defining a new metric, which is sensitive to the gradients of the deflection field, we show that we can accurately reproduce the positions of these star-forming knots despite their vicinity to the model critical lines. The high signal-to-noise ratio of the MDLF spectra enables the measurement of the internal velocity dispersion of 64 cluster galaxies, down to mF160W = 22. This allowed us to independently estimate the contribution of the subhalo mass component of the lens model from the measured Faber-Jackson scaling relation. Our best reference model, which represents a significant step forward compared to our previous analyses, was selected from a comparative study of different mass parametrizations. The root-mean-square displacement between the observed and model-predicted image positions is only 0.40″, which is 33% smaller than in all previous models. The mass model appears to be particularly well constrained in the MDLF region. We characterize the robustness of the magnification map at varying distances from the model critical lines and the total projected mass profile of the cluster.

Based on observations collected at the European Southern Observatory for Astronomical research in the Southern Hemisphere under ESO programmes with ID 0100.A-0763(A), 094.A-0115B, 094.A-0525(A). 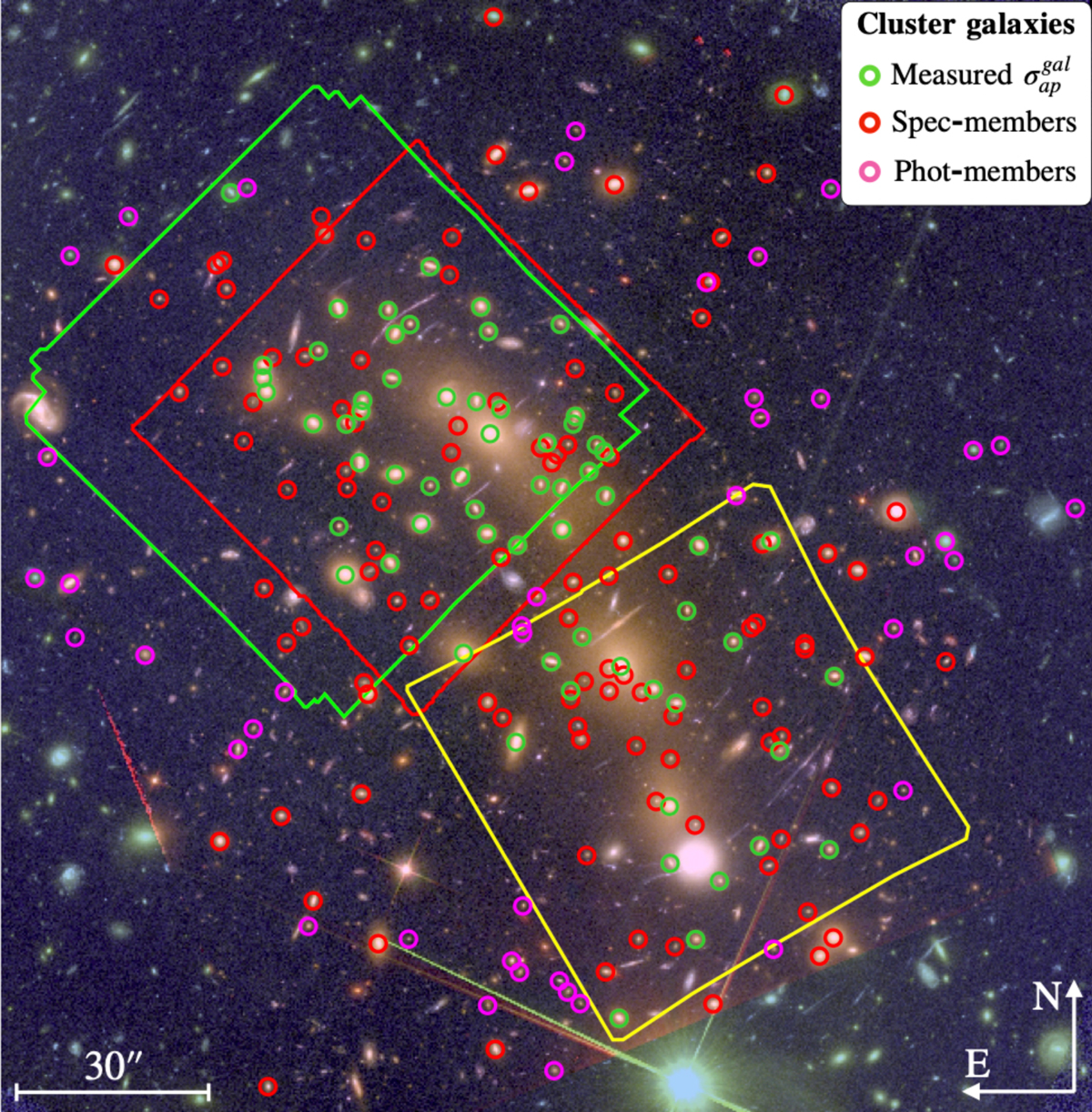