The complex of star-forming regions in Perseus is one of the most studied due to its proximity (about 300 pc). In addition, its regions show variation in star-formation activity and age, with formation of low-mass and intermediate-mass stars. In this paper, we present analyses of images taken with the Herschel ESA satellite from 70 μm to 500 μm. From these images, we first constructed column density and dust temperature maps. We then identified compact cores in the maps at each wavelength, and characterised the cores using modified blackbody fits to their spectral energy distributions (SEDs): we identified 684 starless cores, of which 199 are bound and potential prestellar cores, and 132 protostars. We also matched the Herschel-identified young stars with Gaia sources to model distance variations across the Perseus cloud. We measure a linear gradient function with right ascension and declination for the entire cloud. This function is the first quantitative attempt to derive the gradient in distance across Perseus, from east to west, in an analytical form. We derived mass and temperature of cores from the SED fits. The core mass function can be modelled with a log-normal distribution that peaks at 0.82 M⊙ suggesting a star formation efficiency of 0.30 for a peak in the system initial mass function of stars at 0.25 M⊙. The high-mass tail can be modelled with a power law of slope ~-2.32, which is close to the Salpeter's value. We also identify the filamentary structure of Perseus and discuss the relation between filaments and star formation, confirming that stars form preferentially in filaments. We find that the majority of filaments with ongoing star formation are transcritical against their own internal gravity because their linear masses are below the critical limit of 16 M⊙ pc-1 above which we expect filaments to collapse. We find a possible explanation for this result, showing that a filament with a linear mass as low as 8 M⊙ pc-1 can already be unstable. We confirm a linear relationship between star formation efficiency and the slope of dust probability density function, and we find a similar relationship with the core formation efficiency. We derive a lifetime for the prestellar core phase of 1.69 ± 0.52 Myr for the whole Perseus complex but different regions have a wide range in prestellar core fractions, suggesting that star formation began only recently in some clumps. We also derive a free-fall time for prestellar cores of 0.16 Myr. 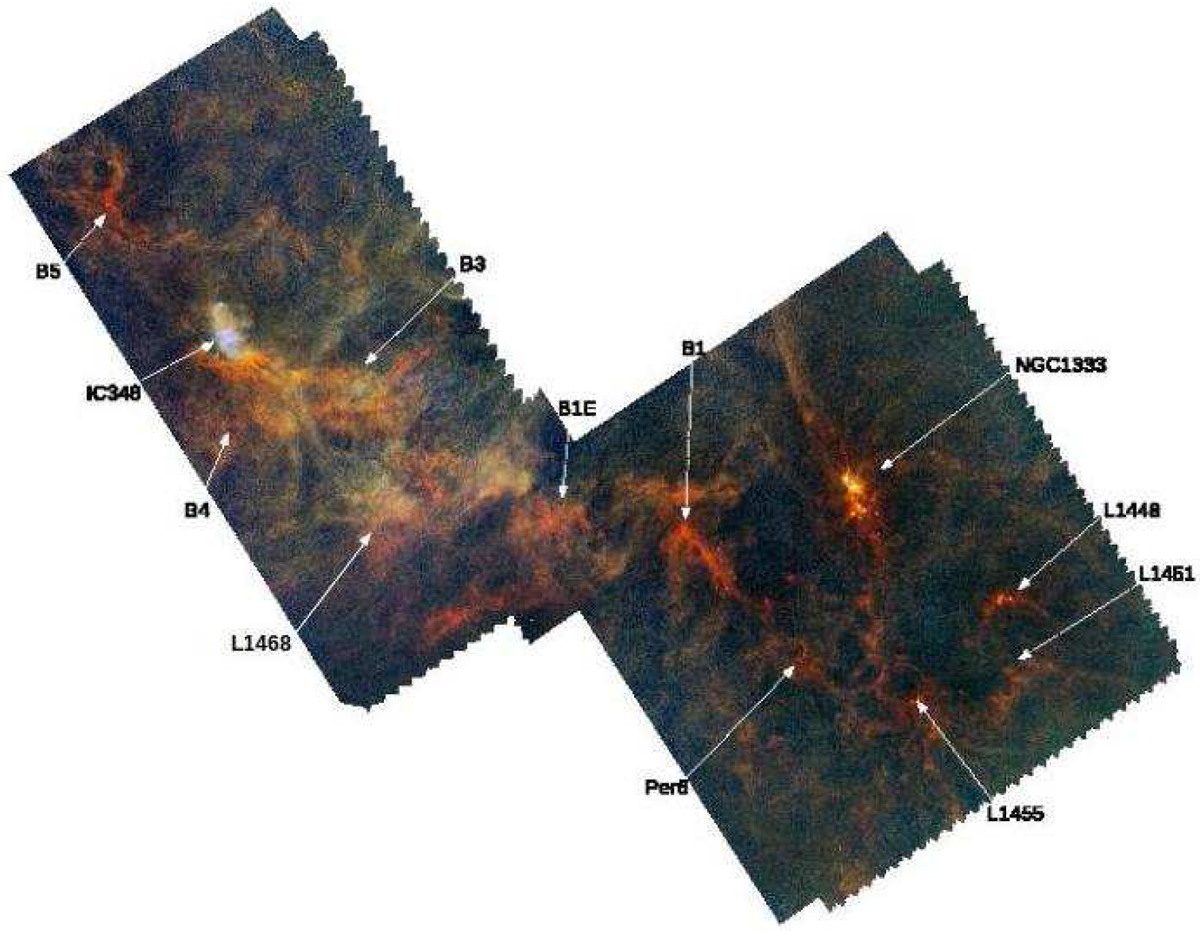