The ALMA-PILS survey: first detection of the unsaturated 3-carbon molecules Propenal (C2H3CHO) and Propylene (C3H6) towards IRAS 16293-2422 B

Context. Complex organic molecules with three carbon atoms are found in the earliest stages of star formation. In particular, propenal (C2H3CHO) is a species of interest due to its implication in the formation of more complex species and even biotic molecules.
Aims: This study aims to search for the presence of C2H3CHO and other three-carbon species such as propylene (C3H6) in the hot corino region of the low-mass protostellar binary IRAS 16293-2422 to understand their formation pathways.
Methods: We use ALMA observations in Band 6 and 7 from various surveys to search for the presence of C3H6 and C2H3CHO towards the protostar IRAS 16293-2422 B (IRAS 16293B). The identification of the species and the estimates of the column densities and excitation temperatures are carried out by modeling the observed spectrum under the assumption of local thermodynamical equilibrium.
Results: We report the detection of both C3H6 and C2H3CHO towards IRAS 16293B, however, no unblended lines were found towards the other component of the binary system, IRAS 16293A. We derive column density upper limits for C3H8, HCCCHO, n-C3H7OH, i-C3H7OH, C3O, and cis-HC(O)CHO towards IRAS 16293B. We then use a three-phase chemical model to simulate the formation of these species in a typical prestellar environment followed by its hydrodynamical collapse until the birth of the central protostar. Different formation paths, such as successive hydrogenation and radical-radical additions on grain surfaces, are tested and compared to the observational results in a number of different simulations, to assess which are the dominant formation mechanisms in the most embedded region of the protostar.
Conclusions: The simulations reproduce the abundances within one order of magnitude from those observed towards IRAS 16293B, with the best agreement found for a rate of 10-12 cm3 s-1 for the gas-phase reaction C3 + O → C2 + CO. Successive hydrogenations of C3, HC(O)CHO, and CH3OCHO on grain surfaces are a major and crucial formation route of complex organics molecules, whereas both successive hydrogenation pathways and radical-radical addition reactions contribute to the formation of C2H5CHO. 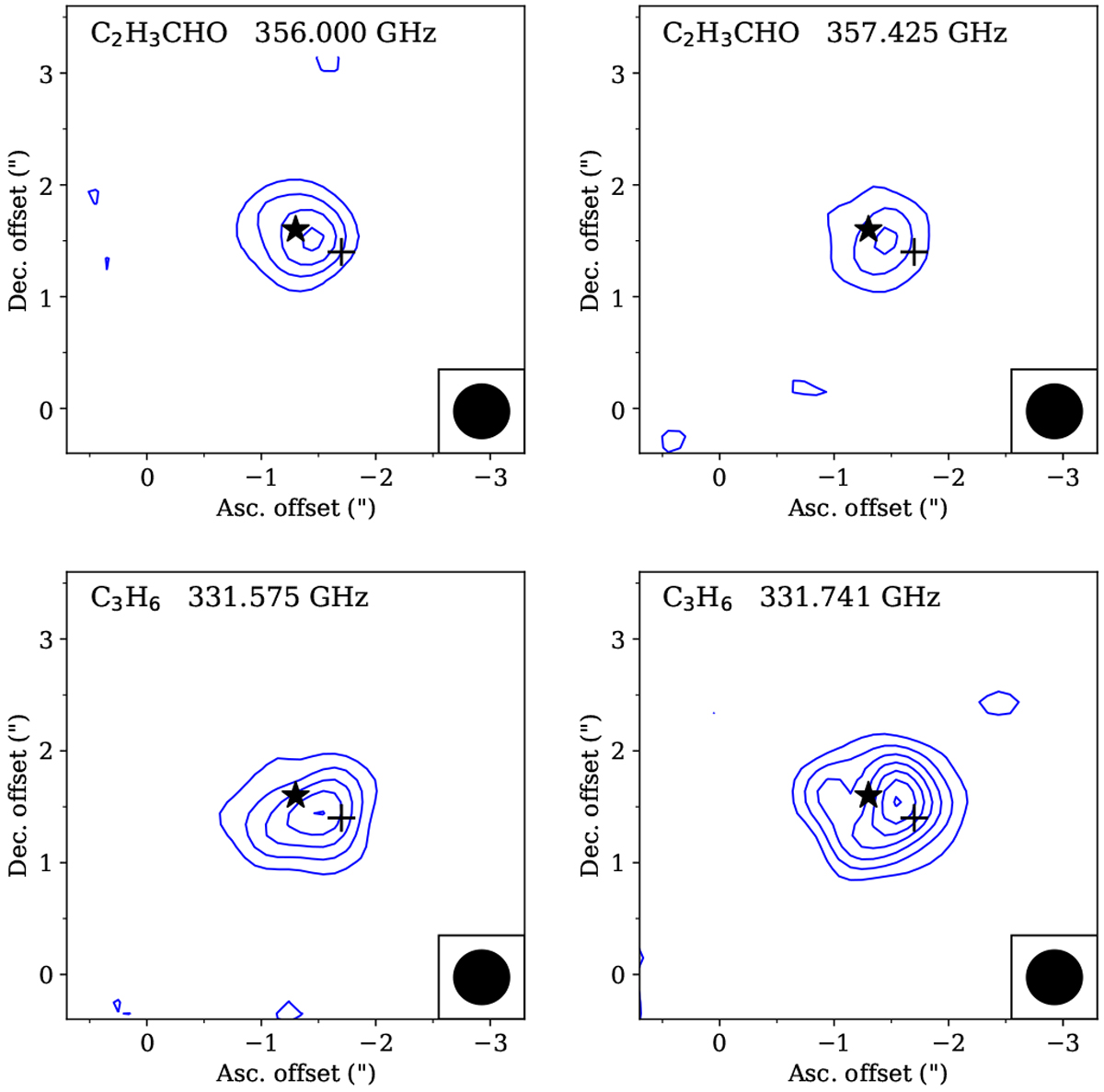