On the Evolution of the Globular Cluster System in NGC 1052-DF2: Dynamical Friction, Globular-Globular Interactions, and Galactic Tides

The ultradiffuse galaxy NGC 1052-DF2 has an overabundance of luminous globular clusters (GCs), and its kinematics is consistent with the presence of little to no dark matter. As the velocity dispersion among the GCs is comparable to the expected internal dispersions of the individual GCs, the galaxy might be highly conducive to GC-GC merging. If true, this could explain the puzzling luminosity function of its GCs. Here we examine this possibility by resimulating three of our earlier simulations of the GC system, where the GCs were modeled as single particles, with live GCs. Somewhat surprisingly, we infer a low merger rate of ∼0.03 Gyr-1. The main reason is that the GCs are too dense for tidal shock capture, caused by impulsive encounters among them, to operate efficiently (we infer a tidal capture rate of only ∼0.002 Gyr-1). Therefore, whatever mergers occur are driven by other mechanisms, which we find to be captures induced by dynamical friction and compressive tides from other GCs. The low merger rate inferred here makes it unlikely that the unusually large luminosities of the GCs can be explained as a result of past GC-GC mergers. Our simulations also indicate that, if NGC 1052-DF2 is indeed largely devoid of dark matter, its tidal field is too weak to induce any significant mass loss from the GCs. Therefore, in such a scenario, we predict that it is improbable for the GCs to reveal tidal features, something that can be tested with future deep observations. 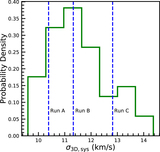